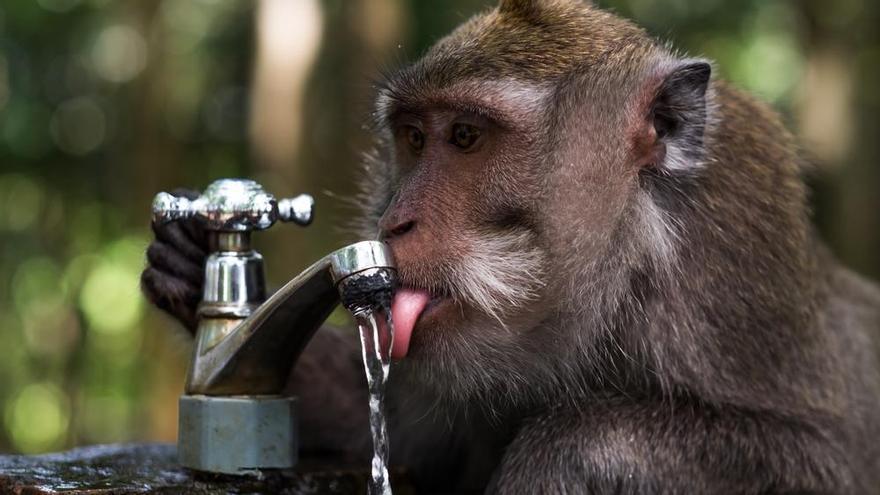 An ancient change in the body’s ability to conserve water may have allowed early humans venture further from lakes and streams in search of food.

This is the conclusion of a study that, for the first time, accurately measures how much water humans lose and replace each day compared to our primate cousins. Research shows that the human body uses 30% to 50% less water per day than chimps, gorillas, bonobos, and orangutans.

Our bodies are constantly losing water: when we sweat, we go to the bathroom, even when we breathe. That water must be replenished to keep the volume of blood and other body fluids within normal ranges. And yet the research, published in the journal ‘Current Biology’ shows that the human body uses 30% to 50% less water per day than primates. In other words, among primates, humans evolved to become the low-flow model, EurekaAlert reports.

An ancient change in our bodies’ ability to conserve water may have allowed our hunter-gatherer ancestors to venture further out of streams and troughs in search of food, explains lead author Herman Pontzer, associate professor of evolutionary anthropology at the University of Duke, in the United States. “Even just being able to go a little longer without water would have been a huge advantage when the first humans began to make a living in the dry landscapes of the savannah“, it needs.

The study compared the water turnover of 309 people with a variety of lifestyles, from farmers and hunter-gatherers to office workers, with that of 72 apes living in zoos and sanctuaries.

To keep fluid balance within a healthy range, the body of a human or any other animal is a bit like a bathtub: “the water that enters has to be equal to the water that leaves”, Pontzer explains. You lose water by sweating, for example, and your body’s thirst signals kick in and tell us to drink. Drink more water than your body needs, and your kidneys remove excess fluid.

For each individual in the study, the researchers calculated water intake through food and drink, on the one hand, and water lost through sweat, urine, and the gastrointestinal tract, on the other hand. When they added up all the inputs and outputs, they found that the average person processes about three liters, or 12 cups, of water per day. A chimpanzee or gorilla living in a zoo suffers twice.

Pontzer recalls that the researchers were surprised by the results because, among primates, humans have an uncanny ability to sweat. Per square inch of skin, “Humans have 10 times more sweat glands than chimpanzees”, Pontzer points out. That makes it possible for a person about two liters during a one-hour workout. Add to that the fact that great apes (chimps, bonobos, gorillas, and orangutans) lead lazy lives. “Most apes spend 10 to 12 hours a day resting or feeding, and then they sleep for 10 hours. They only really move a couple of hours a day“Pontzer adds.

But the researchers controlled for differences in weather, body size, and factors like activity level and calories burned per day. So they came to the conclusion that saving water for humans was real, And not just based on where people lived or their level of physical activity.

The findings suggest that something changed throughout human evolution that reduced the amount of water our bodies use each day to stay healthy. Then, like now, we could probably only survive a few days without drinking, he notes. “You probably won’t break that eco-strap, but at least you get a longer one if you can go longer without water,” apostille.

The next step, says Pontzer, is to pinpoint how this physiological change occurred. One hypothesis, suggested by the data, is that our body’s thirst response readjusted so that we generally crave less water per calorie compared to our ape relatives. Even when we are babies, long before our first solid food, The water-to-calories ratio of human breast milk is 25% lower than that of other great apes.

Another possibility is right in front of our face: fossil evidence suggests that approximately 1.6 million years ago, with the onset of Homo erectus, humans began to develop a more prominent nose. Our cousins ​​gorillas and chimpanzees have much flatter noses.

Our nasal passages help conserve water by cooling and condensing the water vapor in exhaled air, turning it back into liquid inside our nose, where it can be reabsorbed.

Having a more protruding nose may have helped early humans retain more moisture with each breath.

“There is still a mystery to be solved, but clearly humans are saving water,” says Pontzer. Finding out exactly how we do it is the next step, and that’s going to be a lot of fun. “