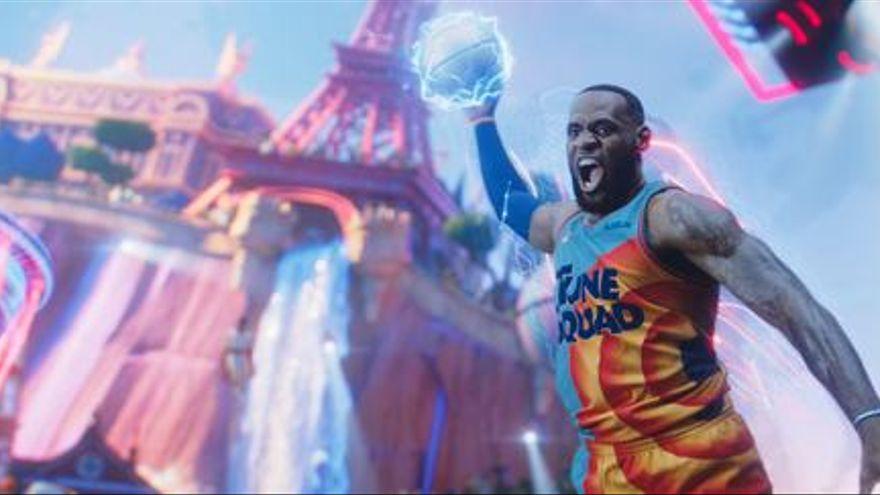 One by french comedies with hints of summer, a new version of the horror saga ‘Km 666: detour to hell’ O the last trip to the big screen of the actress Kelly Preston are some of the proposals of the movie billboard this weekend.

On “The trip of their lives”, Jules Williamson’s first fictional feature film, three friends in their 50s recreate a train journey through Europe accompanied by 17-year-old Maddie, who takes the place of her recently deceased mother. An interrail full of unexpected events, losses and romance in which the passengers will try to iron out the grudges of the past, rediscover the value of friendship and the power they have to change what they do not like in their lives. This was the last film made by actress Kelly Preston (“Jerry Maguire”, “Twins hit twice”), who died a year ago.

For lovers of the saga comes “Space Jam: New Legends”, a sequel that follows the NBA star LeBron James, who is trapped with his son Dom in a strange place, a digital space of an all-powerful and evil force known as AI To return home and save his son, the basketball player must join forces with Bugs Bunny, Lola Bunny and the rest of the characters of the Looney Tunes to face the champions digitized by Artificial Intelligence in a basketball game. Directed by Malcolm D. Lee, the film stars LeBron James, Don Cheadle, and Sonequa Martin-Green.

Terror and gore in the new version of the saga that started 18 years ago with “Km 666: detour to hell”. “Wrong Turn: Path to Hell” tells the story of a group of friends who, while hiking along the Appalachian Trail in the United States, fall into a trap. Now his life will be in danger when he meets The Foundation, a community of people who have lived in the mountains for hundreds of years and are fighting to preserve their way of life. Created by Mike P. Nelson, it is the first great role of the Spanish Charlotte Vega in Hollywood.

An agonizing debate on duality

Mar Tarragona (producer of titles such as “The orphanage”, “Julia’s eyes” and “The body”) presents the suspense thriller with dark touches “DOS”, which tells the story of two complete strangers (played by Marina Gatell and Pablo Derqui) whose lives will be inexplicably linked forever. A man and a woman with nothing in common, who one day wake up surgically joined by the abdomen and try to discover what has led them there.

The actor Secun de la Rosa presents his first project as a director, “El Cover”, a romantic and musical “dramedia” set in Benidorm that dignifies the work of those singers who live by interpreting the songs of others. The story follows in the footsteps of Dani, a young man who has inherited from his family the love of music and also the fear of failure. Rather than living off his dream, he makes a living working as a waiter, just like his parents. However, everything changes the summer when he meets Sandra (Marina Salas) one night in Benidorm. She is passionate about music that will make you change the way you understand art.

Directed by Nicolas Benamou and with Christian Clavier, Benoît Poelvoorde, Thierry Lhermitte in the cast, “Mystery in Saint-Tropez” is set in August 1970. As every year, the billionaire Claude Tranchant and his wife Eliane have invited the most popular from show business to his sumptuous villa in Saint-Tropez. Nothing seems to be able to spoil the party, save a disturbing sabotage of the couple’s convertible. Fearing being the victim of an assassination attempt, Tranchant asks his friend Chirac to speak to the best policeman in Paris. The investigator, however, will not be as expected.

The music of exuberant nature

The musician JJ Machuca presents “The dance of the worlds”, a documentary film directed and created by the composer, who through fauna and flora explores the earthly world through the forms of its protagonists, the textures of nature and the movement and change of the different elements in all their splendor.

Filmmaker Guillaume Brac presents “On boarding!” a French comedy with summery overtones. One hot summer night in Paris, Felix meets Alma. The date is going from strength to strength and they both end up sleeping together in a park. The next day, she has to go to spend the summer with her family in the south of France. The boy, who fell in love with the young woman, decides to surprise her and spend the summer with his better half. In the company of his best friend, Chérif, he begins a journey in a car shared with the unknown and prudish Edouard.

From Germany comes to the Netflix platform “Blood red sky”, by filmmaker Peter Thorwarth. The film tells the story of a woman with a mysterious blood disease who is forced into action when a group of terrorists hijack a night transatlantic flight. In order to protect her son, she will have to reveal her dark secret and unleash the inner monster that she has always tried to hide.

Jolt, the story of an explosive woman

Kate Beckinsale stars in the new action movie by Amazon Prime Video playing Lindy, a woman with powerful killer impulses. To control them, he wears a vest with electrodes that gives him an electric shock every time he has homicidal instincts. This technique helps her control her anger, but when her lover is killed, there will not be enough electricity in the world to stop her.

Llega a Netflix “The last letter”. Ellie Haworth (Felicity Jones) is an ambitious journalist who discovers a treasure trove of secret love letters from 1965 and decides to solve the mystery of this forbidden adventure. As you discover the story behind Jennifer Stirling (Shailene Woodley), the wife of a wealthy businessman, and Anthony O’Hare (Callum Turner), the financial journalist appointed to cover her life, the love story of his own Ellie begins to develop with the help of a serious and lovable archivist (Nabhaan Rizwan) who helps her locate more letters.