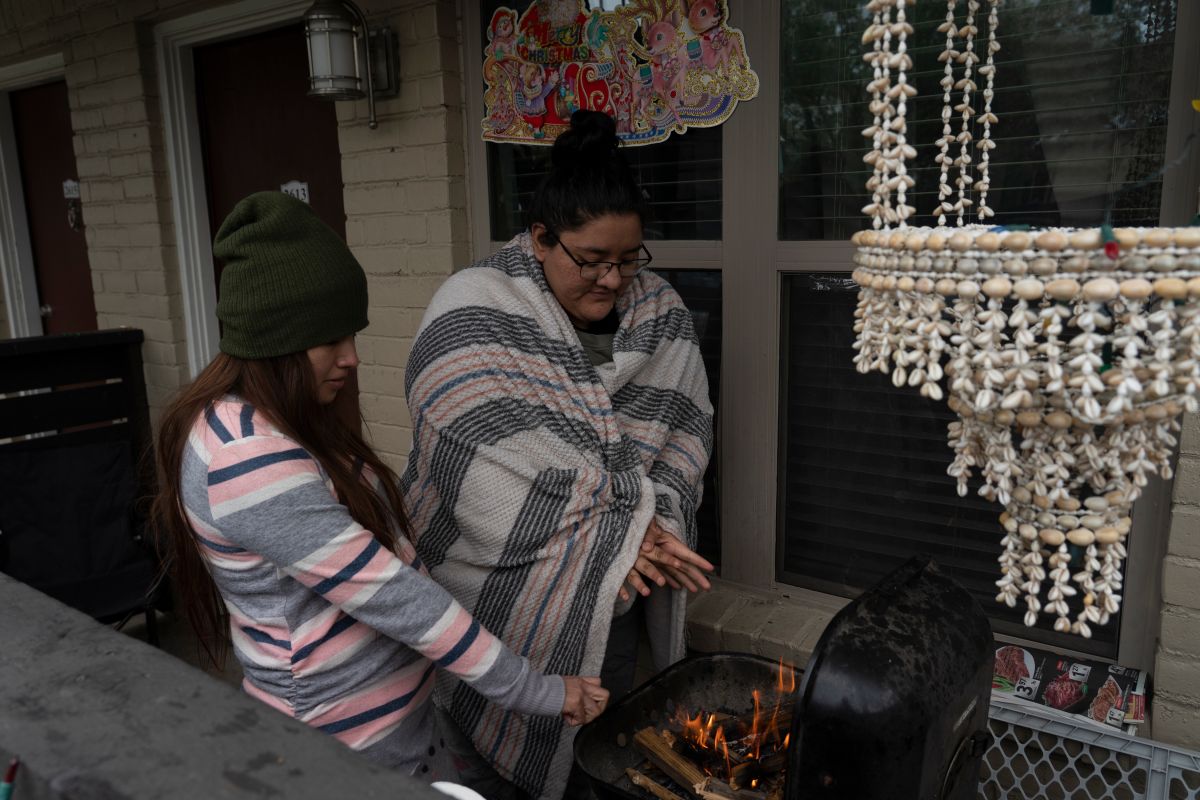 Texans have juggled a thousand and one heating and cooking without power as a result of the winter storm.

The hospitals of Texas have reported in recent days hundreds of cases of carbon monoxide poisoningBecause the low temperatures and power outages that have affected millions of people in that state have led many to seek unconventional and dangerous sources to keep heat in their homes.

In Harris County, the most populous in Texas, the authorities have reported at least 300 cases of poisoning. A woman and a girl residing in the city of Houston also lost their lives Tuesday after the family left the car running in the garage to ward off the cold due to the lack of electricity.

Harris County Judge Lina Hidalgo has said that the hundreds of intoxicated Texans in that county are just “the tip of the iceberg”And that the total number in the state is probably much higher.

“The truth of the matter is that this carbon monoxide poisoning is in many ways a disaster within a disaster,” Hidalgo said through a statement from the Office of Homeland Security and Emergency Management.

Until this Thursday, almost half a million people they continued without electricity and tens of thousands more also suffered from access to basic resources such as clean water, due to the strong winter storm that has affected Texas and much of the United States since the beginning of the week.

Videos circulating on social media have seen Texans resort to inventiveness and burn everything from old furniture to their children’s wooden toys to fuel fires and get warmth.

Also Read  Omicron: What is known and what is NOT known about this new variant of COVID

State and local officials attribute the majority of poisonings to the use of unsuitable heating sources that are not made for indoor usesuch as barbecue grills, portable generators, or car engines.

All of these devices release carbon monoxide, a colorless, odorless gas that, at certain levels, can cause permanent brain damage and even death, within minutes. Due to its characteristics, it is difficult to detect exposure to this gas, although sometimes It can produce flu-like symptoms such as headache, dizziness, or weakness.

The improper use of portable generators, which are very useful for providing power, but are fatal when used inside homes or garages, is a common source of death after severe weather events. This power source claimed about 900 lives between 2005 and 2017, according to an NPR report.

Doctors say that it is not uncommon for people to appear in hospitals during weather emergencies like this week, but that now the number of people poisoned by carbon monoxide is causing them alarm.

“We see some cases of carbon monoxide poisoning when we have cold weather,” a spokesperson for Memorial Hermann Health System in Houston told CNN. “But we usually don’t see that many patients in such a short period of time.”

Given the influx of patients, the hospital doctors have considered the situation a “very serious public health emergency.”

The Centers for Disease Control and Prevention (CDC) They recommend not using devices that expel carbon monoxide to generate heat indoors, as the main way to avoid poisoning.

These are the recommendations of the main health authority in the country to heat homes safely:

With information from CNN Y NPR

Dear subscriber, you need to generate a new password to The NY Journal.

Thanks for being a subscriber!

You have free items left