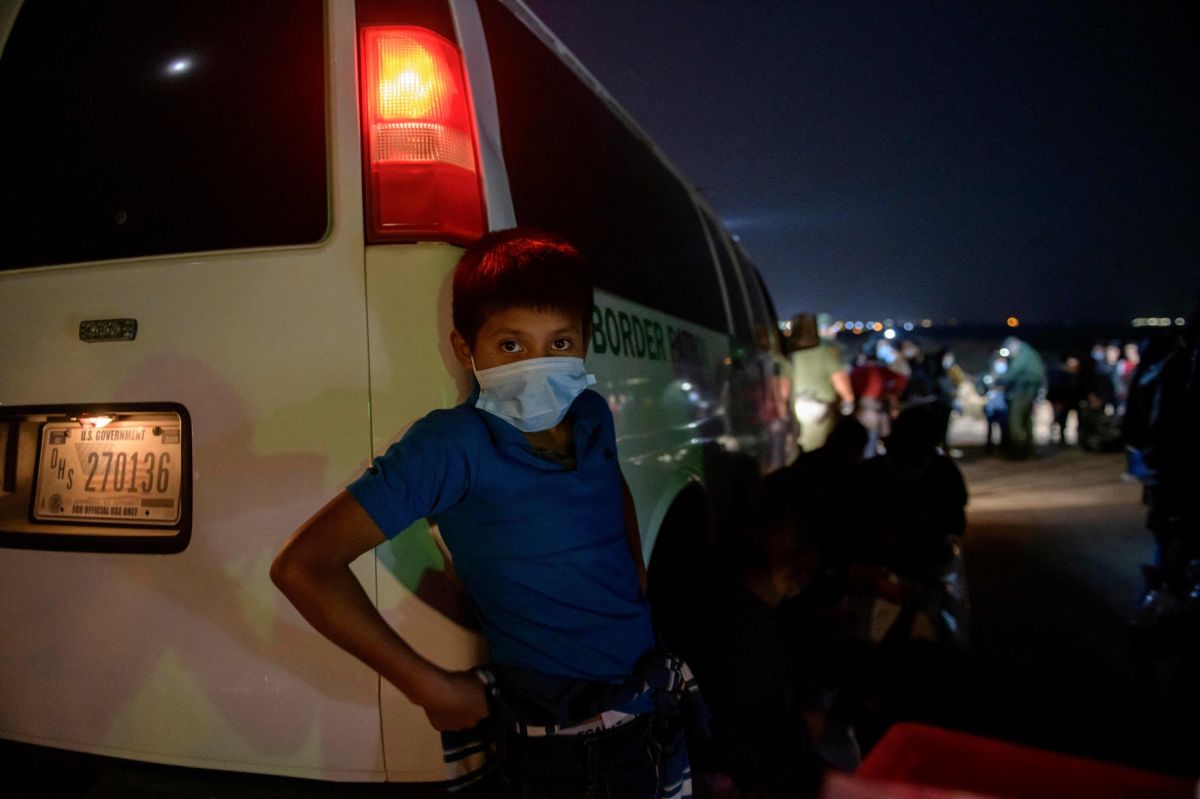 The children are cared for in different shelters of the federal government.

The first group of undocumented minors to be temporarily housed at the Convention Center in San Diego, California, arrived on Saturday night from Texas, local media reported this Sunday.

The group of girls between 13 and 17 years old, and without the company of an adult, arrived on Saturday night at the convention center, the first emergency shelter to be set up in California amid the incessant arrival of undocumented immigrants to the southern border American.

On Saturday, the mayor of this city, Todd Gloria, He pointed out that up to 500 girls would arrive that day and that the center hopes to house up to 1,400 migrant minors and asylum seekers in the United States.

“It is right”, defended the mayor in a press conference, together with congressmen and local authorities, in which he referred to the parents of immigrant minors: “They are parents who made impossible decisions, that you and I could not even imagine”added.

The shelter, opened in coordination with the federal Department of Health and Human Services (HHS, in English), will house unaccompanied undocumented minors until mid-July, that is, shortly before the first convention at those facilities in August, according to the Commitment signed with the Joe Biden Administration.

The Mexican consulate in San Diego confirmed that the majority of those who will be housed in the convention center, located in the center of the city, are not from that country, with what it is presumed that they are girls who have made a long journey to reach the United States.

San Diego joins other towns in the southwest of the country that because of the situation on the southern border they have recently opened emergency shelters to house migrant minors.

As of Friday, some 17,000 unaccompanied undocumented minors were in federal government custody, of which about 5,500 are kept in Customs and Border Protection centers (CBP, in English), according to figures released by the President’s Administration Joe Biden.

This Sunday, the Democratic congressman from Texas Henry Cuellar noted that CBP facilities remain saturated because of the “large number of people who cross the border every day.”

Speaking to CBS News, the legislator pointed out that the Border Patrol it does not want to keep the undocumented in border centers for more than 72 hours, the time they have before making them available to HHS.

The legislator said that 71% of undocumented persons who crossed the border in February are adults, who are immediately returned., as well as some families with children over 13 years of age.

At the border, he said, “the cities, the counties, the NGOs, we are feeling the weight of what is happening with the families” of undocumented immigrants.

Cuellar, whose district encompasses areas along the dividing line, released photos this week taken at a temporary shelter in Donna, Texas, showing, according to him, the “dire conditions” in which thousands of migrant minors are found. custody of the federal government.

Cuellar, who has criticized the Government for its way of managing the current wave of immigrants, explained that each of the eight areas into which Donna’s shelter is divided has capacity for 260 people, but when the photographs were taken there was a sector with more than 400 migrant minors.