Hydrogen will be one of humanity’s key weapons in the war against carbon dioxide emissions, but it must be treated with care. New studies show how hydrogen emissions can be 11 times worse than CO2.

Hydrogen is emerging as the most promising clean energy fuel: its residues after combustion are water vapor and it transports much more energy than electricity of a lithium battery for equal weight, in addition to the fact that it is faster to fill a tank than to charge a battery.

For all this, hydrogen is considered to be a very promising ecological option in several applications that are difficult to decarbonize where batteries are not enough, for example, aviation, shipping, and long-distance trucking.

However, when released directly into the atmosphere, hydrogen can interact with other gases and vapors in the air and produce powerful heating effects.

In fact, a new study from the British Government has put these interactions under the microscope and determined thate the global warming potential (GWP) of hydrogen is about twice what was understood until now.

In a period of 100 years, a ton of hydrogen in the atmosphere will heat the Earth about 11 times more than a ton of CO2.

How does hydrogen act as a greenhouse gas? One of the ways is by prolonging the life of atmospheric methane. Hydrogen reacts with the same tropospheric oxidants that “clean” methane emissions.

Methane is an incredibly potent greenhouse gas, causing 80 times more warming than an equivalent weight of CO2 in the first 20 years. But hydroxyl radicals in the atmosphere clean it up relatively quickly, while CO2 stays in the air for thousands of years, so CO2 is worse in the long run.

Also Read  Buying a Dolce Gusto coffee machine: differences between the different models and what you should look for

Instead, when hydrogen is present, those hydroxyl radicals react with hydrogen. There are fewer cleaning agents, so there is a direct increase in methane concentrations, and the methane stays in the atmosphere longer.

In addition, the presence of hydrogen increases the concentration of tropospheric ozone and stratospheric water vapor, enhancing a “radiative forcing” effect that also raises temperatures. 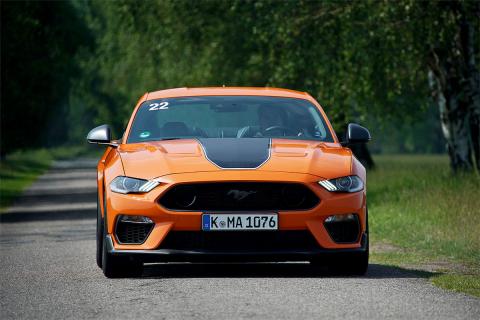 Ford has patented a hydrogen technology to save the V8

How does hydrogen escape into the atmosphere? According to one report, most escape. If hydrogen is stored in a compressed gas cylinder, it can be assumed that between 0.12% and 0.24% will be lost each day.

Does this mean that green hydrogen should be avoided in the race to zero emissions? Do not. This is explained by the UK Government.