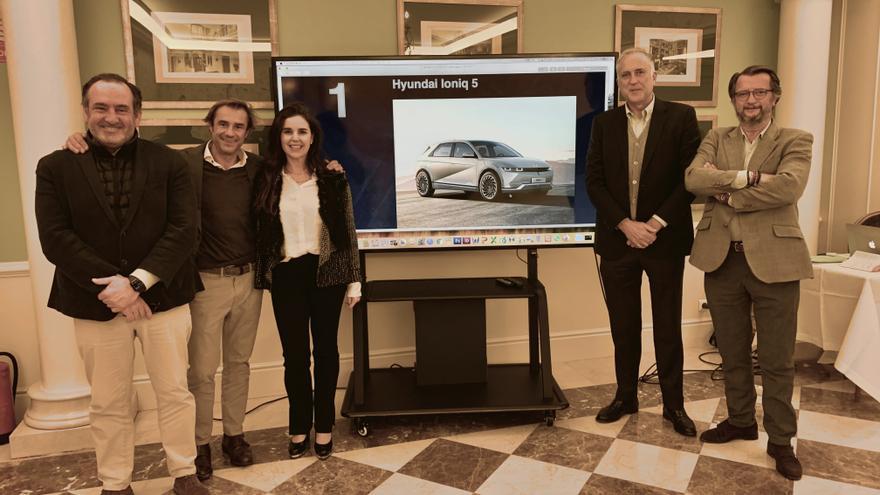 The Hyundai Ioniq 5 is the new ‘Readers ‘Car of the Year 2022’ of Iberian Press. The flagship of the new 100% electric range del constructor oriental has achieved the triumph in the current edition of some awards that have once again had the user as the main protagonist. The thousands of votes registered through the website mejorcoche.epi.es, have decided the winning vehicle of some awards that have completed its first 20 years of history to become a benchmark in the Spanish automotive industry.

With the closing of the final final vote on Thursday, December 16, Hyundai has risen for the second time with this recognition that it already achieved with the current generation of the i30 in 2018. A triumph achieved by this innovative electric car thanks to the support of the participants from the different publications that make up this publishing group.

In this way, the new component of the electrified range of the Korean firm joins the exclusive list of winners of these awards in which you can find other models such as the Alfa Romeo 159, Audi A8, Q5 and Q3, BMW 5 Series , Citroën C4, Cupra Formentor, Ford Mondeo, Mercedes-Benz A-Class, Opel Meriva and Astra, the Peugeot 308, Seat Ibiza, Ateca and Tarraco and the Volvo V40.

The Hyundai Ioniq 5 is presented as the first 100% electric car to win the Readers’ Car of the Year, a propulsion technology increasingly present in the automotive scene and a true protagonist of everything that surrounds the future of mobility.

Directors of the communication and marketing areas in Spain of the six finalist brands participated in the closing of the voting for this award for which they were fighting, in addition to the Hyundai Ioniq 5 itself, the DS4, the Mercedes-Benz C-Class, the Peugeot 308 , the Skoda Fabia and the Toyota Yaris Cross.

Elena Gray, Marketing Director of Hyundai Motor Spain, assured his satisfaction to receive again “an award that comes to recognize the work done in the development of an advanced technological platform that is having an excellent acceptance ”. Hyundai’s board of directors, together with Juan José Martínez Saavedra, communication director and Santiago de la Rocha, the brand’s press officer, received the first congratulations on the triumph of the Ioniq 5, as the new 2022 Readers’ Car of the Year, a model with which the Korean manufacturer establishes an ambitious development plan for electric models.

The directors of Prensa Ibérica and the finalist brands of the 2022 Readers’ Car of the Year Award, in the closing ceremony of the final vote.

Readers’ Car of the Year History: