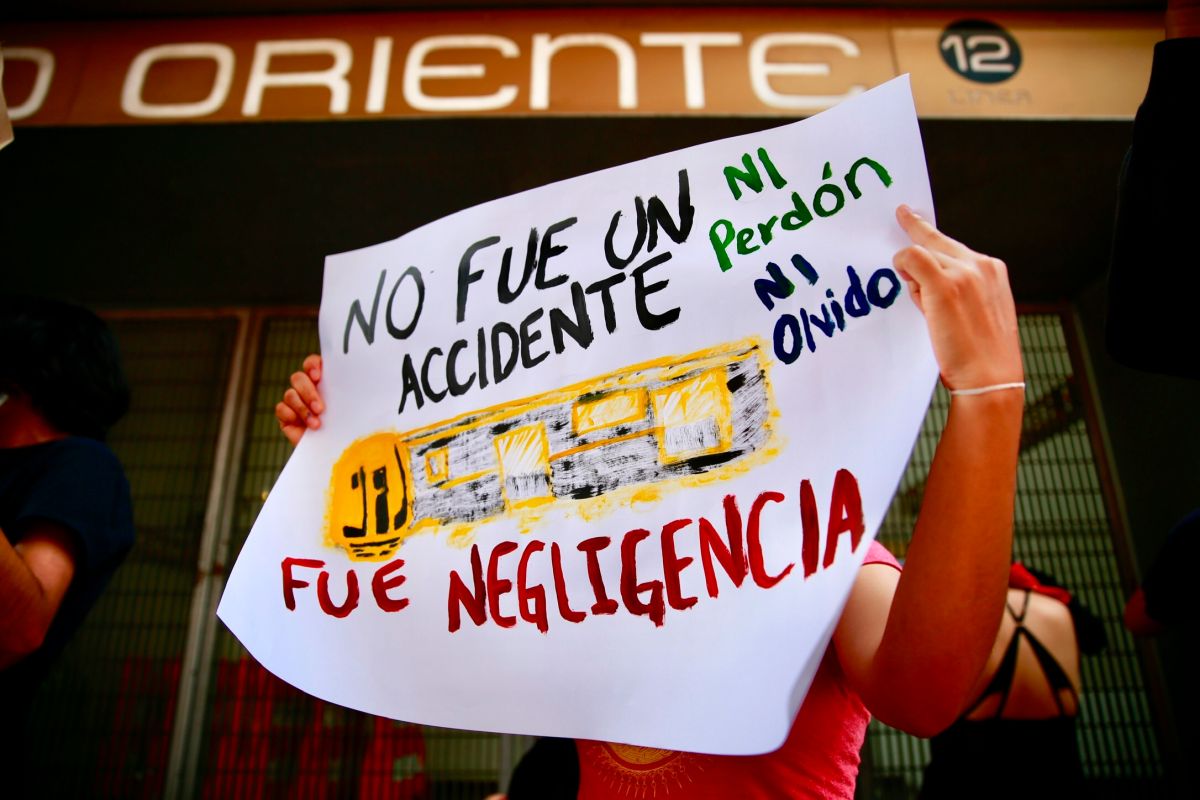 At first, everything was uncertainty for Rodrigo García.

4 days have already passed since the fateful accident on Metro Line 12 of Mexico City, which, unfortunately, claimed the lives of 25 people and also left more than 79 injured, including the driver of the convoy identified as Rodrigo García Flores.

After the accident, it was revealed that the Metro driver had suffered some small bruises and that he had to be admitted to a hospital for a few hours after being in shock at what happened.

This Thursday, May 6, Mexican journalist Ciro Gómez Leyva presented an exclusive interview with García Flores on his nightly newscast on Imagen Televisión, who recounted aloud the minutes before and after the collapse of the elevated bridge through which the Metro train that he was driving was passing.

Rodrigo began the interview by stating that this was his last trip of the day and just before entering Olivos station, he felt the convoy rise violently from the rails. Looking ahead, he noticed that the cables supporting the bridge were moving and that the monitor was sending out warning signals of a power outage.

Then, the Metro worker operated the convoy blocking lever; however, the train continued to slide slowly on the tracks. Seconds later he stopped and it was at that moment that he opened the doors of all the cars. He never imagined what he would see.

When he got out of his cabin, Garcia says he saw a lot of smoke coming from the back of the train, so he quickly asked the Metro control tower to cut off the power immediately. From them, the first instruction he received was to try to reassure the passengers.

Rodrigo was advancing between the wagons and then he met the station manager, who was already helping the people who had been trapped to get out. It was he who informed her that the train had suffered a derailment.

Both men carried out the evacuation of the train and it was then that the conductor measured the severity of the accident.

Although he suffered a couple of blows and was in shock and with severe pain in his back, Rodrigo continued his work to help rescue victims. In addition, he told how, along with some elements of the auxiliary police, he heard blows inside the fallen wagon, but he could not do anything because he was instructed to wait for civil protection people to carry out any maneuver.

When he saw the structure detach, the driver noticed that the wagon hitch completely detached, causing the wagon to fracture into two parts.

“I’m not guilty. I hope that those who listen to this also understand that not everything is in the hands of the driver. There are other third parties who get into this whole situation. We are not just us. There is more ”, declared the driver with a broken voice.

Finally, Rodrigo sent his condolences to the families who lost someone in the accident on Line 12.

Here we leave you the complete interview:

Also Read  The elderly and the covid: Catch the virus or die of grief

Accident on Line 12 of the CDMX metro: between controversy and a tragedy unfortunately announced for years