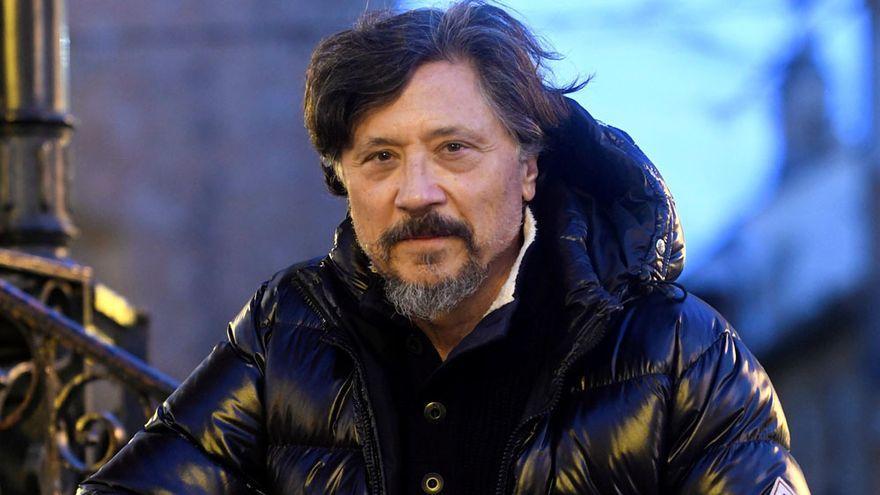 The nonconformist murderer is, according to its author, Carlos Bardem, a novel that “contains several novels.” A plot about a murderer of corrupt politicians, a love story and a memory of the EGB. It is presented this Thursday, November 11, at 7:30 p.m., at the Bululú bookstore in A Coruña (Calle Real, 9).

You have changed slavery for corruption, do you attract social denunciations for your works?

I try to make all my novels different. They are born from trying to understand something. In this case, I wanted to reflect, in a satirical tone, on corruption in our country and on impunity. There is a general awareness that the corrupt in our country are free. Justice is always achieved little, late and badly. I have allowed myself to fable about this, creating the figure of this nonconformist murderer who could be an explanation for so many “natural” deaths that are associated with the corruption schemes of our country.

It is a novel, but Spain is familiar with this corruption. Reality surpasses fiction?

Reality surpasses fiction and many times, with very good journalism in our country, there is another that is not so good. When they tell you fictionalized reality, it is the obligation of fiction to tell reality. I tell a possible reality in a satirical tone and with humor.

If in your works you seek to understand a situation, what have you understood about it?

I have allowed myself to reflect and there I leave it for the readers to draw their conclusions and enjoy the trip. Reflecting on a society that seems to have psychopathic traits, a society that can create figures like this nonconformist murderer and give functionality to this type of monster. I finished this novel in confinement, so it is conditioned by that mantra that we constantly heard of “we will come out better”, while you saw very irresponsible behavior in part of the population. Behaviors of politicians and citizens who had some sociopathy, of not empathizing with the suffering and with the responsibility that the pandemic entailed. I said to myself: “What better than a psychopath to describe a psychopathic society.”

In other words, we have not come out better.

I think that of these things, which are great historical and social traumas, people who are good, come out better. He has shown his human quality, his capacity to empathize, his generosity, his courage, his commitment … But the one who was already crooked from the factory does not come out better, he comes out worse, he comes out more selfish, less empathetic, he confuses freedom with his whim . That is what makes him a sociopath, incapable of empathizing and taking responsibility for the suffering of others.

Its protagonist, Fortunato, a corrupt murderer. He’s the bad guy. Can the reader become fond of it?

He is a very special killer. He is not a regular hitman, he cannot be hired by just anyone to kill anyone. He has a kind of samurai code whereby he only accepts certain assignments: to eliminate corrupt politicians. With this he believes that apart from fulfilling a certain function of recycling garbage, it helps make the world a little better. I think that the good crime novel projects a plot on a social and political landscape of corruption and impunity. This escapes a little from the Manichaeism of the most popular crime novel in our country, in which there is always a monster and they tell you how the forces of good will end up capturing it. In this case, the protagonist is the monster and is endowed with traits that make readers empathize with him. He is a very special murderer because since his deaths have to appear natural, he avoids any excessive bleeding or violence. You have to leave them asleep, that they look like natural deaths. Although I say many times that it is the least natural of deaths. It is natural for you to die if you are shot or run over by a car, but dying after drinking a gin and tonic two days after declaring in the National Court is not very natural. I have allowed myself to stretch the limits of morals a bit and to pose this story of an antihero. It is a very special thriller because the murderer is the protagonist, not the one who has to capture it.

There is also a romance, one more demonstration that love is always in the middle?

It is to claim that the only thing that saves us from the ugliness of the world, from horror, is love. As a good manual psychopath, Fortunato is very intelligent. He has limitations when it comes to feeling, he does not feel remorse when he murders, but he does not have all the emotionality canceled, he has an enormous capacity to love. He and Claudita have made love for each other their last reason for being.

The protagonist can guess his orders by watching the news.

This novel, in some way, is very close to current politics. And the current political situation in this country, unfortunately for the citizens, has been marked by corruption for decades. And it continues to be the case, you just have to look at all the causes for corruption that continue to dominate our present day. The thinking citizens of this country are tired of this feeling of impunity of the corrupt. I can excuse the corruption, it is inherent to the human being. Where there is an exercise of power, there will be corruption. In all times and in all political regimes. What is not excusable is the impunity of the corrupt, the feeling that they do not pay or pay little.

But that corruption is usually linked more to a political party.

That is pure statistical data. In this country, corruption is closely linked to a political party, and there are other parties that do not have any cases of corruption. There is a perverse and self-serving mantra there, which is that all politicians are equal. No. Fortunately, not all politicians are the same.

In that case, are you concerned about the advance of the extreme right?

Yes. The advance of the extreme right should concern us all. It is the advance of hatred. The far right never has positive proposals, it is always a claim of no. It is trying to deny fundamental rights to people based on their color, their race, their sex, their vital choice … And against that we should all reveal ourselves. The problem is that a false mantra has been installed for years, which is that all opinions are respectable and that is not true, opinions that promote hatred cannot be respectable, they must be fought.

Does it surprise you that this hatred is reached in an advanced and globalized world like this one in 2021?

History is dialectical, it is forward and backward. We are at a time of reappearance of this type of discourses that have a lot to do with the crisis of a global, neoliberal system, which has enriched very few by leaving millions of people who live all with frustration, who they feel expelled from the system and that they listen to irrational speeches based on identifying as imaginary enemies those who are not like them. The problem in this country is that the right can no longer govern without the support of the extreme right. That means that the speech of the extreme right is being whitewashed a lot. The media have a direct responsibility for this. Some day they will have to do an examination of conscience on how they have allowed this monster to grow.