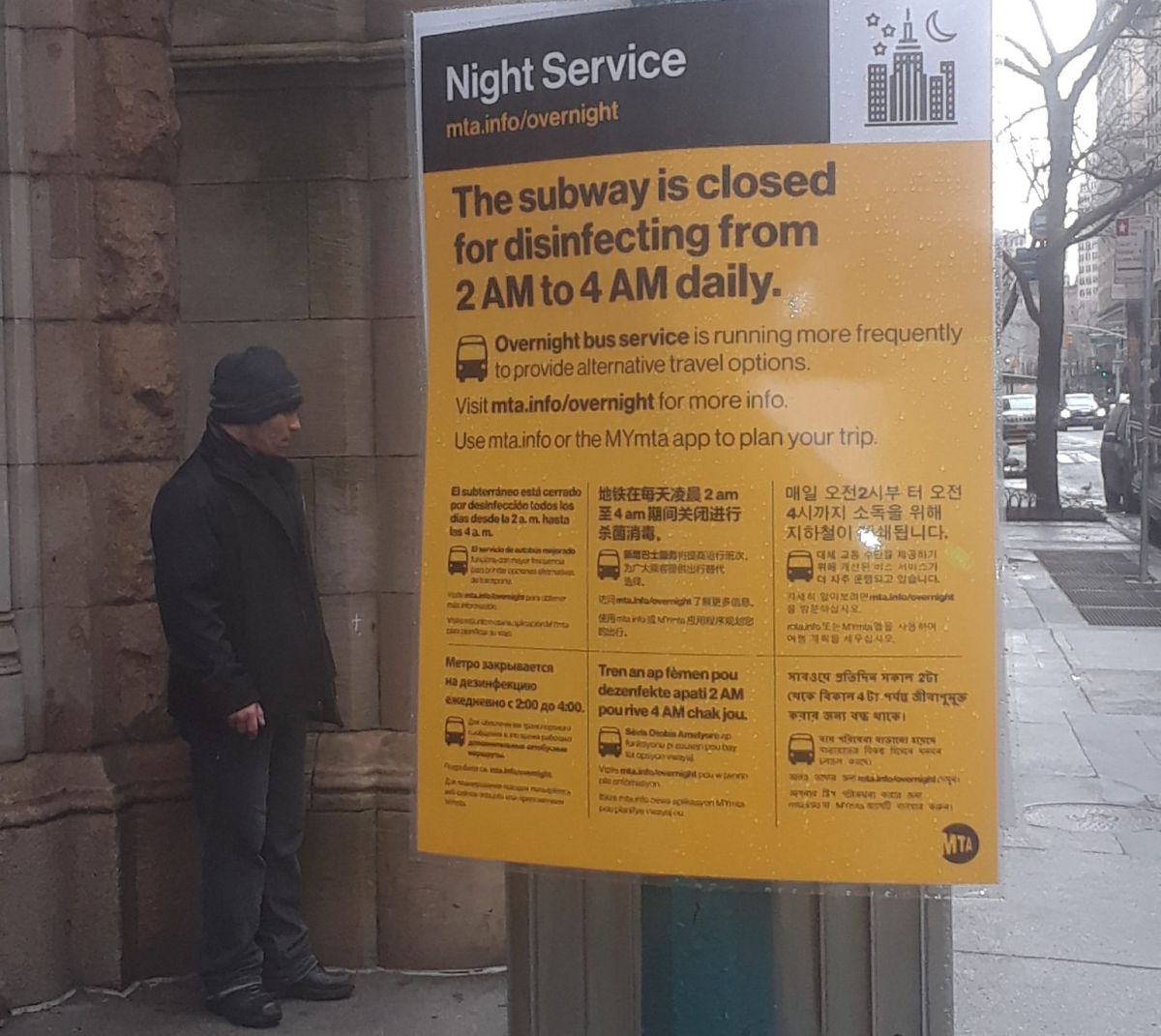 A year of overnight closure did not solve the crisis.

Refreshing a new chapter in the fight between New York’s Democratic leaders, Governor Andrew Cuomo yesterday hinted at Mayor Bill de Blasio’s lack of responsibility in the insecurity and presence of homeless people that is affecting the return of passengers to the Metro after the pandemic.

According to Cuomo, many New Yorkers are “afraid” of taking the Metro, and said that he would not tell his own son to use the subway, in a passionate defense of months-long pressure from the MTA for more cops in cars and stations. On May 17, the NYC Metro will resume its traditional 24-hour service, after a year of night closure for cleaning and eviction of homeless people.

“You cannot ignore the reasons why people do not want to go on the Metro”, Cuomo said yesterday during a press conference in Manhattan. “I identify myself because, as you know, I am a New Yorker, born and raised” here, he stated, assuming the position of an average passenger, although he is not, since he barely traveled in the subway once during the pandemic and in front of the press.

“Have you been on the Metro? Because I did it and I was scared, ”he commented. “I’m not going to tell my child to ride the Metro, because I fear for him,” added the governor rhetorically, since his three daughters are now adults.

Last month De Blasio – NYC’s top police chief – criticized MTA leaders for spreading a survey where users said they were concerned about crime and harassment on public transportation. According to the mayor, this would “discourage” New Yorkers from returning to the Metro after the coronavirus pandemic. In the survey, only 26% of those consulted were “satisfied” with “security against crime and harassment on trains”, aggravating the finances of the already deficit NYC Metro.

The subway recorded 2.32 serious crimes – including homicides – per million passengers in March 2021, down from 2.65 the previous month, NYPD statistics show. But both figures are significantly higher than the 1.47 crimes per million users (those who pay for the service) during the year 2019, prior to the pandemic.

At the moment, the MTA is preparing a advertising campaign to help return passengers, state officials said.

He noted that “homeless people on trains” had deterred potential riders since the start of the pandemic, and urged the MTA and the city to continue efforts to remove homeless people from stations and encourage them to accept the social services. “We have reached this point where we have accepted, well, the Metro system it’s really a system for the homeless ”, He said. “Not! Not! I don’t accept that! ”.

NYC’s violence and “mental health crisis” are wreaking havoc on the transportation system, denounced the interim president of transit, Sarah Feinberg, in a letter sent in January to Mayor Bill de Blasio. In February, the city added 644 police officers to the Metro, but the April poll found that less than half of the passengers (45%) had noticed the additional officers.