The remote working it had a 10-year acceleration according to the natural evolution expected of it due to the pandemic. This work dynamic has been established in many companies, especially in those technological or startups. Consulting firm McKinsey estimates that more than 20% of the workforce in developed countries will be able to continue working from home between three and five days a week, almost four times as many as before the pandemic. Just a year ago, the percentage of people who had considered telecommuting was 30%, and in 2021 this interest has increased to 65%. Companies like Facebook, Twitter or Microsoft are an example of this. As long as your workers meet their job goals, they allow them to work from anywhere in the world. And if we can choose any point of the planet to work, we must emphasize that the Canary Islands are in the top ten of the most valued destinations in Europe by travelers from all over the world. Since 2020, the Archipelago has also seized the opportunity to be a leader in the remote working.

That is why last month, seven women, CEOs of start-ups Coming from different cities in Spain, they chose the Canary Islands to telework, specifically Santa Cruz de Tenerife. The community of women leaders of startup-ups, Female Startup LeadersDuring their stay on the island, they have been able to create synergies between them by sharing experiences, projects and creating debates typical of their sector. At the same time, they have been able to enjoy the advantages offered by the Canary Islands thanks to their technological capabilities and infrastructures. Muriel Bourgeois, CEO and Co-Founder of MiCuento, explains that “we made a pact between all of us to respect each other’s daily meetings, but at the same time, when the day is over, enjoy the incredible landscapes and activities of the Islands”. In this way, the seven CEOs, Luz Rello from Change Dyslexia, Claudia de la Riva from Nannyfy, Andrea Barber from RatedPower, Muriel Bourgeois from MiCuento, Laura Lozano from Chargy, Esther Molina from WILDCom and Silvia Rivela from Cohesionist, have enjoyed all the advantages that the Canary Islands offer as a destination for remote workers. 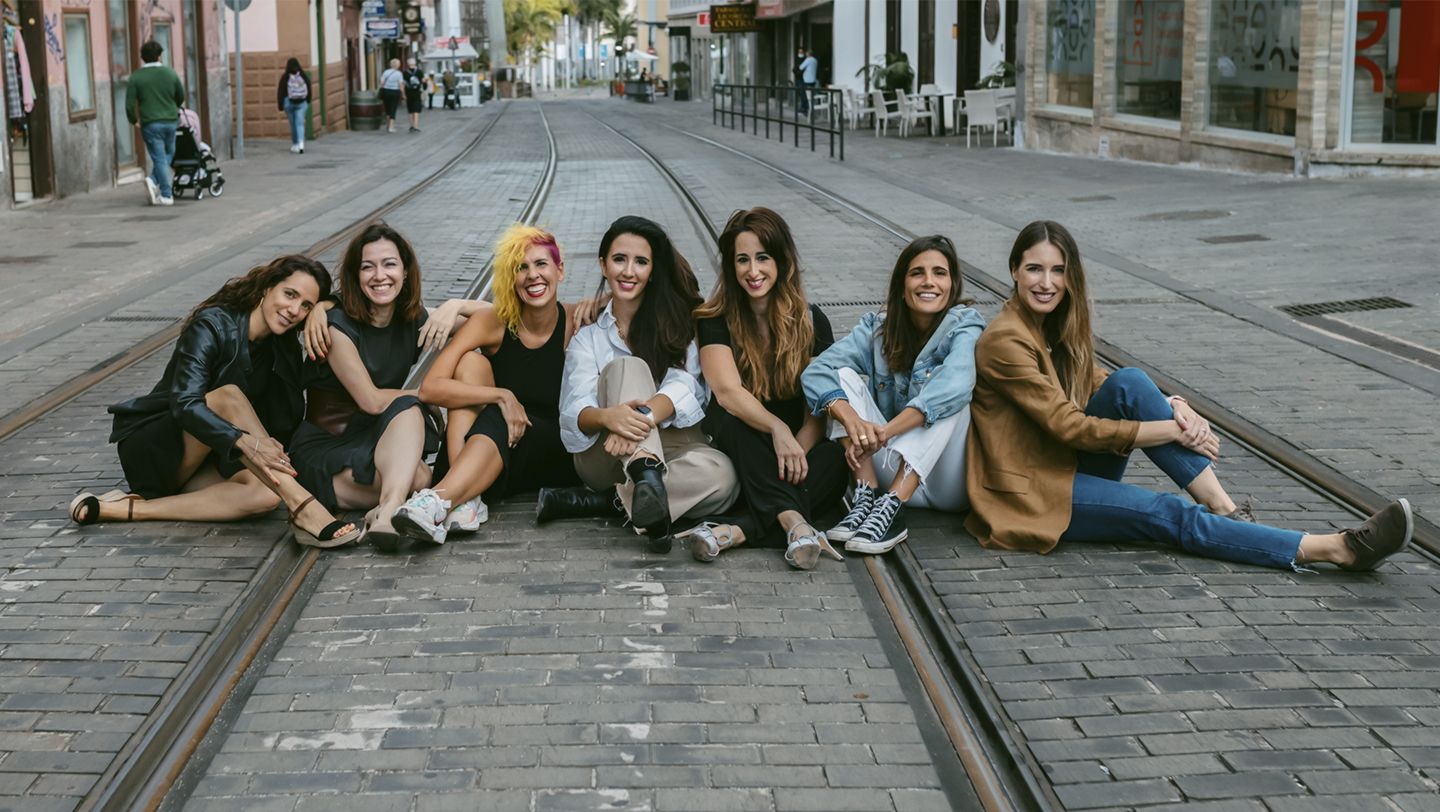 The objective of Female Startup Leaders is to focus on disseminating and making visible projects of other women entrepreneurs in the national territory. Esther Molina, one of the founders of the project, tells us that “We decided to found it Silvia Rivela, Carmen Hidalgo and I in the middle of the pandemic, in April 2021, because we wanted to continue giving visibility to female referents in the media – we noticed a very clear lack of protagonism – and, on the other hand, empower those women so that they continue to be an inspiration for the next generations and, in this way, enlarge the ecosystem “. Along the same lines, Silvia Rivela, another of the founders, adds: “The purpose of Female Startup Leaders is to give visibility to women within the technological world. From a point of view in which women have a presence, but also to generate new references, so that girls, adolescents and university students know that it can be undertaken, that it is a path and a reality “.

In this sense, Yaiza Castilla, Minister of Tourism, Industry and Commerce of the Government of the Canary Islands, ensures that “The presence of the Female Startup Leaders (FSL) in the Canary Islands to work remotely for a week is very relevant for our destination, as it represents a validation of the advantages that the Archipelago presents for the relocated work of leading professionals from all over the world. markets. Teleworking from the Canary Islands allows them to know our destination first-hand, from its climate, its landscape diversity, its gastronomy, its culture and its potential for tourist activities or its technological facilities “. This group of women represent the figure of the entrepreneurial woman in the startup ecosystem in Spain.

According to the article by Business Consulting Group “Why Women-Owned Startups Are a Better Bet” published in June 2018, companies founded by women generate 10% more accumulated income in a period of 5 years, ($ 730,000) than those founded by men ($ 662,000), which makes women-owned companies better investments for investors both in absolute value and in return per dollar invested.

In the mouth of enterprising women