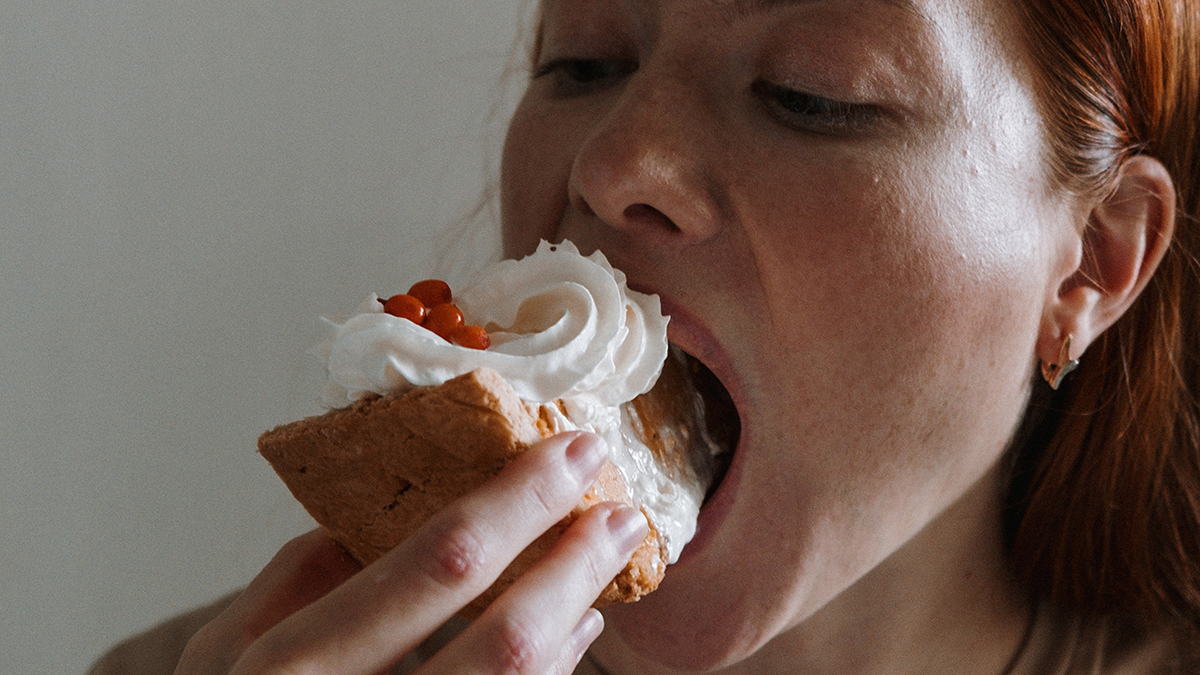 We have listened to it ad nauseam: mental and emotional health is directly related to our eating habits and lifestyle. It is well known that “Eat our emotions” It deteriorates our health on every level and is a habit that can lead to a long list of eating disorders. While there are a number of conditions that herald a bad relationship with food, binge eating is one of the most recurrent behaviors today. The first thing that is important to clarify, especially for those who do not know what it is, is that it is a much more complex condition than overeating. Without proper professional treatment, it can be life threatening.

People with binge eating disorder constantly suffer from episodes where they eat as much food as possible, in a given time; that is to say as quickly as possible. According to information released by the Mayo Clinic, it is estimated that most people who suffer from this disorder are overweight or obese to some degree, however it also usually occurs in people with normal weight. The truth is that it presents with clear behavioral and emotional signs and symptoms, which announce a significant health problem Take note!

– People who suffer from constant binge eating tend to eat very quickly and do not usually take the time to enjoy food. It is normal that they always eat more than usual.

– They constantly suffer from anxiety about eating and know that their eating behavior is out of control. What leads them to recurring feelings of immense guilt, which can end in other disorders such as purging and even bulimia. However, the most common is that people not with binge eating disorder do not usually vomit or consume excessive laxatives, nor do they resort to excessive physical activity to compensate for the additional calories.

– They eat without hunger and reach the point of feeling uncomfortably full. They are also people who prefer to eat alone and even secretly.

– To diagnose binge eating disorder, specialists establish that the episodes must happen once a week for more than three months.

While it is a mental health illness that drastically interferes with physical and emotional well-being. It has been proven that some factors can increase risk, such as family history, which has a significant influence, especially in young patients who have been close to someone in the family with the same problem. In addition, the family relationship with food and habits that they instill in us since childhood has a lot to do with it. It is also normal for people with a long and unsuccessful track record in the world of diets, they can fall into these types of behaviors and frustrations for not being able to lose weight. However, experts consider that the main reason is lack of self-esteem, possible depression, having a bad image of oneself for years and high levels of stress.

In its initial phase it is a difficult disorder to detect in a friend or loved one, in fact some impulsive eaters they are specialists in hiding their disorder well. However, eventually someone very close to it ends up realizing, especially due to some behaviors that give them away: they tend to feel uncomfortable eating in front of other people, the food is likely to disappear much more quickly, you have found food in strange places in the house, too it is very usual that they are people who are always on a diet and stay informed about the most current trends to lose weight. On the other hand, they tend to have low self-esteem, constantly look in the mirror and obsess over certain bodily defects. It is common that for no apparent reason suffer from fluctuations in body weight, which can rise and fall regularly, some physical symptoms such as constipation, reflux, cramps, difficulty concentrating, reduced physical performance, sleep disorders and emotional health are also usually present.

It is important to learn to detect the signs and have the necessary tools to help those who suffer from this disease that without a doubt should not be taken lightly; although it is more normal for it to occur in adolescents, it can occur at any stage of life. It is important to mention that in the medium and long term it is a disease that usually results in obesity, it can cause diabetes, heart disease, hypertension and other consequences related to weight gain and mental health. Remember: it is essential to have a diagnosis and adequate support from professionals in medicine, nutrition and mental health.