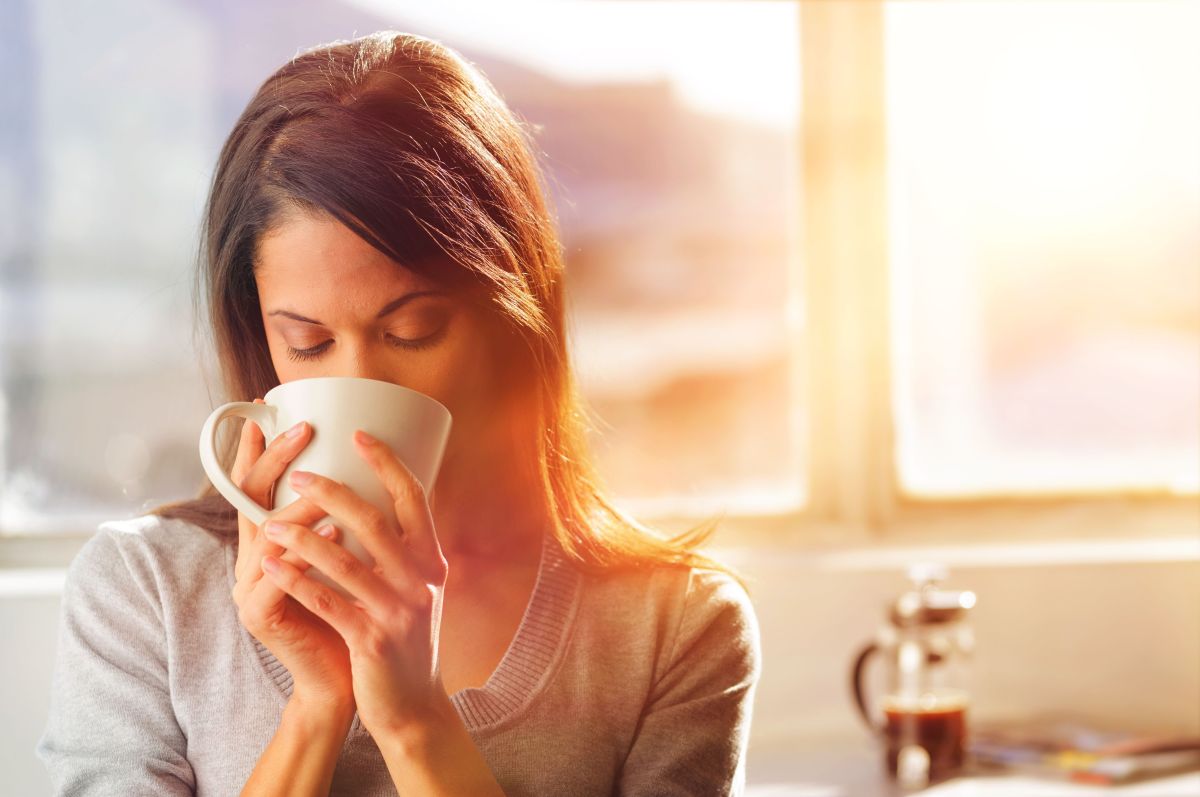 Most coffee lovers are not only fans of its unique flavor and aroma, they desperately seek to consume it in order to “wake up” in the morning, have more energy and improve daytime performance. Not in vain coffee is the most popular and consumed natural stimulant in the worldTo this we must add the growing scientific evidence that supports its benefits to improve health in many aspects and that are related to its powerful antioxidants. However, we cannot forget the effects of caffeine, especially when it is consumed in excess or when we are very tired.

As an aside, it is interesting to mention that coffee accounts for 54% of caffeine consumption in the worldIn fact, on any given day, approximately 85% of Americans consume caffeinated products. There is information in which it is endorsed that the average daily caffeine consumption of adults in the United States is approximately 300 mg per person. This is about three times higher than the world average. With this in mind, it is worth knowing more about it and finally stop using coffee as a remedy for insomnia. It will never replace a quality rest!

The first is the first: It is important to understand the effects of caffeine on the body, especially considering that many frequent coffee consumers do not know in depth about the complexities of the popular habit of drinking coffee to activate or worse still to replace a restful sleep. For more context: Caffeine is a natural substance that can be extracted from plants, therefore the most popular natural sources of caffeine are coffee beans, tea leaves, and cocoa beans. It can also be produced synthetically and added to all kinds of industrial beverages. It acts as a kind of drug that promotes alertness.

Also Read  Experts estimate that 8,188 oral cancers will be diagnosed this year in Spain

The truth is that caffeine acts as an “adenosine receptor antagonist” and is the substance that promotes drowsiness. Therefore caffeine blocks the adenosine receptor to prevent you from feeling drowsy, it is also important to mention that caffeine begins to take effect very quickly in the body: it reaches a maximum level in the blood in 30 to 60 minutes. It has a half-life of 3 to 5 hours, that is, it is the average time it takes for the body to eliminate it. However, what few know is that the remaining caffeine can remain in the body for a long time and that is where most of the problem begins, since it creates a vicious cycle that triggers sleep disorders much more significantly.

As it is a psychoactive drug, caffeine intervenes immediately in the brain, mood, cognitive functioning, available energy and of course in the natural sleep cycle. In fact, there is a very relevant study in this regard, from the Sleep and Learning Laboratory at the University of Michigan, in which its author Kimberly Fenn, Professor of Cognitive Neurosciences, delves into the devastating effects of treating insomnia or any disorder of I dream of caffeine. In which it was found that after a bad night’s sleep, drink more than two cups of coffee Almost immediately, it will improve alertness and may even be a good ally to perform some simple tasks more agilely, however, few benefits will be reflected in more complex tasks and much less in the quality of sleep.

There is also another recent study, created with the aim of explaining the direct action of caffeine on the brain. This is suggested by the research team led by Dr. Caroline Reichert and Professor Christian Cajochen, from the University of Basel (Switzerland), who dedicated themselves to examine the caffeine-brain connection. The result they came up with was quite interesting: caffeine does not actually lead to poor sleep, but it can compromise the brain and cause changes in gray matter and thus promote irregular sleep cycles. The results of the study were published in mid-February 2021 in the specialized journal Cerebral Cortex

The reality is that caffeine is not the bad guy, it is a substance that has both positive and negative effects. These effects depend on the amount of caffeine consumed and especially when it is consumed. Experts consider a normal dose of caffeine per day between 50 mg to 200 mg. In addition, caffeine has been proven to work more noble and subtly when taken intermittently, that is, from time to time. Higher doses can have much more powerful effects, therefore consuming between 500 mg or 600 mg of caffeine is associated with alterations in the nervous system, sleep and cognitive disorders and generates tolerance.

Now you know it is not about cataloging coffee as a forbidden or bad drink, it is simply essential to know how much and at what times to consume it. Especially in those people who are more prone to insomnia, anxiety, nervousness, poor concentration and memory.