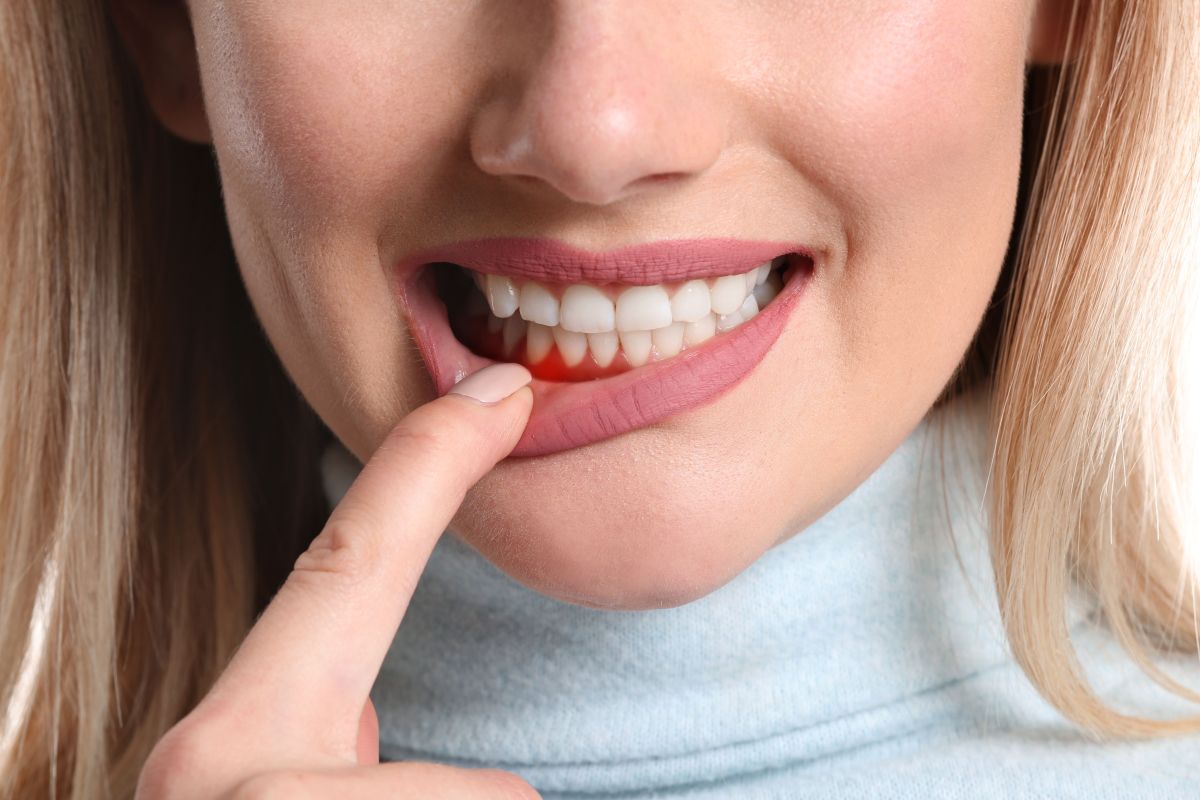 Gum bleeding can have a number of causes. One of the most common causes of ongoing gum bleeding is plaque buildup, leading to gingivitis or swollen gums. But bleeding can also be a sign of other more serious medical conditions and a deficiency of certain vitamins.

Scurvy is a vitamin C deficiency that can cause bleeding gums. The body needs vitamin C to make collagen, a protein necessary for wound healing.

Scurvy causes tiredness, inflammation and bleeding of the gums and loosening or loss of teeth, small red or purple spots on the skin, joint pain, poor wound healing, and curly hair. People with scurvy can also suffer from depression and anemia. The Office of Dietary Supplements of the NIH states that: “Without treatment, scurvy is fatal. “

A meta-analysis published in Nutrition Reviews, analyzed published studies from 15 clinical trials in six countries, involving 1,140 participants and data from 8,210 residents of the United States, showed that bleeding gums or a tendency to gingival bleeding, as well as bleeding in the eye or retinal hemorrhage, were associated with low levels of vitamin C.

Incorporate orange to your diet, a serving of strawberries or others foods rich in vitamin C not only good for your mouth. Vitamin C is also an important antioxidant, improves the absorption of iron present in foods of plant origin and contributes to the proper functioning of the immune system.

Vitamin K is an important nutrient for blood clotting, bone health, and for other body functions. The deficiency can be a cause of bleeding gums. A severe vitamin K deficiency can lead to bruising and bleeding problems because blood clotting is slower. It can also reduce bone strength and increase the risk of osteoporosis.

Vitamin K is naturally present in many foods. For example, in green leafy vegetables such as spinach, kale (or collard greens), broccoli and lettuce.

Other causes of bleeding gums

Your gums can also bleed if you brush too hard or floss improperly. MedlinePlus It also points out other possible causes for bleeding gums such as: bleeding disorder, hormonal changes during pregnancy, poorly fitting dentures or other dental appliances, infection in a tooth or gum, leukemia (a type of blood cancer) and use of anticoagulants.

Use an extra-soft or soft-bristle toothbrush when brushing your teeth. If this doesn’t resolve the bleeding, you should find out why your gums are bleeding, rule out vitamin deficiencies, or another health problem.