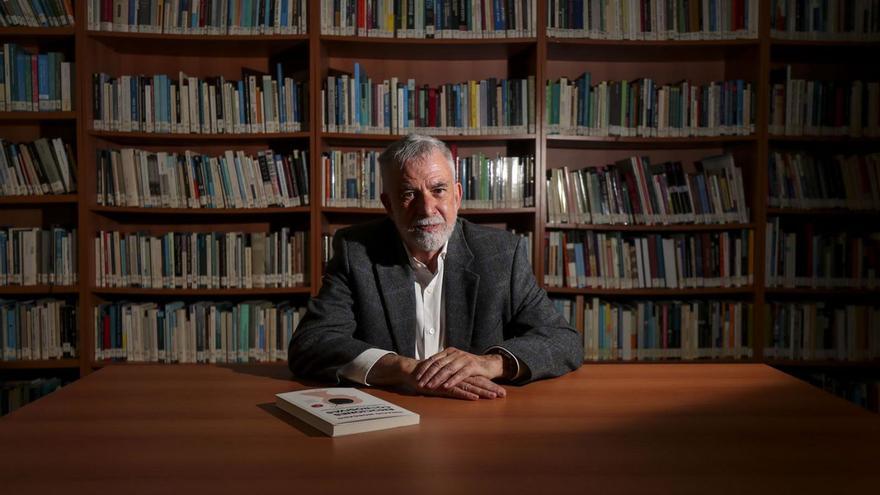 As a child Ignacio Morgado (San Vicente de Alcántara, 1951) wanted to be an electrician. He was passionate about all gadgets and airwaves. His plan was to study telecommunications, but because of things in life he ended up as a professor of Psychobiology at the Institute of Neurosciences of the Autonomous University of Barcelona. “I myself have built my own electrical devices to stimulate neurons. I found a return to electricity in neuroscience ».

What is neuroscience for?

The ultimate goal is to end all diseases of the brain. It is not a trivial goal because there are more and more people with neurodegenerative diseases; Alzheimer’s, Parkinson’s, etc. But also with disorders such as depression. The objective is that. But it is also about knowing how the mind controls behavior. Neuroscience can help other disciplines to function better because the brain is under any human activity. You can even come to understand how things are and why they are not otherwise. In education, for example, we can explain why some things work and others don’t.

Is it realistic to think about a cure for Alzheimer’s or Parkinson’s?

I am absolutely convinced that sooner or later we will cure these diseases. What happens is that it probably happens like with cancer, that at first we believed that there was only one and today we know that there are many types and that each one is different. The same thing happens with neurological diseases; We may find many faces and depending on the person, they will have one treatment or another. Today we are exploring the causes of Alzheimer’s, which is one of the diseases that most worries people. We still don’t know the origins, we suspect genes, substances in the brain, but we don’t know why some people have Alzheimer’s and others don’t.

I have a huge “Neuroscience” book on my desk. When a journalist or a student comes to me and tells me that we know little about the brain, I drop the book into their hands. It is a myth that we do not know the brain, we know a lot. Since Santiago Ramón y Cajal revealed more than a century ago that the brain are individual neurons, as well as other organs of the body that are also made up of individual cells, we have had an impressive explosion of knowledge. In these 100 years of research we already know about learning, memory, motivations, language … What is it that we do not know apart from how mental illnesses occur and how to cure them? Well, one thing we do not know is how the brain makes consciousness, subjectivity and imagination possible. How the work of neurons, which is physical and chemical, is capable of converting brain activity into imagination, in realizing things that happen. And it is something that we may never know how it happens.

Has the pandemic changed our brains?

All human experiences change the brain, it is not a static organ, it is constantly changing. The brain is different every day, although overall it seems the same, but no, it is walking. The brain changes as we have new experiences, and if the experiences are emotionally strong, then fears, attitudes, sensations are created with which we have to learn to live in the future. That new normal that is talked about will never be the previous normal, it will be a different one that we have to get used to.

How have mobile screens and social networks changed us?

They are making a very visual brain and a bit tactile as well. The human brain not only acquires information but also evolves and becomes different, today’s brain is not the same as the one our ancestors had millions of years ago. The changes take hundreds of thousands of years and our brain is not very different from that of the ancient Greeks, but it is different from that of Paleolithic men. Our visual brain will undergo a special development if we continue with the screens and other parts of our brain will lose strength. But it is assumed that we still do not know how the evolution is going to be in the future and how we can deal with it. But we are living it. If today we are not able to choose with conviction a jacket or a dress in an outlet where there are 800 or a thousand jackets, it is partly because of all this. It happens that technology has outpaced the evolution of the brain.