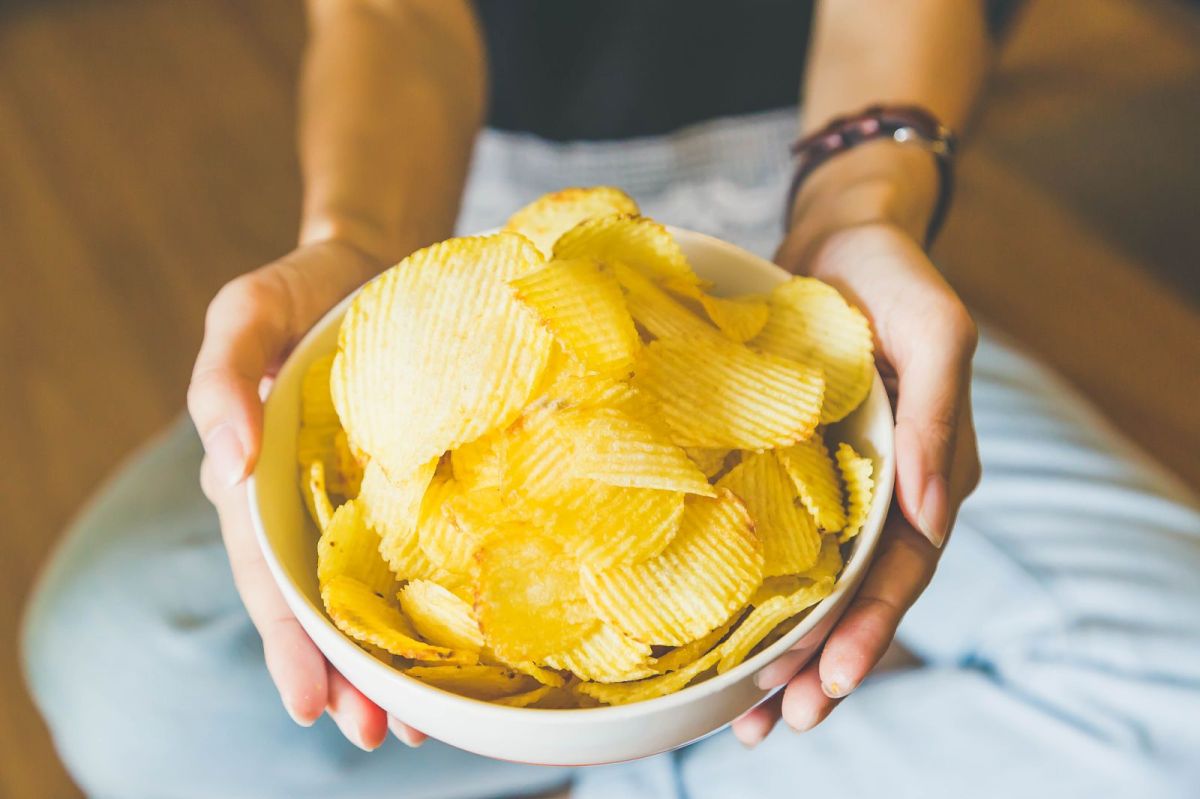 Probably one of the favorite salty snacks in the entire United States and the world is French fries. They are so accessible and everyday that most of us have reached into a bag of potato chips and eaten them with incredible ease, without giving much thought to how they were made. In a way, by now we are familiar with its content in certain common artificial flavors and of course, sodium. However, there is a new fries proposal that is only for the brave: Illegal Chips, with which their creators hope you take what you are eating very seriously. Lhe three ultra-limited edition flavors of Illegal Chips are the latest release from MSCHF, the New York-based art collective known for all sorts of crazy things. On this occasion, with Illegal Chips they focused their attention on those foods that are edible and that the government prohibits them.

Illegal Chips lives up to its name – all three flavors represent things that according to MSCHF are prohibited in the United States, including: horse meat, Italian Casu Marzu “worm cheese” and fugu, the potentially poisonous puffer fish that is served (with care) as sashimi, mostly in Japan.

According to statements from MSCHF Director of Revenue Daniel Greenberg: “We selected flavors that could complement each other: surf & turf (a combination of seafood and red meat) and dairy, essentially.” He also pointed out that in the execution of this crazy proposal they considered many other foods; What the macabre french preparation of ortolan. For those who don’t know: Ortolan, a small songbird that is eaten whole, has been illegal in France since 1999, although they are still occasionally served at secret dinners. It is considered a high-priced and luxurious dish, which has even been featured in Billions and Succession.

The truth is that many of the MSCHF releases have a cheeky kind of humor, like mixing an original Andy Warhol drawing for $ 20,000 with 999 fakes and selling them all for $ 250, are characterized by their original proposals. They have done the same with Illegal Chips, in fact they created an accompanying “Manifesto” that highlights the seemingly arbitrary notion of treating some foods as “illegal”, while suggesting that advances in food science (and artificial flavors) could allow us to “taste” pretty much almost any animal we want without engaging in the often taboo act of eating it.

According to Greenberg: “The horse, in particular, highlights the arbitrary nature of food bans.” In fact, he stated that all his international contacts were surprised by this flavor, because it is a common meat in most of the world. Still, it is perhaps the flavor that people react most strongly to.

The reality is that they are not wrong with such claims: In 2017, the acclaimed Cure restaurant in Pittsburgh welcomed a group of invited Canadian chefs who They put together a one-night stand from Québec that included horse tartare. The response to the food was overwhelmingly negative, with some online commenters calling it “disgusting” and others launching a petition asking Pennsylvania Governor Tom Wolf to ban the dish from being served again in the state. The situation got to such a degree that the USDA warned Cure that if they illegally brought horse meat back into the country, he could face criminal prosecution.

The reality is that there are some somewhat uncertain references in which it is stated that eating horses has been prohibited since 1847. According to The Atlantic, horse steaks were not uncommon during the meat shortages caused by World War I, and after the war, the Department of Agriculture was able to officially inspect the facilities that processed horse meat. Horse meat was also available from Navy commissars until the early 1980s, and the last three horse slaughterhouses, in Texas and Illinois, did not close until 2006 and 2007, respectively.

How was the development of Illegal chips?

According to Greenberg’s statements, the process began more than a year ago. Above all it is important to note that doing anything that involves food is time consumingIt is a regulated space and a field in which MSCHF traditionally does not play. Also the project faced challenges in the supply chain due to unorthodox chip seasonings.

Another interesting detail is that collaborated with Josh Scherer to perfect Fugu fries, the host of Mythical Kitchen, who describes himself as the “Food boy.” According to Greenberg, Josh is the master of strange foods and is someone who has actually tried some of these foods. So in terms of the process, it was a great help in guiding the flavor profile of the fugu.

The million dollar question for many is What do these quirky and exotic potato chip flavors taste like? According to some statements, horse fries taste like pure wizardry, they have a rich, meaty flavor that somehow tricks the taste buds. On the other two variants there are conflicting opinions, especially with derivatives of the strong flavor of fugu-flavored potatoes (although the reality is that few of us have tried this exotic fish). For those curious who want to taste the potatoes, they are available while supplies last on the MSCHF website. You’ll get all three flavors, plus a fourth randomly selected bag, for $ 12. Undoubtedly a rare opportunity to “taste” an exotic food that is not available in the US, or you could just make your repertoire of snacks a more interesting place.

Also Read  Starmer has yet to answer the big question: what is Labor's position on socialism? | Simon Fletcher