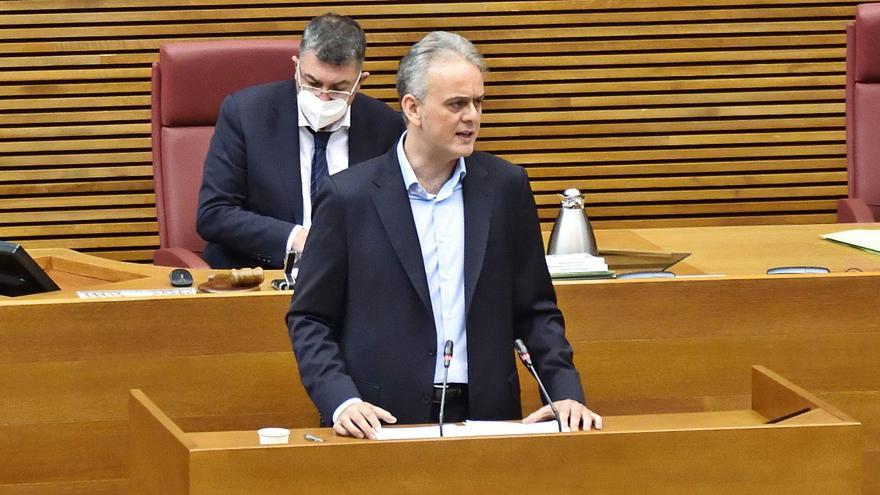 The Minister of Podemos explained that, of the global amount of European funds, 124 million euros will be allocated for actions related to urban rehabilitation and regeneration. They plan to rehabilitate 17,314 homes, both public and private, between the end of 2021 and 2023. The remaining 55 million will be used to reactivate the promotions of protected housing through public-private collaboration after a decade of hiatus. With this, it is intended to promote the construction of 2,400 properties.

In his speech, Illueca stressed the need to direct public policies on housing for two fundamental issues: to offer housing solutions, above all, aimed at vulnerable people and young people, and, in the same way, promote policies to make construction more efficient and ecological. In fact, he put the emphasis on the social issue and the inequality gaps, rescuing phrases from Pope Francis, such as “This economy kills.”

“The humble layers of our society, those who raise this country, live afflicted before the perpetual blackmail of the real estate market,” said the minister. He highlighted the measures that have been approved so far in the term, such as rental aid, the anti-eviction unit or the expansion of the public park with innovative tools such as purchase by trial and error, as well as the decree that requires the mobilization of empty properties disused by large holders, they have served as a reference for the central government to promote the new Housing Law. He also positioned himself in favor of decentralization and attacked Madrid for the capital effect and its policy of tax cuts, which, he asserted, turn it into “a black hole that absorbs the country’s energies while contributing to the decline of emptied Spain. ».

The radiography of the opposition of the right-wing bloc (PP, Cs and Vox) was diametrically opposite, criticizing that the public park has “2,300 fewer homes than those inherited” from the PP in 2015. Criticizing that his arrival in office was for cover up the internal problems of Podem. However, Illueca defended that he is vice president because of the legitimacy granted to him by the political majority of the Chamber and warned that he wants his policies to be not specific, but “irreversible.” He stressed that, above all, it is urgent to act against speculation.

Tourist tax: Unides Podem will negotiate “without red lines” and the CEV is positioned against

The second vice president of the Generalitat, Héctor Illueca, assured this Wednesday that Podem is open to “openly discussing” the introduction of the tax with a debate “without red lines”, speaking “of absolutely everything: when to enter, in what terms and what should be the destination of the collection ”. The head of the Consell, Ximo Puig, reiterated that now the Government is focused on recovery and that in the future it can be debated, but it is committed to having a municipal and voluntary nature. Fran Ferri (Compromís) hopes to “reach a consensus” to introduce the rate in this year’s accounts. For his part, the president of the CEV, Salvador Navarro, expressed his rejection of this possibility, as it implies “a lack of sensitivity” in business terms for a sector that has not recovered; in labor terms for the workers who continue in ERTE and in political terms for not negotiating with the sector.

Also Read  Afghanistan and the monsters of idealism | Opinion

Mónica Oltra: The Botànic closes ranks to avoid its disapproval for the abuse sentence

The three parliamentary groups that support the Botànic once again closed ranks around the first vice president of the Consell, Mónica Oltra, to avoid her disapproval in the Cortes. Ciudadanos, through the deputy María Quiles, registered the proposal that demanded to “demand responsibility” for the actions of the Department of Equality and Inclusive Policies in the case of the conviction of a worker from a juvenile center (Oltra’s ex-husband) after be sentenced to five years for sexual abuse of a minor. Quiles requested the resignation or dismissal of Oltra considering that “he abandoned the minor to protect his chair” and asked the House deputies if their chairs “are worth more than the dignity of a girl.” He received the support of PP and Vox. Both Compromís, the PSPV and Unides Podem defended that the ruling condemns the aggressor, not the council, and accused Cs of using the speech of the extreme right to attack the vice president.