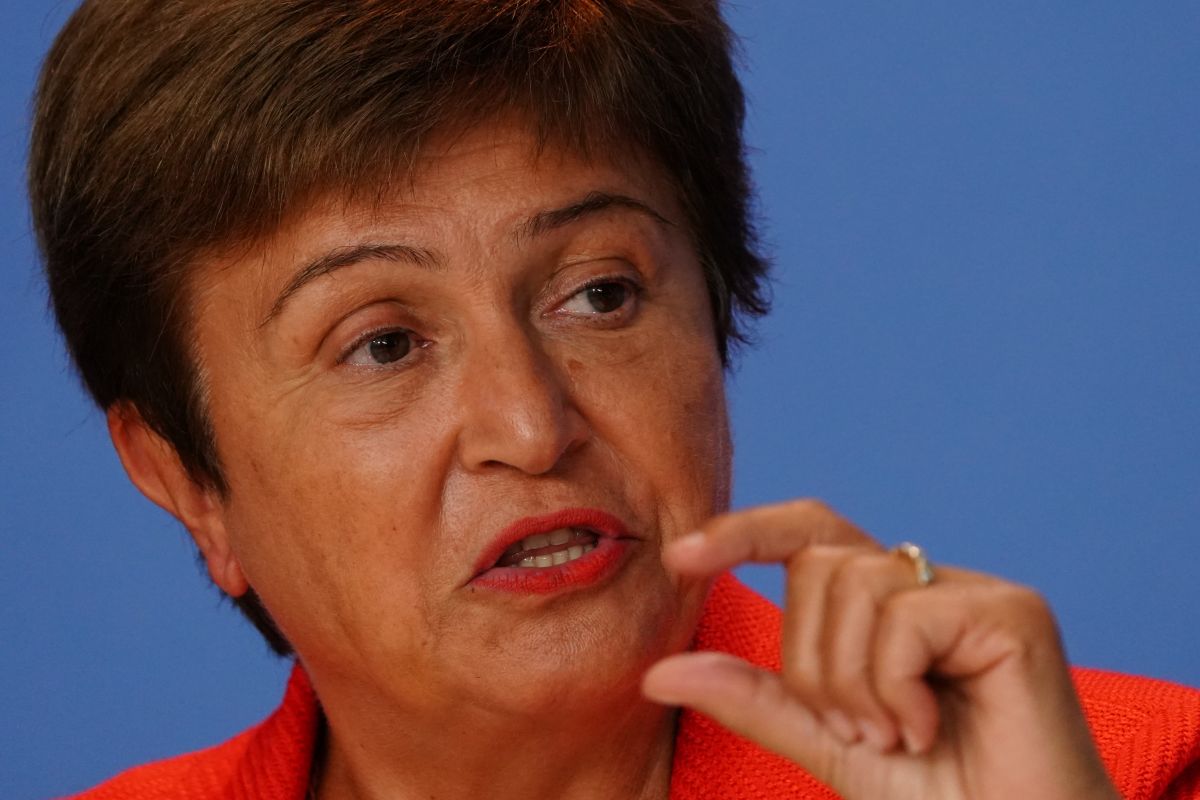 Kristalina Georgieva, Managing Director of the International Monetary Fund, compared the obstacles preventing global economic recovery to “stones in the shoe.” For the leader of the organism these “stones” are 3 and each time they are “more painful”: divergent growth, uncertainty about inflationary pressures and the management of public debt.

According to the Global Economic Outlook of the International Monetary Fund that will be presented next week, growth expectations about the global economy moderates for this year, but the risks and obstacles to a balanced recovery are more pronounced, advanced the head of the agency.

“In July, we project global growth of 6% in 2021. As will be seen in our update of the World Economic Outlook next week, we now expect growth to moderate slightly this year. But the risks and obstacles to a balanced global recovery have become even more pronounced: the stones in our shoes have become more painful”, Said Georgieva at Bocconi University during the Think 20 (T20) forum, in which they discuss the challenges for the G20, El Financiero published.

The head of the IMF spoke about the divergence in economic growth, which she referred to as the “first stone in the shoe.” Commented that The United States and China continue to be vital engines of growth, even when your momentum is slowing down. But to the contrary, Georgieva stressed that: “in many other countries, growth continues to worsen, hampered by poor access to vaccines and limited policy response, especially in some low-income nations.”

On the second “stone” in the shoe, alluding to inflation, the head of the IMF explained: “Although we expect price pressures to decrease in most countries in 2022, in some emerging and developing economies price pressures are expected to persist”.

He pointed out that a sustained increase in inflation expectations could cause a rapid increase in interest rates and a strong tightening of financial conditions, which would pose a challenge for emerging and developing economies with high levels of debt.

And lastly, about the “third stone in the shoe”, the IMF leader stated that the world public debt it has risen to almost 100% of GDP: “Here we see another deep divide, with some countries more affected than others, especially in the developing world. Many started the pandemic with very little fiscal power. Now they have even less space in their budgets and a very limited capacity to issue new debt on favorable terms. “

Georgieva noted that the fall meetings of the IMF and the World Bank to be held in virtual format from Washington on October 11-17, will discuss strategies to ensure a stronger recovery everywhere and shape a better post-pandemic world. for all.

The United States economy will have a historical expansion of 7% in 2021, not registered for 37 years