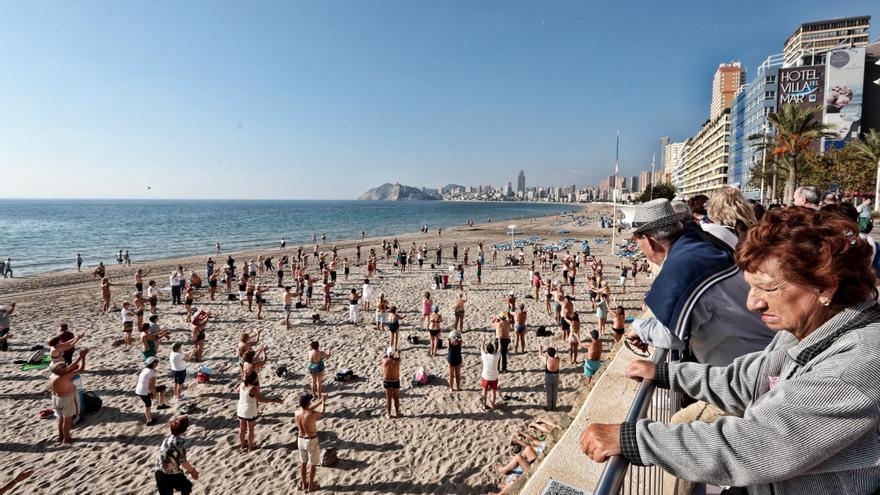 “In Imserso trips, the product of accommodation and meals, the hotels, is the fundamental one. A program could be launched without transportation, without agencies, without intermediaries, but not without hotels that will accommodate the more than 800,000 travelers expected this coming winter. ” explanatory memory of the specifications in which The development of the tourism sector is determined as a pillar of the program, reducing seasonality and, with it, generating employment and economic activity during the low season in this sector, thus ensuring the maintenance of employment and avoiding the destruction of contracts for personnel hired by hotel establishments.

The specifications published by the IMSERSO at the beginning of July are practically a copy of 95% of those of two years ago, so the delay in publication until July is not justified, since no notable news has been incorporated. For this reason, hoteliers demand an urgent rectification. What is becoming clearer every day is that it is impossible for the first groups of retirees to arrive in October, as the Government assures.

Hoteliers denounce the absence of a cost study for each of the services that make up the object of the tender, and especially, “the obligation to study the labor cost in a service (the hotelier) is breached in which personnel expenses represent more than 50% of its value. “Hosbec recalls, in this regard, that the sector contributed in its day economic and statistical report prepared by the University of Alicante on the unit costs borne by the hotel establishments linked to the Social Tourism program. These costs are in a range between 27 and 33 euros per overnight stay depending on whether or not they support the structure costs (mortgage, rents, amortization, etc.) respectively. These costs also have to be translated into a contract price that also includes an industrial profit margin, however small it may be.

The prices at which the program has traditionally been working are also very far from the average rates that for the winter season is applied in the sector according to data from the INE: 64 euros in the Valencian Community for a double room in only accommodation, while the Imserso has valued at 46 euros the maximum income for a double in full board with water and wine, entertainment, and a long list of services. All the economic and statistical reports that prove the Imserso’s breach of this requirement have been sent to the Court for evaluation.

. The second reason on which the resource is based is the ‘de facto’ exclusion of 3-star hotels from this tender, when These hotels are the ones that have historically supported the program and are the ones that can best adapt to the needs of this group. In the evaluation carried out, the hotel offer has an important weight and the 4-star category (4 points) is valued with double points over the 3-star category (2 points) without any kind of justification, having the effect immediate that Only 4-star hotel establishments have a real chance of participating in the Imserso program. “With this, it is put into serious helplessness to many 3-star hotels who have historically been participating in the program and who are now excluded from the hiring of potential bidders because their product, supposedly, is not suitable for setting up a winning bid “.

According to the employer, 3-star hotels that cannot participate, and especially their workers, will be left in a clear situation of helplessness and discrimination regarding the treatment of other services on which there is a succession of concessionaire. “We have made a first calculation that tells us that Some 6,000 workers may be affected by this ‘elitist’ criterion, their employment contracts being affected by ERE, transformations from fixed to discontinuous fixed, with a reduction in the quality of employment and social and labor sustainability. Exactly the opposite of the objectives of the program and many proposals of the Government of Spain “.

Levels satisfaction (+ 90%), of fidelity and of happiness Of the tourists who have been traveling with the Imserso historically indicate that there is no quality problem with the 3-star hotel plant. Rather the complete opposite. In addition, star ratings are the responsibility of the regional tourist authority, and there could be significant differences between 4-star hotels from one region to another, or that a 3-star hotel in one Community offers more services than a 4-star hotel in another. different.

The third cause are the two extension annuities that are foreseen without any type of economic review. Neither the user contribution nor the State contribution will increase in financial years 22/23 and 23/24. This lack of forecast of price update again collides with the absence of serious and rigorous cost studies: in the current inflation scenario, with energy costs skyrocketing to record highs, with raw materials and food becoming more expensive day after day, it is unsustainable three annuities in a row with the same economic framework. The possibility of executing an extension is, in addition, an exclusive power of the Administration, being mandatory for the rest of the program operators.

Toni Mayor, president of Hosbec, has declared that “once again the Government has not listened to us, it has turned a deaf ear to all the recommendations of the sector and in these moments of special crisis where it should show its determined support for the recovery of the tourist industry, it has lost the opportunity to to think big, as a lever for reconstruction for the industry that has suffered the most and is suffering from this pandemic. ” For the president of the hoteliers “we have had no choice but to present this appeal because otherwise it would mean three years of misery and humiliation for the businessmen, as well as an unheard of damage to the 3-star hotel plant that he can see again doomed closing for the winter due to being excluded from this new contract.

Historic hotels, those that have sustained with their effort and work The program, those who have made it a successful initiative that distributes happiness and fidelity among the elderly, are undervalued and despised instead of being precisely protected by the Administration. The legal, economic and technical arguments that have been taken into account for the drafting of the appeal are of unquestionable weight, especially those related to the calculation of costs of the accommodation service in which the component of the salary cost of the workers has a essential importance.

“Hosbec’s goal has always been to be able to build a new sustainable senior vacation program, in which all parties win or at least do not lose. Right now everyone wins (seniors travel, the State earns 1.6 euros per each euro invested, the operators obtain their commercial margin …), all except the hotel businessmen who are the ones who have really been financing the implementation of this program with a charge to their income statement, position that has not been modified in the new specifications “, they point out from Hosbec. The hotel sector is in the most complicated situation in its history and “needs governments that help and not programs that distribute life preserver filled with cement“.