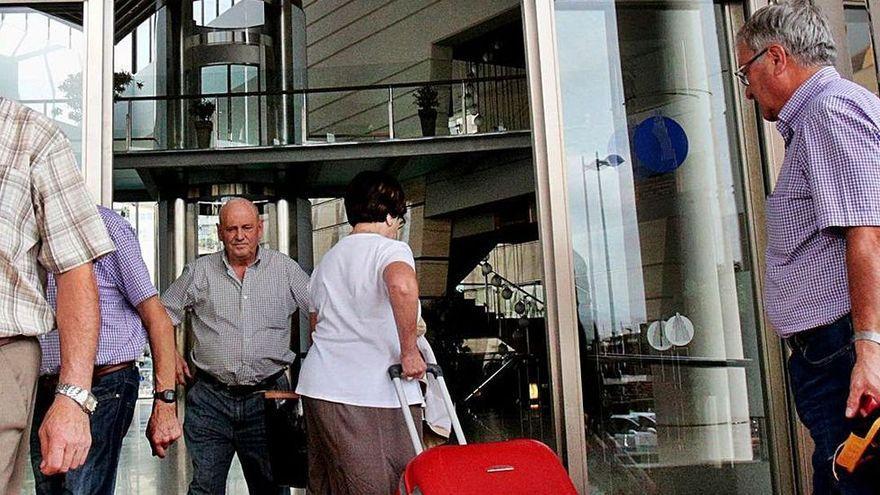 The start of the Imserso trips will have to wait until November, almost a month after its usual start date, as calculated by travel agencies, which urge the Administration to resolve the pending procedures for be able to start selling and encourage demand.

The vacation program for the elderly used to begin after the Pilar bridge, but this year the procedures have been delayed more due to the uncertainty derived from the pandemic, according to sources from the Ministry of Social Rights, which maintains the start date at October.

Travel agencies do not see it so clearly, they think it is materially impossible to come out on time and require the government to resolve quicklyThe president of the Spanish Confederation of Travel Agencies (CEAV), Carlos Garrido, told Efe.

The hiring table is pending the National Commission of Markets and Competition (CNMC), which must resolve an incident submitted by one of the selected wholesalers (Traveltino, from the Logitravel group).

Traveltino has stated that it does not have a point of sale (it is mandatory) in the Canarian municipality of Arucas and that it has not reached an agreement with its competitor Halcón Viajes, which it does.

In this situation, the hiring table decided to send the matter to the CNMC to analyze whether this lack of agreement It is a violation of free competition by trying to eliminate a competitor, as Traveltino alleges.

CNMC sources explain that, in general, once aThe notification is analyzed if its analysis is relevant from the point of view of competition and, if appropriate, a file is opened. There is no defined time frame for the first analysis, although “it is usually resolved quickly.”

In addition to this matter that must be clarified by the CNMC, it is pending that the group led by Iberia present new offers for lots of peninsula and islands, for those whose proposals are “abnormally low” as stated in the evaluation report of the offers of the Ministry of Social Rights.

The Imserso program consists of three lots (areas of the peninsular coast, islands, and interior and Europe), endowed with a budget of 66.69 million euros (without VAT) for 816,029 places, according to the documents posted on the State recruitment portal.

The companies that have been presented are Traveltino (from Logitravel); Avoris (which includes Halcón Viajes after the merger of Barceló and Globalia’s travel business); and Iberia with a group of travel agencies and Alsa.

The program includes trips between 4 and 10 days between October and June 2022 with prices ranging from 115.98 euros (three nights in provincial capitals) and 455.81 euros (9 nights on the peninsular coast and the Balearic Islands for beneficiaries coming from Europe).

Agencies ready to launch the program

Despite these incidents, travel agencies do not understand the delay in the organization of the Imserso program, especially this year, in which it had to contribute to the normalization of the sector. Garrido has explained to Efe that although the sector is prepared to put on sale “in record time” the trips of the elderly is “urgent” that the program is resolved, but does not believe that trips can be made until November.

Although the Imserso trips have a “low contribution” to the margins of the agencies, in this case the most important thing – Garrido points out – is “the spirit and the idea that the tourism is beginning to move.” Also, although in a residual way, it will help to remove workers from the temporary employment regulation files (ERTE) due to force majeure, in which there are still more than 12,000 employees of the agencies.

In mid-August, the Central Economic Administrative Court (TEAC) rejected the appeals presented by CEHAT and by the employers’ association of the Valencian Community, HOSBEC, against the contracting specifications approved by Social Rights and lifted the suspension of the contracting procedure that had been issued 15 days before. The tourism employers asked to update the conditions because they estimated that the prices of the program are “well below costs”, among other revisions. The Social Rights sources consulted by Efe highlight that eThis year fewer places have been called than on previous occasions, which leaves a greater margin for hoteliers.

Delays also in the thermalism program

The paperwork is also delaying the program vacation in the spas, which should start in October, a delay that puts the sector and 7,000 workers in a delicate situation, the president of the National Association of Spas (ANBAL), Miguel Mirones, has told EFE.

In this case the administrative procedure is different and the Imserso must signCreate an agreement with each of the 91 spas that participate in the program. Until now, barely a score of contracts have been signed, according to the Ministry of Social Rights, although Mirones is not “aware” that none have been closed.

The thermalism program includes 57,565 places with trips of 10-12 days between October and December 2021, with prices for users ranging between 236.73 and 483.15 euros depending on the month, duration and category of the hotel.