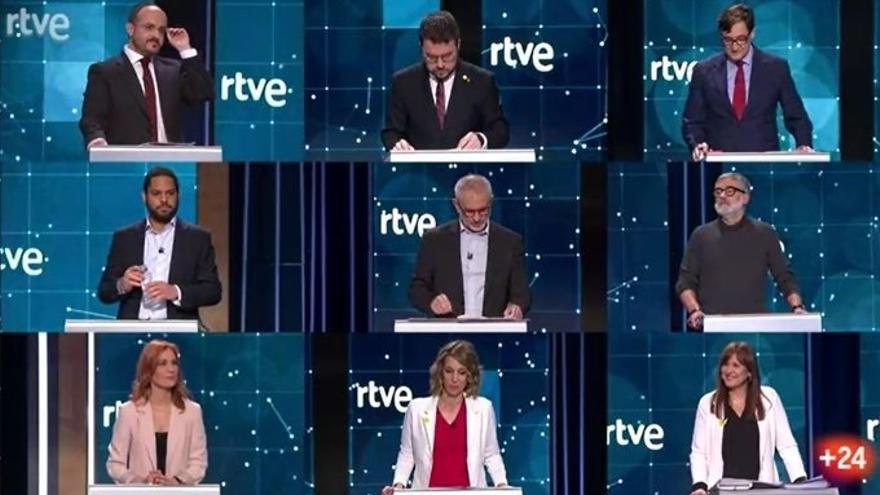 Marcel Proust, in ‘On the side of Chez Swann’, expressed it this way: “Facts do not penetrate into the world where our beliefs live, they have not given birth to or destroy them; they can inflict the most constant denials on them without weakening them, and an avalanche of misfortunes or diseases happening without interruption in a family does not It will make her doubt the goodness of her God or the talent of her doctor. ” The era of post-truth has reinforced this emotional key: the facts do not matter so much as the perception we have of them.

In this context, against the backdrop of the rise of populisms, the ideological-programmatic axis has been displaced by the identity-emotional axis. In the case of Catalonia, the identity tension and emotional charge of the ‘procés’ and ‘antiprocés’ upset the political map and fractured society. The result has been institutional paralysis, a reflection of a Catalonia tied with itself. The transversal victim has been Catalanism, which is no longer the common denominator, and the bankruptcy of social consent.

The greater the emotional tension, the more the identity axis has prevailed at the polls. Thus, in the moments of greatest plebiscite charge – the Catalan elections of September 27, 2015 and those of December 21, 2017 – the independence bloc garnered the majority of seats in the Parliament and around the 48% of the votes. The collateral paradox: for the first time since the reestablishment of the Generalitat, the first opposition party (2015) and the country’s first party (2017) were not part of the Catalan tradition.

Will the 14-F serve to turn the page? Will gesticulation give way to management to face the health crisis and the social tsunami caused by the pandemic? Will the one-sidedness of some and the immobility of others be overcome? Will the path of dialogue, negotiation and agreement be resumed? The answer is in the hands of the voters: they will determine with their vote the composition of the new Parliament and the possibility that Catalan politics will emerge from the hamster wheel in which it is installed.

However, in any of the scenarios, whether the ideological or identity axis prevails, all parties must accept the democratic key, that is, respect for the results and the rules of the game: institutional loyalty and the rule of law. Catalunya needs to meet again. It will not be possible while there are political prisoners. The counterpart, however, must also be very clear: renunciation of unilateralism, respect for the division of powers and safeguarding of pluralism; also in the audiovisual public service of the Generalitat.

I am not going to lose a line in the small print, tinged with Hispanophobia, that has surfaced on social networks. It is the epiphenomenon of a nuclear problem: the ‘procés’ roadmap, before the plenary sessions of September 6 and 7, 2017, violated the rules of the game. “The Parliament urges the future Government to comply exclusively with the rules and mandates issued by this Chamber” (Resolution on the beginning of the ‘procés’). “Disconnection laws are not subject to control, suspension or challenge by any other power, court or tribunal” (Conclusions of the Procés Constituent commission). Without counterpowers: neither Catalan nor Spanish nor European nor international.

The entry of the extreme right into Parliament will force scrupulousness in form and substance. I repeat: the ideological or identity axis prevails, all parties should act in a democratic key. Meanwhile, a triple recipe from Joe Biden for the election campaign: “We must stop yelling at each other.” “We have to reject the culture in which facts are manipulated, even fabricated.” “We will not be guided by the example of our power but by the power of our example.”