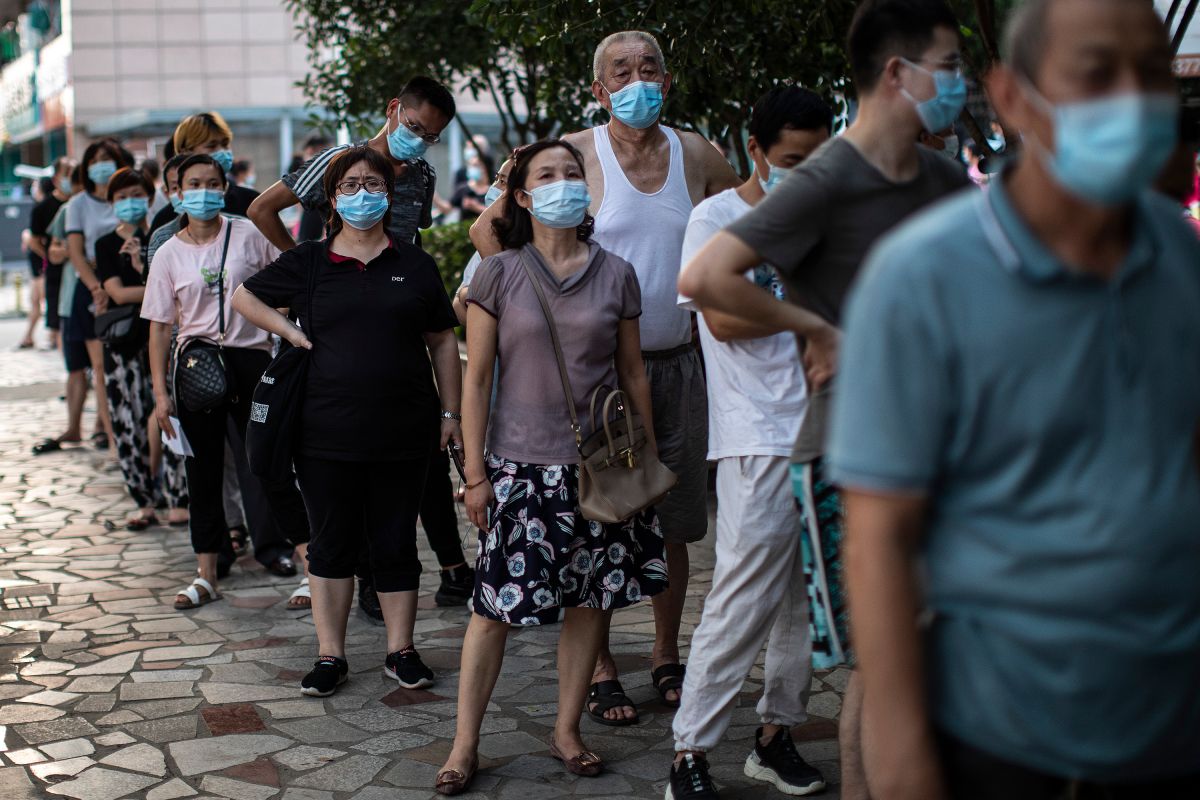 China, like other countries in the world, are going through difficult times due to the coronavirus pandemic, which again has had a significant rise in the number of infections and deaths, apparently caused by the Delta variant.

In Chinese territory, Beijing is one of the cities that is suffering the most from this upturn in cases, which has caused a lot of speculation about the origin of COVID-19 and again, A conspiracy theory that the origin of the virus is in the United States has regained strength on that side of the world.

With this conspiracy theory promoted by government officials and state media, some Chinese claim that the virus was created or leaked from a US Army laboratory.

Although this conspiracy theory circulates in that country since March 2020, This week, the Beijing authorities have asked their diplomats to demand an investigation from the World Health Organization (WHO) into the work carried out by the US Army Infectious Diseases Medical Research Institute, whose headquarters are at Fort Detrick, Maryland.

This campaign came after Beijing rejected the WHO’s proposal to conduct a second investigation into the cause of COVID-19 proposed last month, which would include laboratory and market audits in Wuhan, the original epicenter of the pandemic.

In March 2021, the WHO published the report on the origin of the virus, concluding that the theory that it had been created in a laboratory was “extremely unlikely.” This statement did not satisfy several nations and scientists, especially from the Western world, who have questioned the thoroughness of the original report, stating, without any proof, that China “has denied access to original and complete data and samples.”

In fact, at the end of May, the president of the United States, Joe Biden, ordered US intelligence agencies to redouble their efforts to investigate how the coronavirus originated, including the possibility that it arose from a laboratory accident.

The intelligence community was required to report to Biden within 90 days. Since then, no hard evidence has emerged to support the laboratory leak theory, and many scientists continue to believe that the virus is more likely to have naturally jumped from animals to humans. For now, senior intelligence officials say they are genuinely divided between the two theories.

In early July, the Global Times newspaper, which is 100% run by the Chinese government, launched a campaign asking people to sign an open letter to the WHO demanding an investigation at the Fort Detrick laboratory. So far, this letter that is on the Internet has collected about 25 million signatures.

At a press conference last week, Chinese Foreign Ministry spokesman Zhao Lijian called on WHO to investigate both the Fort Detrick laboratory and a University of North Carolina laboratory, led by the top expert. American in coronavirus Ralph Baric.

Zhao also suggested that US military athletes who attended the World Military Games in Wuhan in October 2019 could have brought the coronavirus to China, reiterating an unfounded claim he made on Twitter in March 2020.

In social networks, another conspiracy theory shared by government and state media, supported by a little recognized Italian tabloid, is that some US military could have spread the coronavirus in that country through a blood donation program.

Also Read  Will insurance pay for damages from the La Palma eruption?

This has caused some inhabitants of that country to start calling COVID-19 the “American virus.”