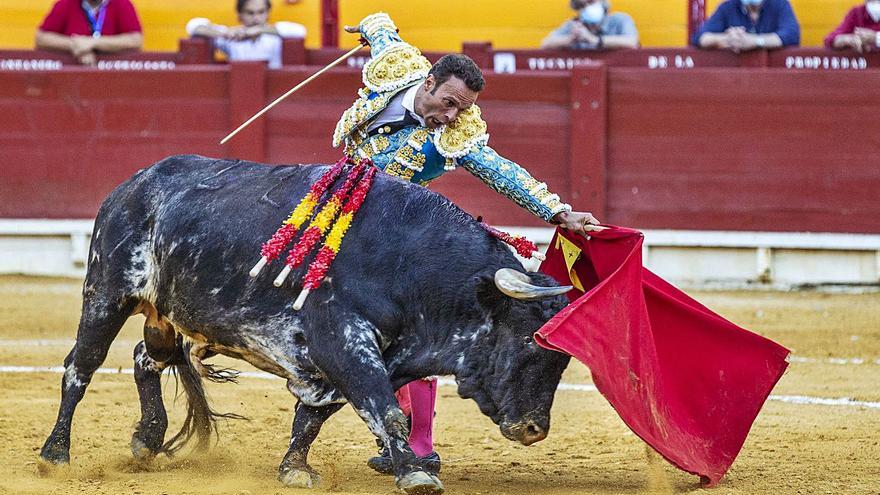 In Praise of Inspired Bullfighting

But the second part gave the fans two tasks to remember. Poetic justice wanted Tratante, the best cuatreño of the confinement, to end up at the hands of Ferrera. The Extremadura received him with arabesques capoteros very much in the air of the lamented Mexican Rodolfo Rodríguez “El Pana”, joining a long one to one hand with a lantern of preparation with the cape. Precious galleo by chicuelinas to take the bull to the horse, and another one to remove it (to “remove” the bull), finishing with a half veronica in the center of the ring. After José Manuel Montoliu and Fernando Sánchez (who repeated in the previous one with Javier Valdeoro) dismounted in the best third of the fair’s flags, Ferrera gave Yeyes Manzanares and put all the meat on the grill. Ferrera is a mature bullfighter, beaten with goring and who has become a right-hander who improvises and wears his frets a lot. More Pana airs in some appointments, and above all the intention of linking the batches and lengthening the attacks. There were massive right hands, even passed out, finished off with an exquisite change of hand. Two batches of natives halfway through the task brought the work to its zenith, with the public already devoted to everything the bullfighter proposed. He tried to kill receiving from long distance and succeeded in the second, with a rear blow and lying that made Tratante double. Two ears and an ovation to the good specimen.

In Praise of Inspired Bullfighting

The Morante thing in the fifth is another story. The Morante thing, in general, is another story. It is a compendium of science and art, what do you want me to tell you. Science because it combines a technique rich in nuances of modern and ancient bullfighting, an unheard of value to put it all into practice and then, of course, it is marinated with inspiration and a great artistic interpretation. Algarra’s fifth didn’t seem like a big deal. How beautiful was Morante dressed, in a scarlet and jet black suit with indigo trimmings. And the tall male cap, the old-fashioned way. Nothing with the cape, without a toast, and then something sees the Sevillian who draws a bouquet of many carats of help from the top, topped with one at the bottom and the chest. The so-called Recomposed did not repeat spiritedly, rather almost at Mexican idle, and Morante, based on touches and placement, extracted six or eight magic right hands, superb, exquisite, rocked … There are no adjectives in the dictionary to capture so much harmony, so much beauty. The chest finials, emptying the onslaught; the crooked hip accompanying the journey of the horned nobleman; drops of old bullfighting by knee high on the ground … The chronicle of the work of Morante only admits ellipsis. He killed from a prick and a half up and took a lighter ear request. What difference does it make. He had given us a task to remember …

Juan Ortega was encouraged with a bouquet of veronicas with packaging to the sixth, which fell apart on the crutch, meek and elusive. Be quiet. After the morantist symphony, it was also difficult not to clash anymore.