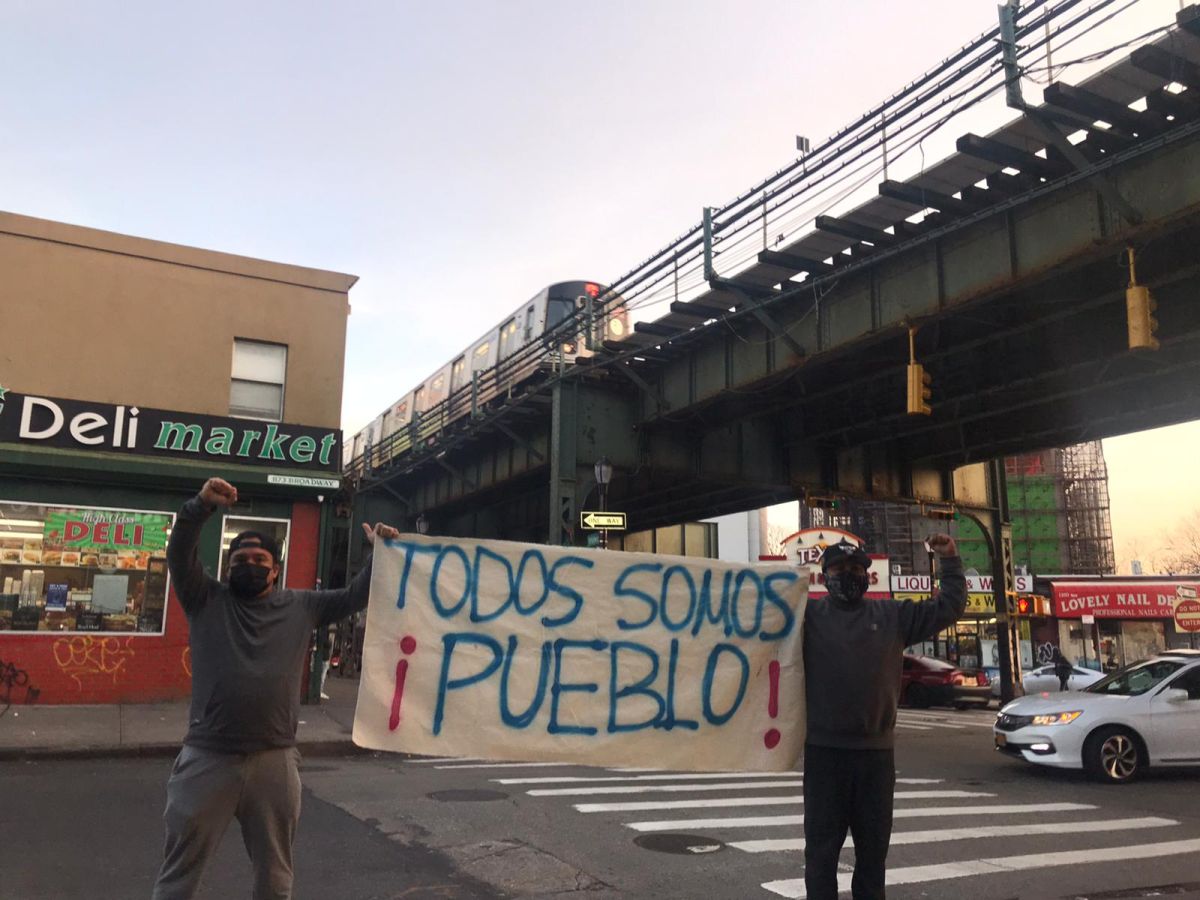 In the middle of the second wave of COVID-19, which has not only left more than 20,000 deaths in the Big Apple but also enormous damage to the economy of thousands of low-income families, indigenous Latinos from the five boroughs came together this Friday to raise their voices and demand protections for their communities.

Through the Assembly of Indigenous Immigrant Peoples of New York, dozens of indigenous people, activists and political and community leaders gathered to ask the state and local governments not to exclude them and to give them the treatment they deserve as members of the city.

Among the protesters’ list of demands are increased language services at consulates for their original languages, protection for food delivery people and the approval of the billionaire tax to finance excluded workers.

“Indigenous communities have not been included like the other immigrant colleagues with the aid and in this city, as indigenous speakers of native languages, it has been difficult for us to obtain access to medical services ”, he said Yoloxochilt Marcelino, originally from the state of Guerrero Montaña Alta. “And since they cannot receive interpreters because they do not speak or understand well, they do not acquire services properly and they take us for ignorant people who we do not understand.”

The activist, who speaks the Tuu’nsavi Mixtec language, assured that although the Mexican Consulate assures that in the Big Apple there is an estimated 35,000 indigenous people, your calculation is that there are more than 200,000, many of them working in the delivery and restaurant industry.

The Assembly member Carmen de la Rosa, a member of the State Assembly, joined the demonstration and called for the rights of indigenous people, warning that many were left without work and have been excluded from aid.

“As legislative leaders we cannot turn a blind eye to our most vulnerable, in particular indigenous immigrants who are essential and excluded workers. Today we call on Governor Cuomo to listen to our plan and collect taxes from billionaires to create a fund for excluded workers, ”said the legislator.

The Senator Jessica Ramos He also called for these groups to have the protections they deserve and called for the millionaire tax to be passed.

“Indigenous immigrants live at the intersection of being essential and excluded workers. Your work creates wealth in our state. We have more billionaires in New York today than before the pandemic. Collectively they are worth more than $ 500 billion and have earned about $ 77 billion more in recent months, ”said the legislator. “Asking these 120 people to contribute to a fund that raises $ 23 billion is really a silly change for them and can improve the lives of thousands of New Yorkers. It is the right thing to do and the faster we do it, the faster we will avoid a greater economic calamity. “

Saul quitzet, dedicated to selling flowers in New York, who is a survivor of COVID-19, said that the rejection of their communities is daily bread.

“Our people, including indigenous people who were sick and went to the hospitals for help, had a hard time trying to get treatment. There is no serious commitment to have interpreters and translators in hospitals, in courts, to share information about the pandemic, the laws or financial aid to our communities, ”said the young indigenous man. “There is no respect for our language, our customs or our thinking. We are treated like pawns that only serve to work ”.

“The pandemic has drastically affected immigrants and working-class New Yorkers, including our indigenous brothers and sisters. Communities have been struggling to put food on the table and continue to face huge rent bills, ”he said. “Once again, before the year is out, we demand relief for our communities, including protections for delivery workers, language access, and immediate action to raise taxes on billionaires and fund excluded workers.”