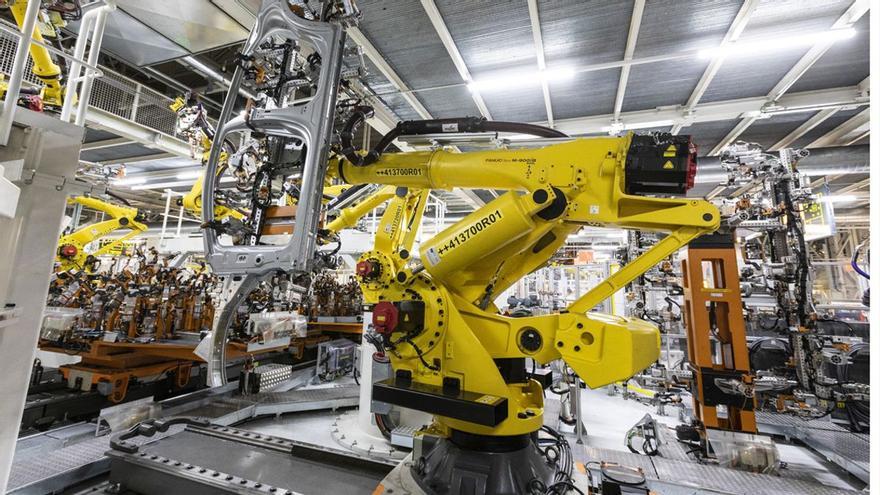 The Ministry of Industry is finalizing the bases of the call for European aid to companies that will be eligible for subsidies within the PERTE for the development of electric and connected vehicles. The Strategic Project for Recovery and Economic Transformation (PERTE) for the automotive sector was definitively approved by the Spanish Government on December 28, after having received the blessing of the European Commission a few weeks earlier. The next step should be the call for public aid and, according to Industry has confirmed to El Periódico de Catalunya, a newspaper of the same group, Prensa Ibérica, as this newspaper, this will be produced as soon as possible within the next four weeks, without ruling out that it may be launched even within this month of January.

This PERTE for the automotive sector foresees public aid of European origin for a total of 2,975 million with which to mobilize almost 12,000 million additional euros of private investment. The maximum amount of aid (2,975 million euros) includes both grants non-refundable (1,550 million) as soft credits (1,425 million) with which to finance the private investment of others.

There were doubts as to whether the Ministry of Industry, led by Reyes Maroto, would opt for the launch of a single call for the total amount of the aid or whether it would fragment it into several waves, with a first for the amount of 660 million. Finally, according to Industry sources, it is planned to launch a single call for the total amount of aid (2,975 million), without ruling out new ones in the future if not all are covered or if PERTE could be associated with more European aid.

The ultimate objective is that the allocation of aid, within the consortiums of aspiring companies to grants, is resolved within the first semester of this year. According to the bases by which the PERTE will be governed, published in the BOE at the end of December, the companies that are awarded must carry out their projects on the date September 30, 2025 cap.

The total planned investment for the entire electric and connected vehicle development plan is at 24 billion in the period 2021-2023, with the public contribution from 4.3 billion (including the 3,000 million approved by Brussels) and a private investment of 19,700 million euros broken down into the different support measures.

The key is in the deadlines. Industry sources comment that time is running out since to put together projects that are performing in mid-2025, in some cases at least two years of preparation and execution of facilities are necessary. If the candidatures are opened at the end of this month and the deadline is not expected until May, it is possible that the Government’s decision will be after the summer, so that the implementation time of the different structures is very fair.

From the outset, the project led by Seat and the Volkswagen group for the development of the electric car in Martorell (also made up of Telefónica, Iberdrola and CaixaBank, as well as various automotive suppliers such as Gestamp, Ficosa, Antolín and Sesé) meets all the requirements to be eligible for aid. Business sources point out that the electromobility hub that it chooses to take advantage of Nissan’s facilities in Barcelona (after the closing of this) is also in a position to meet the prerequisites to qualify for public aid that can be decisive to carry out their plans.

In this sense, the electromobility hub led by companies QEV Technologies Y Btech has raised invest about 800 million of euros to produce all kinds of electric vehicles in ex-Nissan plants and employ 4,000 workers. The financial muscle will come through venture capital funds, according to their managers in an interview on TV3, and they trust that some 200 million euros arrive at the project via subsidies and public aid. This is where PERTE would come in to finance part of the planned investment. The promoters of the hub are confident that 30,000 vehicles will leave the Nissan facilities in 2023 and about 100,000 in 2025. The hub companies would also comply with the requirements published on December 28.

In the reference proposal of Seat and the Volkswagen Group is the proposal of construction of the battery plant high voltage. It is a key element since it would become one of the leading plants of the on de Europa and that, according to what they point out from the project, is open to supply anyone who wants it by entering the project. High-voltage batteries comprise a six phase process that goes from the extraction of the mineral to the assembly of the batteries, going through the mixing of materials, the creation of electrodes, the assembly of cells and modules. The production plant is expected to take the first three or four steps and the location will have to be decided between Aragon, Extremadura and Valencia.

The need to start projects like this so that they are operational before October 2025 requires that the deadlines for presentation of proposals, study by the Government and approval is done as quickly as possible. Industry sources point to the end of April or May to be clear about where the plant will be located. What seems clear is that in the surroundings of the Seat plant there will be cmodules and batteries assembly centers, for logical production reasons.