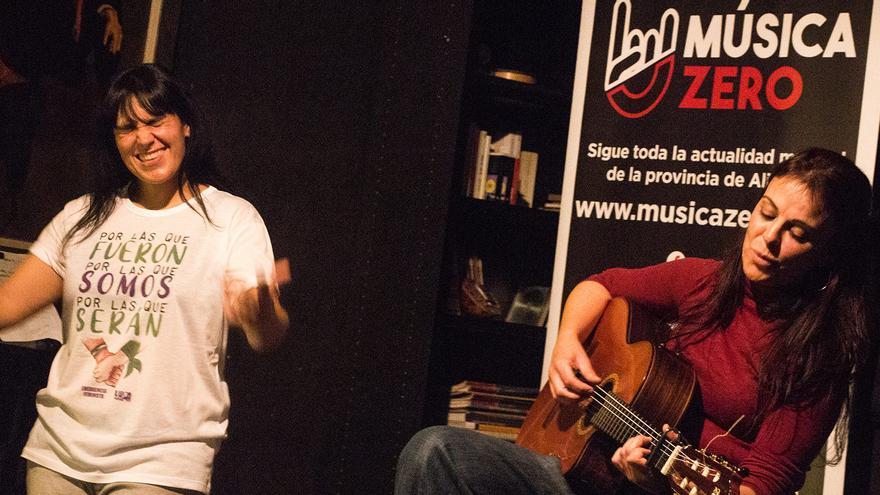 The youth organization Música Zero has prepared, on the occasion of the International Women’s Day celebrated yesterday, a survey to know the figures and levels of equality in the emerging music sector from the province. This survey also aims to find out the reasons why the majority gangs in Alicante are male, with a smaller number of artists and emerging groups made up of women.

The results of this initiative reveal that 46.2% of women respondents consider that artists and bands with members men have easier and more direct access to the sector musical. “There is an added difficulty and that is that it is more normal to see a man singing reggaeton than a woman being a hard rock singer. The fact that women have pre-assigned musical genres shows that there is an added difficulty ”, says one of the respondents. In this sense, groups with female voices “are very typecast in more melodic music and in the indie world there are very few groups or female singers as headliners at festivals”, laments another of the participants in the survey.

Likewise, the 38.8% of those surveyed expresses that artists and bands made up of women have a preassigned genderIn this case, pop is the majority genre in which the majority agree. “Who wants a woman to sing or tell such chilling stories of our present time through rap and trap?” Asks a respondent, “generally no one, the industries in that case prefer men,” she details.

On the other hand, stereotypes, the physical and the canons of beauty taxes, the undervaluation and sexist language, the objectification of women or motherhood and family, in addition to the lack of training in the sector along with the “luck factor”, are outstanding aspects in the responses that the participants in this survey have offered when it comes to influencing the impediments that women face when it comes to form a band or go solo into the musical world.

As well, 32% of the participating women acknowledge having suffered some type of violence in this area, from verbal violence, of which 3.7% claim to have been a victim of physical violence, to “arrogance for commanding and trying to hook you up.” In addition, others claim to feel alienated in certain circumstances prior to recordings, rehearsals and concerts, since “they do not include me in technical conversations (wiring, microphones, amplifier operation, soundproofing)”, denounces one of the respondents.

The survey shows that 53.7% of those surveyed know women who carry out their professional activity in the music sector, of which 18.5% are teachers. However, the data provided by the participants show that the sector advances at a slow pace through the knowledge of women who carry out their work as managers, producers and technicians by 9.25%. Among the reasons that the majority of respondents agree on is the economic factor, since “it does not have support” and “it is more difficult to live on it.”

The reason for this survey arises a year after the launch of the #ArtistasALC project, with which the musical platform aims to give greater visibility to groups and artists in the province and surroundings, through the development of an online catalog that allows producers and promoters have a compilation of emerging musicians in their bid to publicize new talents. After including more than 30 groups and singer-songwriters, “we realized that only 5% of the artists and bands that make up the artist guide are womenFor this reason, we want to influence this inequality and find out what are the main reasons why women in the province have not yet launched into the musical world, ”they lament from the association.

In addition, the figures reveal that 81% of those surveyed do not know of any municipal entrepreneurship program for artists and emerging bands of the city, for this reason from Música Zero they comment that “we want to reach out to the different administrations of the province, within the areas of youth, culture and equality, to launch and promote new participation programs that allow to the youth to bet on music and begin, through these initiatives, their musical career ”.

Among the priority objectives of Música Zero is promote equality between women and men in emerging music through concerts, performances, photographic exhibitions, diffusion in its digital magazine and other actions that give visibility to all the artists of Alicante and neighboring provinces such as Murcia, Valencia and Albacete.

Among the Zero Music proposals for making women visible in the music sector, the entity has broadcast today on RàdioUA, on the occasion of Women’s Week, a dialogue with rapper Yaike, the singer-songwriter Anita Anton and the clown Victoria Lourdes to publicize their motives for entering music and culture in order to encourage young female talents to be part of this world, as well as a microconcert to three voices to continue vindicating the feminist struggle. The program is being broadcast on iVoox de RàdioUA, its YouTube channel and social networks.