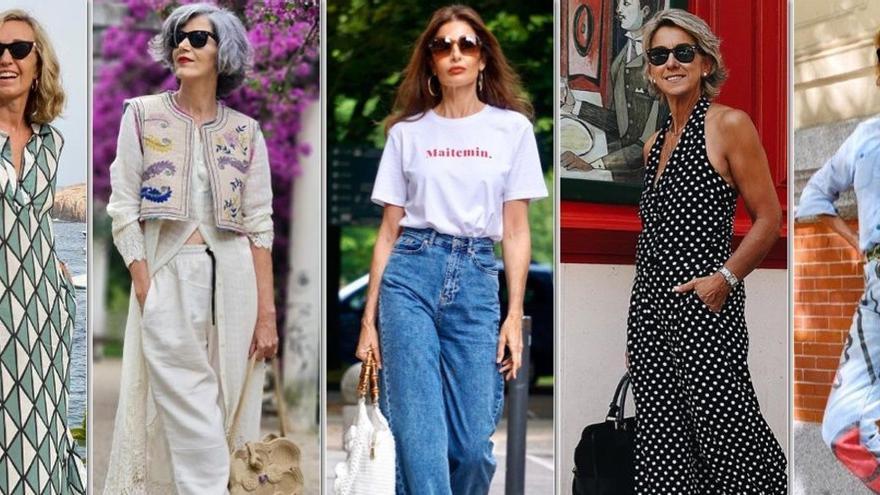 Two decades of joyful births in the country –14 million babies, no less–, children of the demographic explosion, born in dictatorship, grown up with television, benefited by Spain’s entry into the EU and witnesses to the incorporation of women to the labor market. Well, this generation that takes its name from the American ‘boomers’ (there the birth explosion was earlier, after World War II) also has his piece of cake on social media.

According to the IAB annual report, 26 million Spaniards between the ages of 16 and 65 use social networks. And although Facebook, Twitter or LinkedIn are the favorites of the elderly, Instagram is the one that grows the most in Spain, with 20 million accounts in 2020. Most of the ‘instagramers’ are ‘millennials’ and women: 55% compared to 36 % of men. And this is where the ‘boomers’ have found a niche, turned into ‘influencers’ who give style advice, competing with twenty-somethings in the ‘street style’ and trends for women of 40, 50, 60 years who, in addition, can buy them.

From ‘low cost’ to luxury

Your goal is show that the passion for fashion is ageless. Some bet on mixtures, colors, risk; others prefer neutral tones and classic cuts. Some have gray hair and red lips; other long dark manes. Some dress ‘low cost’ from head to toe, Zara girls included; others wear luxury signatures and spectacular accessories. Of course, among their ‘hashtag’ there is never a lack of that # over50style that includes them in a very large group of stylish ‘instagramers’ of more than 50 in which, among many strangers, there are some famous faces such as those of Sarah Jessica Parker Y Cynthia Nixon, in the middle of filming the sequel to ‘Sex and the City’.

“I am ashamed to say that I am an ‘influencer’. It would sound pretentious of me,” he says. Carmen Gimeno, 57 years old, graduated in Fine Arts and professor of drawing at a school in Bilbao. “I find it funny to take photos and upload them to Instagram, but I don’t want to be a champion of anything. I don’t do ‘stories’ or put filters on or anything like that. The photos are just as they are, so natural, because otherwise I would become someone else “.

Also Naty Abascal is on Instagram to show that at 78 years old (he passes the boomer hairpin by far), he continues to give as many style lessons as when he paraded for Elio Berhanyer, Valentino Y Oscar de la Renta. She defines herself on the social networks as “fashion consultant” and displays haute couture looks or Balmain bags with the same naturalness with which she wears Mango or Bimba y Lola outfits. And when you want to show that everything comes back, you just have to pull the newspaper library, like this summer with three looks from the past that are in all stores today: fuchsia, ruffles, halter neck. Naty always put it on before. It does not fail.