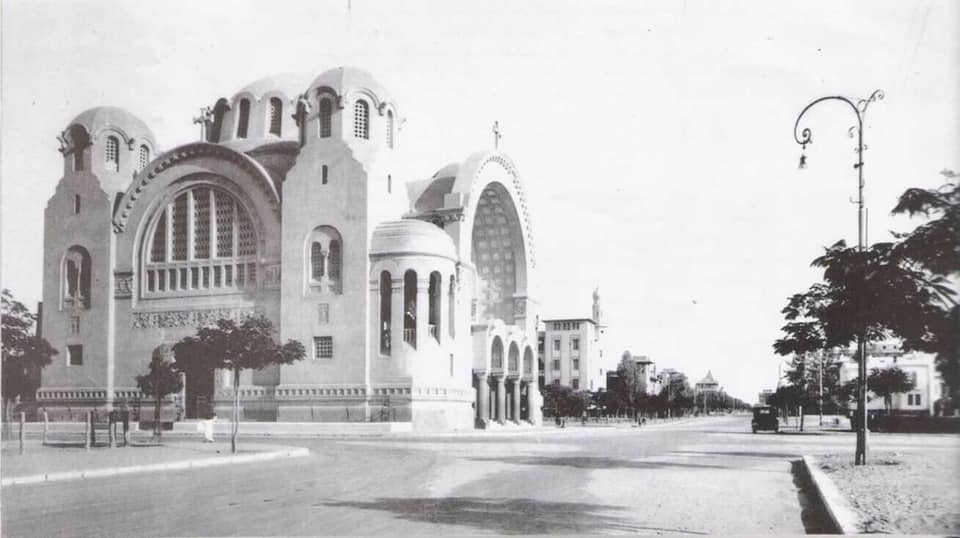 Strolling through the heart of the affluent Heliopolis neighborhood in eastern Cairo still captures the essence of a district that seems out of place and out of time. Its wide French avenues and sumptuous Islamic or neoclassical buildings, crowned by a palace inspired by Hindu architecture, converge in this oasis steeped in a strong orientalism in which many elegant palaces also survive.

The peculiar history of the place is intimately linked to the figure of its flamboyant founder, the Belgian industrialist and banker Barón Édouard Empain. A great enthusiast of Ancient Egypt, Empain arrived in the country at the beginning of the 20th century and, once there, he founded a company that in 1905 acquired a 25-square-kilometer site in the desert to build a new city —Heliópolis—, now absorbed. by Cairo.

Empain took care that the city of the Sun was designed according to his exotic fantasies: his urban planning was based on roundabouts that act as nodes from which rays of streets are projected forming drawings of suns, and his emblematic Al Ahram street (the Pyramids ), is perfectly aligned with the wonders of Giza, in such a way that in the past they could be seen from this point more than 20 kilometers away.

“Heliopolis is truly exceptional because it was designed in 1906 and Baron Édouard Empain called for the new city to be an ideal example of a city in the desert,” explains Soheir Hawas, founder of the National Organization for Urban Harmony. “It has some very special urban features and character: it was a new kind of planning,” he adds.

Recently, however, an unexpected adversary has arisen to the rich heritage of Heliopolis: the works. In the last two years, the authorities have carried out, at a frantic pace, multiple transport infrastructure projects, such as building bridges and widening streets, which residents warn that they are irremediably altering their identity.

The goal of the authorities is to decongest Cairo’s heavy traffic, connect the district with developing highways, and facilitate movement with the new cities being built in the Cairo orbit, including the new capital. But many residents lament that the gamble is largely ineffective, and that only the most famous and tourist-friendly buildings are being renovated. “These transformations have changed the urban character of Heliópolis”, states Hawas.

The latest episode of this fever for infrastructure has even threatened the very heart of its heritage area. His neighbors recently discovered that everything was ready to raise a large bridge two kilometers above the historic axis of the neighborhood, which includes the Presidential Palace of Ittihadiya and its precious Basilica of the Holy Virgin, from 1913, inspired by Saint Sophia of Istanbul and where Empain lies buried. “From beginning to end, that is the axis of the historic Heliopolis. It’s the heart, ”says Choukri Asmar, president of the Heliopolis Heritage Initiative neighborhood organization.

In this case, the quick neighborhood reaction and the willingness of the authorities to study an alternative have slowed down construction for now, according to Asmar and parliamentary sources, who applaud the decision. “In recent years we have made great progress in preserving our heritage, but we have also lost a lot,” considers the first, “so it is about persevering.”

The Heliópolis neighborhood, designed at the beginning of the 20th century by Barón Édouard Empain according to his fantasies, is one of the most threatened

Stories similar to that of Heliopolis, but often without a happy ending, are repeated in many other parts of Cairo, where the infrastructure development campaign, which mainly benefits the upper-class urbanizations around the capital, is carried on. carried out with hardly any dialogue with affected neighbors, according to critics.

Another of the projects that has generated the most alarm in recent months is the construction of two rounds that cross two cemeteries in historic Cairo, where hundreds of graves have already been removed and dozens of families have relocated to gain space, according to statements from the government. The authorities assure that the antiques are not affected, but many consider that their criteria are too broad. In addition, critics point out that the cemeteries are within an area protected by national regulations, such as Heliópolis. But EL PAÍS has verified that, in at least one case, these restrictions have been circumvented with an executive order that qualifies the project as “public benefit”, which allows it to take advantage of the exception contemplated by law and avoid its requirements. Critics believe that this is a widespread practice.

Similar fears are replicated among residents of the Cairota and affluent Zamalek neighborhood due to subway works. They are also reiterated by archaeologists, for the construction of highways near the pyramids, and this February, a parliamentarian worried about the possible demolition of a palace from 1865 to build a bridge.

Most of all these projects are traced to those of the Cairo 2050 urban reorganization plan prepared by the environment of the deposed dictator Hosni Mubarak in the early 2000s, and now recovered by the regime despite the fact that its one-size-fits-all approach has already been criticized in last. “The urban fabric of historic Cairo is totally different from that of Heliopolis, Zamalek or downtown,” explains architect Ahmed Mansour, who has worked on heritage conservation projects in historic Cairo and is a founding member of the Heritage Initiative of Heliopolis. “So you can’t say that anything you can do in one area will be able to be replicated in another, which is what is happening,” he slides.