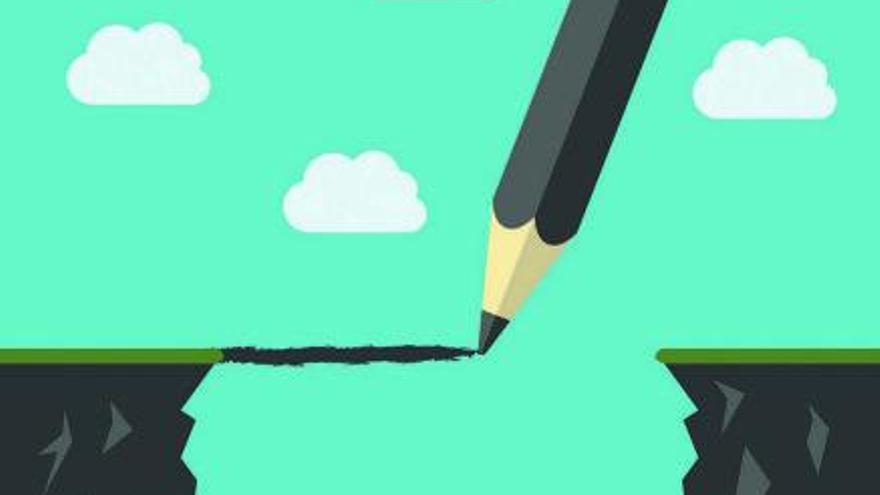 I have participated this week in the II Forum of Prospective Economy of Galicia And, for this reason, I have updated my reflections from when I was doing economic prospecting in a large consulting firm. Chance has wanted it to coincide with the days when we celebrate the tenth anniversary of the end of ETA after years sowing death and fear in Basque and Spanish society, uselessly, since none of its objectives have been achieved through violence, which we saw everyone except them.

It is the inability of human groups to act today, in accordance with the conclusions we anticipate about the future, that I want to talk about. Why don’t we take action, or take it late, in the face of well-known problems in the future? Why are we not able to correct the known and detected problems that eight billion people generate and will generate, with a certain predatory tendency, on this spacecraft called Earth? If you don’t move to corrective action today, the outlook runs the risk of remaining a prophecy.

Let’s start with the impact of our activity on nature and, especially, climate change caused by CO2 emissions of human origin. It is undoubtedly a qualitative leap in our accelerated process of environmental aggression initiated with the new model of industrial capitalism promoted since the 19th century and based on two principles: individualism and maximization of private profit. If the problem of plastics in the seas is already serious, with the warming of the Earth we speak of real catastrophes, which have already begun, which affect us directly: extreme weather events (floods and droughts, heat and cold waves), aggravates the processes of desertification and erosion, as well as a general loss of biodiversity.

We have known, for years, thanks to the IPCC, an intergovernmental group of 1,300 experts on climate change linked to the UN, the real problems that will cause a rise in the temperature of the planet above 2.5 degrees, towards which we are heading at accelerated steps. Millions of people around the world affected and billions of euros in economic losses pushed most countries in the world to reach an agreement to reduce CO2 emissions compared to 1990 in the amounts necessary to keep the expected warming below 2 degrees in 2050. Within the framework of the United Nations Convention on Climate Change, and after the Kyoto Protocol (1997), an agreement was reached in Paris (2015) with specific commitments to reduce emissions that, we already know, are not being fulfilled.

Except for the decrease produced in 2020 by the pandemic, the total amount of emissions has not stopped rising, and it is expected that this year they will reach a new maximum peak, in flagrant contradiction with what was agreed in Paris. At the end of this month, COP26 will meet again in Glasgow and we will surely see government officials beat themselves up over the breaches and launch amendment proposals for the future. But its current credibility is very low and this inability to fulfill the commitments it has made will lead to global warming, the devastating effects of which we already know. And no one seems able to avoid it, despite the media success of movements like the one headed by Greta Thunberg, capable of filling newscasts, but not measures in the BOE, that they are fulfilled. Why?

Something similar happens with the other great transforming vector of our future. Yours and mine: digitization and Artificial Intelligence. A few days ago, the US Senate heard the greatest denunciation of the risks that the attitudes of a global giant like Facebook generate for our coexistence. A former employee spoke there of algorithms that encourage discord, tools designed to generate dependence and increase consumption, and even do nothing to avoid the negative impact that its abuse generates among adolescents, such as anorexia or suicidal thoughts. After the Cambridge Analytica scandal, the complaints are credible because they are also supported by a lot of literature that has appeared in this regard in recent months. Today there is already talk of surveillance capitalism and threats from social networks and big data to democracy, due to its own economic structure and logic of making money.

Facebook, Amazon, Goggle and Apple (known as the GAFE group) today have a clear economic monopoly power that leads them to stock market valuations that exceed the GDP of many developed countries and an influence on our privacy, behavior and attitudes that they exercise without regulations, looking only to maximize your profit. On the side of its Chinese competitors, the power is even greater and its main purpose, to facilitate the control of the totalitarian state over the citizens. Are we condemned to be toys in the hands of nine large multinational companies? Can’t we articulate effective controls over them and their behavior? It is true that the EU is the one that is most advanced in that direction, promoting, for example, a digital bill of rights. But, without international coordination (such as the climate COPs) regarding the measures to be adopted and their effective application, it will be very difficult to replace the control that these companies exercise over us today with a social and democratic control over them. As is done in the rest of basic economic sectors, such as banking, energy, food or transport, guaranteeing the rights of users and consumers.

In both cases, We know what we have to do. We know the risks of doing nothing. And yet, in one, we commit, but we do not comply, and in the second, we do not even reach agreements about what we should do, even though we know the damage caused by doing nothing. Why? Because we have been emptied of the ingenuity necessary to make what is necessary possible, going from being to being. And I’m not talking about the technical or scientific ingenuity that has been highly developed in recent years, showing its vigor recently with vaccines against covid.

I speak of a vacuum of social ingenuity. Of that human capacity to build institutional architectures of coordinated social commitments, which has proven differential and essential to explain the great advances made since the origin of the species. Prioritizing cooperation and not competition, the common and not the individual, what unites and not what separates, what saves and not what inevitably leads to disaster. It is not out of ignorance that we do not do it, but because of an inability to articulate the necessary transformations in our way of organizing society, with some individual losers, but with many more winners. And, if when you arrive here, you think that I speak of Politics (with a capital letter), I will confirm that I do. I am talking about that policy that places the rationality of the collective over the interests of the few who defend themselves through social polarization and partisan confrontation that distances the consensus that is so necessary to solve the serious problems that are already looming over us. There is still time to get away from the perverse attraction of that Thanatos instinct that the human being has and of which Freud spoke. But is there a will? OR, As the philosopher Byung-Chul-Han says, We have entered a palliative social stage, in which we are not willing to accept sacrifices today, even if this means ensuring a major disaster in the medium term. Pessimism of the intelligence, optimism of the will. And so…