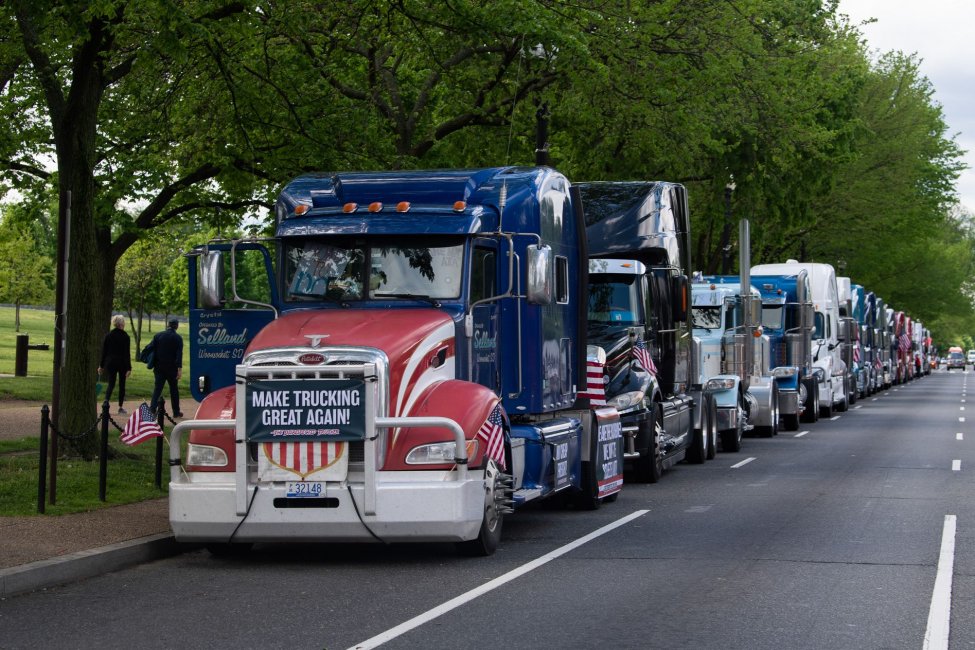 Truck drivers are seen parked on Constitution Avenue near the White House in Washington, D.C., as they stage a protest amid the COVID-19 pandemic on May 1, 2020. On Wednesday, a convoy of truckers will begin a trek from California to the Washington, D.C., area to oppose federal COVID-19-related mandates. File Photo by Kevin Dietsch/UPI | License Photo

Feb. 23 (UPI) — Modeled after the “Freedom Convoy” that disrupted a border crossing in Canada for several days this month, a group of American truckers is set to travel across the United States in an 11-day journey to protest COVID-19 restrictions, beginning on the West Coast Wednesday.

Organizers for the group, known as the People’s Convoy, are planning to have 1,000 semi-truck drivers gathered in Adelanto Calif., on Wednesday for the start of the trek that will take them to Washington, D.C. Adelanto is about 65 miles northeast of downtown Los Angeles.

The group argues that the “government has forgotten its place” and is overextending its reach with federal COVID-19 restrictions, and says they should be removed.

“The message of The People’s Convoy is simple,” the group said in a statement. “The last 23 months of the COVID-19 pandemic have been a rough road for all Americans to travel: spiritually, emotionally, physically, and — not least — financially.”

“It’s time for elected officials to work with the blue-collar and white-collar workers of America and restore accountability and liberty — by lifting all mandates and ending the state of emergency — as COVID is well-in-hand now and Americans need to get back to work in a free and unrestricted manner.”

During a rally Tuesday at Adelanto Stadium, organizers said the truckers will receive encouragement and blessings from speakers as they depart on their journey. After departing Wednesday, the group was set to make stops in Arizona, New Mexico and Texas before arriving in Oklahoma on Saturday. 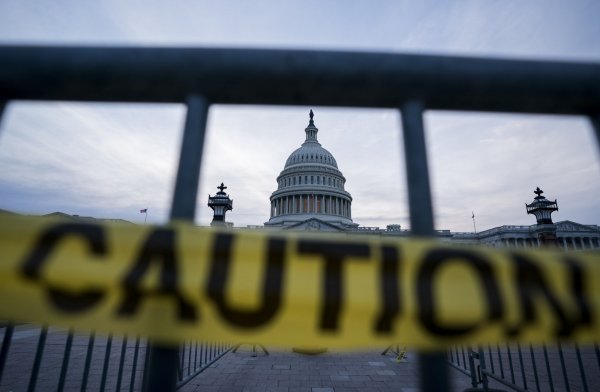 Hundreds of unarmed National Guard troops have been approved to aid Washington, D.C., police handle convoys that arrive in the area. File Photo by Kevin Dietsch/UPI

As the nationwide trek continues, they will move through Missouri, Indiana and Ohio before heading south to Maryland and ultimately arriving in the Washington, D.C., area on March 5.

Unlike the Canadian Freedom Convoy — which blocked various roads, including the Ambassador Bridge which separates Ontario and Detroit, and ultimately led to the arrests of almost 200 people — the People’s Convoy says it does not plan to obstruct roadways or bridges.

“This convoy is about freedom and unity,” the group said in a statement. “The truckers are riding unified across party and state lines and with people of all colors and creeds — Christians, Muslims, Jews, Sikhs, Mormons, agnostics, Blacks, Hispanics, Asians, Native Americans, Republican, Democrats. All individuals are welcome to participate.”

There are also other potential convoys that are mulling similar trips cross-country — including “Truckers for America” and the “American Truckers Freedom Convoy” later in March.

A couple weeks ago, authorities said that they were monitoring possible convoy plans to drive across the country and arrive in D.C. in time for President Joe Biden’s State of the Union address on March 1. Officials at the time said they were also looking for a convoy-style protest at Super Bowl LVI in Los Angeles on Feb. 13.