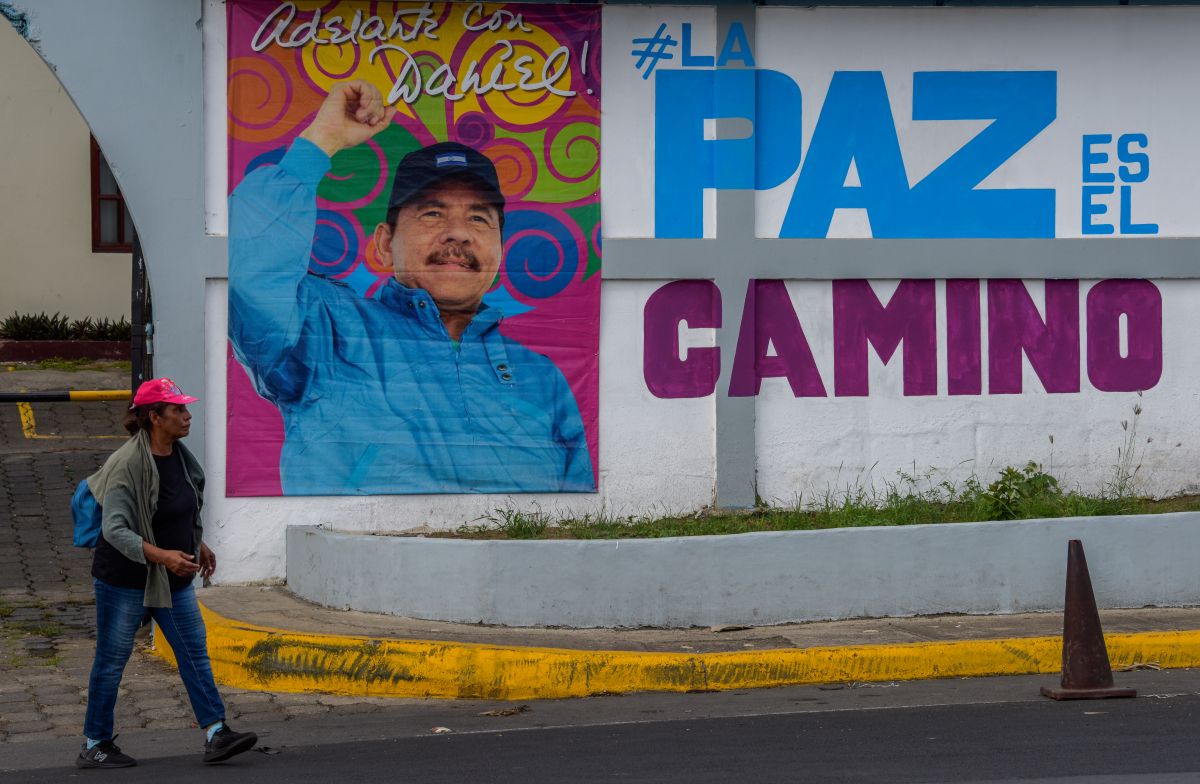 WASHINGTON – The Inter-American Commission on Human Rights (IACHR) said it viewed with “extreme concern” the climate of “repression” that surrounds the elections on November 7 in Nicaragua, and considered that they do not meet the standards to guarantee that they are “free, fair, transparent and pluralistic.”

The commission published this Thursday a document entitled “Concentration of power and weakening of the rule of law in Nicaragua,” with just under two weeks left for the votes in the Central American country.

In those elections, Ortega, a former Sandinista guerrilla who returned to power in 2007 after coordinating the Government Junta from 1979 to 1985 and presiding over the country for the first time from 1985 to 1990, will seek his fifth five-year term, fourth in a row and second along with his wife, Rosario Murillo, current vice president.

According to the IACHR, in Nicaragua “has operated a gradual process of concentration of power and a progressive weakening of democratic institutions that intensified “in 2007, when Ortega returned to power, and is” consolidated after the human rights crisis that began in April 2018. “

In 2018, some anti-government protests in Nicaragua for social security reforms, which left hundreds of protesters imprisoned, dead, missing and thousands injured, according to human rights organizations.

The Commission believes that Nicaragua is governed by a “police state“

For the commission, the concentration of power has made it easier for Nicaragua to “transform itself into a police state, where the Executive Power has installed a regime of terror and the suppression of all freedoms”, through the control and surveillance of citizens and repression. through state and parastatal institutions.

With regard to the elections, the IACHR said it had verified “the intensification of repression against the political opposition, leaders and social leaders, human rights defenders and journalists” as of the publication of the election calendar on May 11, 2021 .

Since then, the “arbitrary detention and criminalization of more than 30 people under unfounded charges and without due judicial guarantees, including 7 people who are pre-candidates for the Presidency, who remain deprived of liberty ”.

In addition, he warned about the cancellation of the legal status of three political parties and the “continuous harassment” of civil and human rights organizations.

For the IACHR, with these actions, the Government “seeks to perpetuate itself in power by holding elections that do not provide the minimum guarantees of freedom, access to information, transparency and plurality ”.

Hence, the commission observes with “extreme concern” that the elections take place “in this climate of repression and closure of democratic spaces”, in which all the people who publicly expressed their interest were arrested “arbitrarily and remain in detention. to participate as candidates ”.

They ask for the release of detainees since 2018

In this context, the Washington-based body asked, among others, the State of Nicaragua to release all detainees in the context of the crisis that began in 2018, as well as the presidential candidates, human rights defenders and those considered opponents who have been detained this year.

In addition, he called on the countries of the Organization of American States (OAS) to demand the holding of “free, transparent and fair” elections.

They also demand that the Nicaraguan State put an “immediate end to the repression and arbitrary detentions, as well as to all other human rights violations.”

The United States declares itself “alarmed” by the situation in Nicaragua