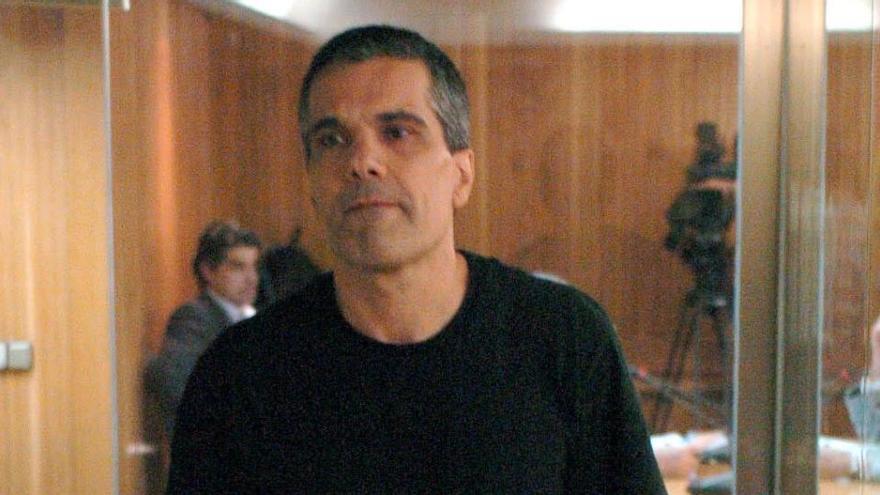 The General Secretariat of Penitentiary Institutions, dependent on the Ministry of Interior, has agreed to transfer eleven other ETA prisoners to prisons closer to the Basque Country, including Juan Carlos Iglesias Chouzas, ‘Gaddafi’, considered one of the bloodiest ETA.

As reported by Prisons in a statement, the rapprochement of ETA members such as Igor Portu, who was one of the perpetrators of the T-4 attack; the former leader of the gang Ainhoa ​​García Montero, or convicted of murders such as José Ignacio Guridi Lasa, Fermín Vila Michelena, Manex Castro Zabaleta, Juan Carlos Besance, María Jesús Arriaga Martínez or Francisco Javier Gallaga Ruiz.

Iker Lima Sagarna and Luis Enrique Garate will also be transferred, as well as GRAPO Manuel Pérez Martínez, known as “Comrade Arenas”, in this case from Castellón to the Aranjuez prison in Madrid.

Prisons details that Iglesias Chouzas ‘Gaddafi’ will progress to second grade (the ordinary compliance regime) and will go from the Alicante jail to the Dueñas jail, in Palencia, according to Prisons, which explains that the ETA member assumes penitentiary legality, has submitted a brief acknowledging the damage caused and its decision never to resort to violence again.

He entered prison on July 1, 2003, when he was handed over by France after his arrest in that country, and serving a 30-year sentence for murders, attacks, havoc, terrorism, deposit of weapons and explosives, illegal detention and robbery with violence. He will serve three-quarters of his sentence in February 2031.

For his part Igor Portu, one of the perpetrators of the Barajas terminal 4 attack, has progressed to second degree and will be transferred from Córdoba to the Daroca prison in Zaragoza, where he will continue his 40-year sentence for murder, criminal organization, possession of explosives, ravages and fires.

He will serve three-quarters of the sentence in June 2035 and has accepted the legality of the penitentiary and has submitted a letter in the decoupling of the terrorist activity, details Prisons.

The former leader of ETA Ainhoa ​​Garcia Montero She has maintained this same behavior, for which she is progressing to second grade and will be transferred to Asturias from Salamanca, where she will continue to serve a 30-year sentence for murder, attack, possession of explosives, deposit of weapons and damage.

She was sentenced by the National Court to 140 years in prison as a necessary cooperator in the attack with car bomb in which two workers of the Elektra company in San Sebastián died in 2001, and 22 years in prison for accessing weapons and explosives that were used in attacks such as the one that killed the ertzaintza Mikel Uribe and the former civil governor of Guipúzcoa Juan Maria Jauregi.

José Ignacio Guridi Lasa -‘Xabi’-, convicted of the death of two civil guards in Sallent de Gállego (Huesca) in 2000, he progressed to second grade and went from Jaén prison to Mansilla de las Mulas (León) after availing himself of the penitentiary law and acknowledging the damage caused.

Fermín Villa Michelena, convicted of two car bomb attacks in Madrid with dozens of wounded, progresses to second degree and goes from Alicante to Zaragona to serve his 30-year sentence for ravages, attacks, terrorism and weapons storage. He will serve three-quarters of his sentence in December 2036.

Another of the ETA transferred is Manex Castro Zabaleta, who has dissociated himself from terrorist activity and has passed to second grade. He will go from Cádiz to Zaragoza to complete his 40-year sentence for murder, illegal detention, ravages and fires and damages.

Manex Castro has been sentenced, among other crimes, to 44 years in prison for his participation in the attack that in December 2008 cost the life of businessman Ignacio Uría.

Juan Carlos Besance, convicted of the murder of the UPN councilor in Leiza (Navarra) Jose Javier Múgica, and for trying to assassinate the former Basque Minister of Justice and Education José Ramón Rekalde, he also progresses to second grade and will be transferred from Huelva to Palencia. He is serving a 30-year sentence for murder, havoc, illicit association, possession of explosives and attack.

Maria Jesus Arriaga Martinez, convicted of participating in the attempted murder of the police officer Jose Maria Izquierdo In 1985 in Pamplona, ​​he also progressed in grade and passed from the Salamanca prison to Pamplona, ​​after dissociating himself from terrorism.

Another ETA prisoner who will approach his family environment after renouncing violence is Francisco Javier Gallaga Ruiz, who progresses to second degree and goes from Córdoba to Daroca (Zaragoza) to complete his 30-year sentence for murder, homicide, arson and havoc.

Gallaga was sentenced to 343 years in prison for the murder perpetrated in 1996 against an Army bus in Córdoba in which Sergeant Miguel Angel Ayllón died.

For his part Iker Lima Sagarna He will be transferred from Huelva to the Mansilla prison in León and the flexibility regime of article 100.2 of the prison regime will be applied to him. The National Court sentenced him to 22 years in prison for the attack with “Molotov cocktails” at the Galdácano (Vizcaya) Civil Guard barracks on January 1, 2000.

AND Luis Enrique Garate Galarza He will go from Puerto de Santa María to El Dueso de Cantabria prison, where he will progress to second grade. He was sentenced to 76 years in prison for the kidnapping of the industrialist Lucio Aguinagalde and the death of the head of the Ertzaintza in the shooting that occurred during his release in 1986.

The convicted of GRAPO Manuel Pérez Martínez, considered one of the leaders of the gang and convicted of ordering an attack on a socialist headquarters in Barcelona in 2000, will go from Castellón to Aranjuez after passing to second grade. He is serving a 25-year sentence for ravages, fires, illegal detention and damages.