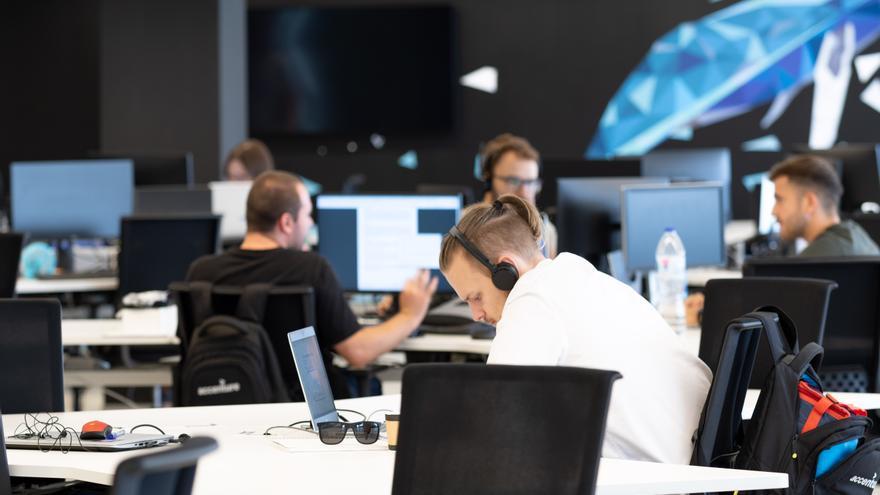 The development model of the Valencian Community Digital District has been enriched in its first two years of life with the arrival of large multinationals and prestigious companies in the technology sector. Weight companies Accenture, Indra, ATOS, Harmonic Y Nitro Game They have an important strategic role that has allowed the Digital District to be, today, a real reference among hubs in the European environment.

The landing of these companies has been the result of one of the lines of work followed from the first moment by the Department of Innovation, Science, Universities and Digital Society, on which the Digital District depends: the development of a powerful program to attract companies, both nationally and internationally.

The attractions of the Valencian Community in terms of quality of life and meteorology are undeniable, and have been a good cover letter to attract the attention of companies from other territories, especially European Nordic countries. The fact that 40% of the companies installed are of international origin already reveals the remarkable interest that technology companies give to the conditions offered by this hub on the shores of the Mediterranean.

But none of this would have been enough without Open Innovation strategies carried out by Digital District and those that are included in the agenda for the coming months, which have made it possible to continuously attract the attention and projects of companies, corporations and driving entities, inside and outside our borders.

Finally, it should be noted that all this would not have been as effective without the continuous work carried out to promote collaborative work synergies between the firms and entities that make up its business fabric.

Large companies with the power to attract startups and projects

Large companies not only attract talent, but also promote the formation of the ecosystem favoring agreements with industries and entities and allowing collaboration with other companies.

Accenture, with powerful on Center for Advanced Technologies (ATC), oriented to the development of intelligent software on the most advanced innovative technologies is one of the major multinationals settled in the ecosystem of the Digital District.

Minsait, a subsidiary of the multinational Indra, leader in consulting digital transformation and Information Technology in Spain and Latin America, is also part of the hub, with its Delivery Center, an advanced center where professionals work in technological projects for large clients regional, national and international.

The French multinational ACTS, partner Information Technology for the Olympic and Paralympic Games, has also just arrived at Distrito Digital to create a innovation center together with startups and universities. The goal is to create a multidisciplinary ecosystem focused on co-creation of innovations, that attracts talent and retains the best experts in each technological area.

Harmonic, a French global company with 20 offices in cities around the world, also chose Distrito Digital to install one of its technological innovation centers. This company is a world leader in virtualized cable access and video delivery solutions, making it easier for audiovisual companies and service providers to high-quality video streaming delivery and broadcasting for global consumers.

The Finnish firm Nitro Games It is also one of the most striking business bets that has recently become part of the Digital District. Nitro Games is a free mobile game developer and editor which focuses on producing competitive multiplayer games with high production value and high income potential for smartphones and tablets.

It would not be an exaggeration to say that these companies are the flagship of the Digital District ecosystem, but it is no less so remembering the fundamental role of those around 250 companies, startups and entities (between installed firms, partner and collaborators), who already make up this Mediterranean hub and who provide a tech service to the productive fabric of the Valencian Community.

A list of companies, startups and entities that have unequivocally contributed to consolidating the Valencian Community Digital District project in its commitment to be a pole of generation of innovation projects, wealth and employment in the field of new technologies and to promote the digital economy throughout the region.