Coinciding with the entrance of spring, we celebrate the International Day of Forests 2021. A necessary day in which to reflect on this important natural resource essential for human, plant and animal life and with which we are ending with deforestation. And it is that at the rate that we carry, an average of 13 million hectares of forest disappear per year. A drama if we also consider that we are facing one of the most powerful agents in the fight against climate change and the greenhouse effect.

This year FAO, the lead agency, has chosen the motto ‘Reforestation: A path to recovery and well-being’ and has organized an interactive debate in which both activists and environment ministers from countries from the four cardinal points will participate.

Reforestation is placed in the focus as the main measure and if we turn our eyes to within our borders we find several forest restoration projects that have been operating successfully for years. A good example of this is the Post Forest Project, which since 2000 has been helping the reforestation of Spanish forests in collaboration with NGOs such as Bosques de la Tierra, Foresta, WWF and Plantemos para el Planeta-Ardilla ConnectingLife. 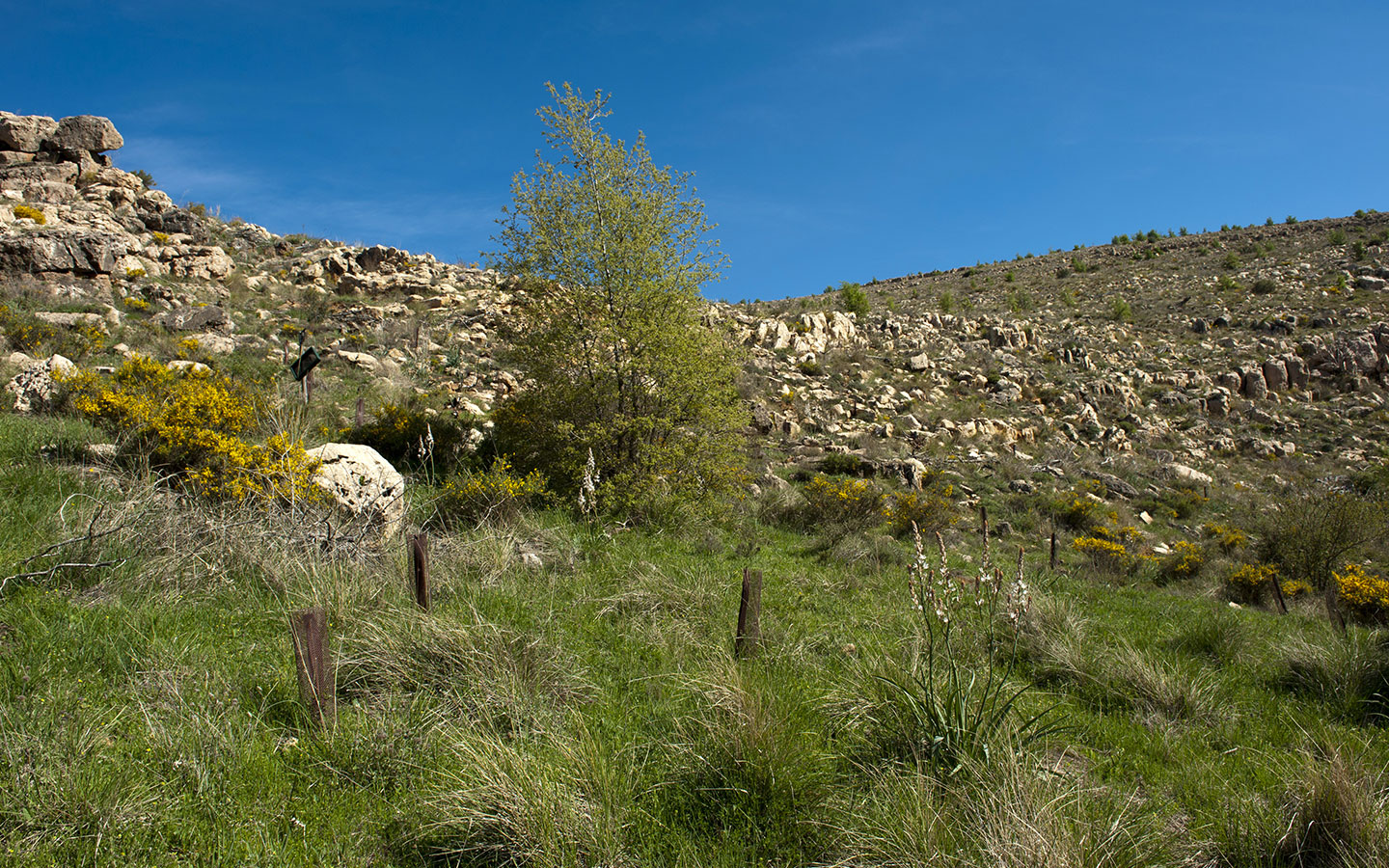 In total, more than 270 hectares in which more than 96,000 new trees have already been replanted. Tembleque, in Lorca, Chandebrito, in Pontevedra, or Benirràs, in Ibiza, are just some of the enclaves in which Correos carries out its necessary project. According to Elena Fernández, Deputy Director of International Relations and Sustainability at Correos: “The project arose with the objective of favoring the reforestation of the national territory, as well as to sensitize society about the importance of preserving natural values ​​and biodiversity. At that time, we were one of the pioneer companies in offering a product to customers so that they would opt for a more responsible and environmentally friendly consumption, contributing, through the small gesture of acquiring a packaging or an envelope, to the development of projects with positive environmental impact in our country. We choose the areas where reforestation will be carried out from technical criteria, taking into account the proposals of the organizations with which we have collaborated and with which we are currently doing it, WWF Spain. We carry out forest restoration projects in degraded areas and, since 2020, also to conserve biodiversity at the proposal of the organization “. 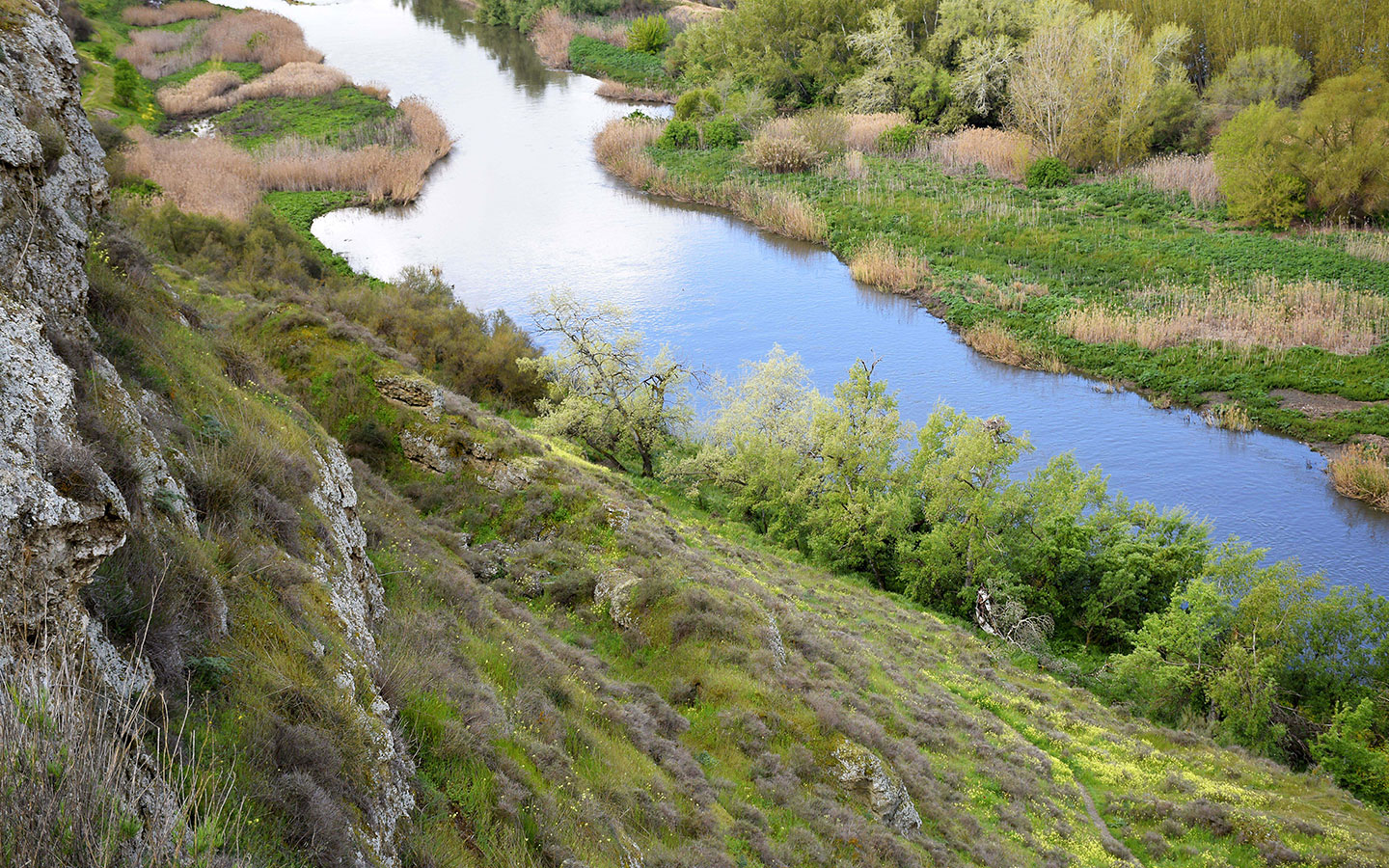 “The project arose with the objective of favoring the reforestation of the national territory, as well as to sensitize society about the importance of preserving natural values ​​and biodiversity”

From 2010 the company collaborates with WWF through its Forest Line, of ecological packaging, and this year they have chosen the International Day of Forests to launch the new packaging of the collection. The novelty? In the words of the Deputy Director of International Relations and Sustainability of Correos, “The main novelties of the Forests Line that we present are related to its attributes. We have made a significant effort in terms of its design to make it as environmentally friendly as possible. In this way, unnecessary inks have been eliminated (and we only use non-toxic water-based inks), in addition to improving its format to achieve the same utilities but with less cardboard. We have also incorporated sustainability criteria, thanks to which the origin of the fiber has a certificate of sustainable management, while waste during its manufacture has been reduced “. 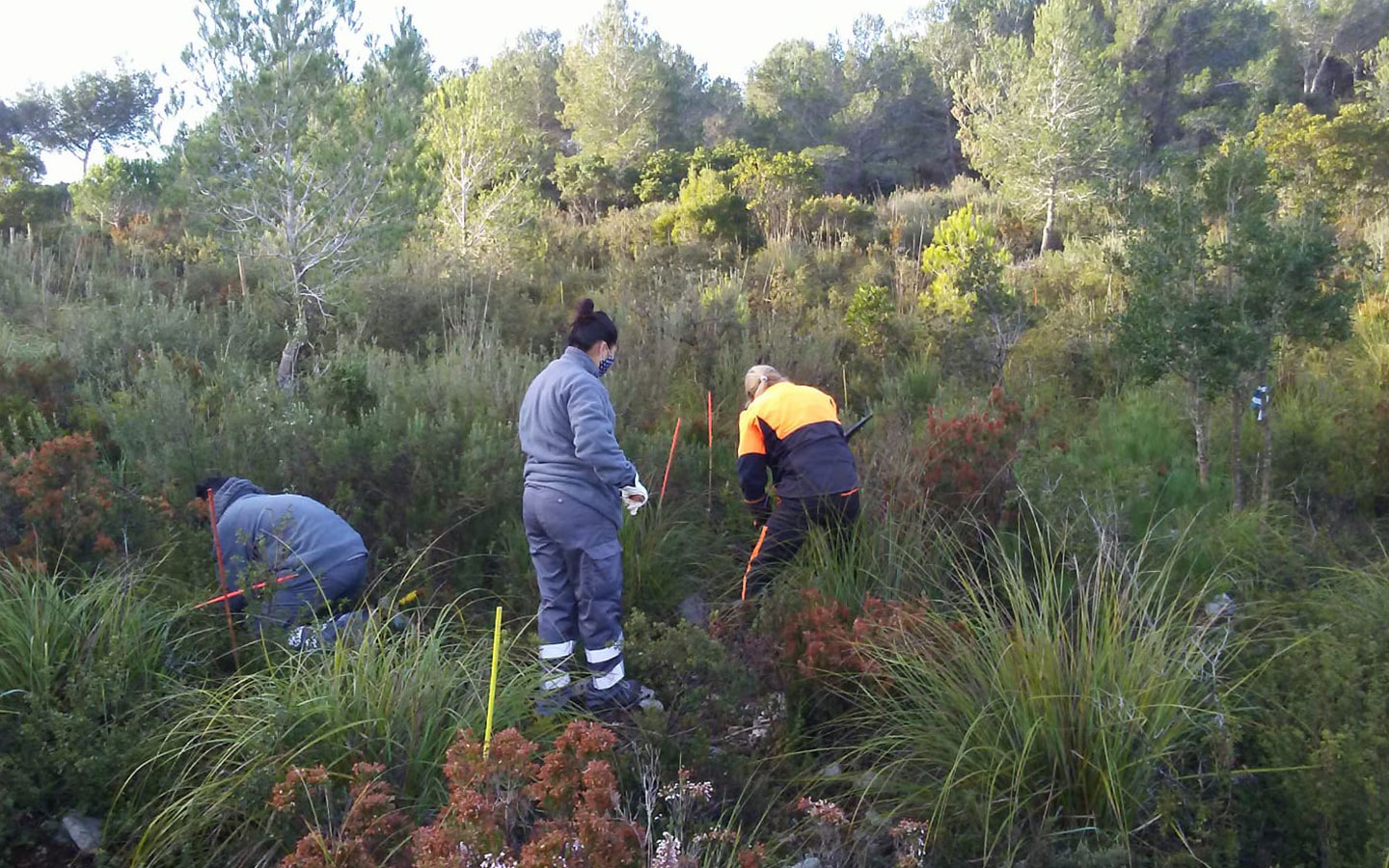 These new packages are made with more environmentally friendly materials, they are compostable and biodegradable, the window film used in the envelopes is of plant origin and the paper bears the ECOLABEL seal. A series of measures that come to reinforce the commitment that the company acquired with the planet more than two decades ago. This is also the way in which Correos wants to involve its clients in the fight against climate change and deforestation. And it is that when a user chooses a packaging from the Bosques Line to make their shipment, in addition to its sustainability, a part of the proceeds goes to restoration work to expand the forest area and improve the ecological quality of the forests that we still have and another, from 2020, to fire prevention. 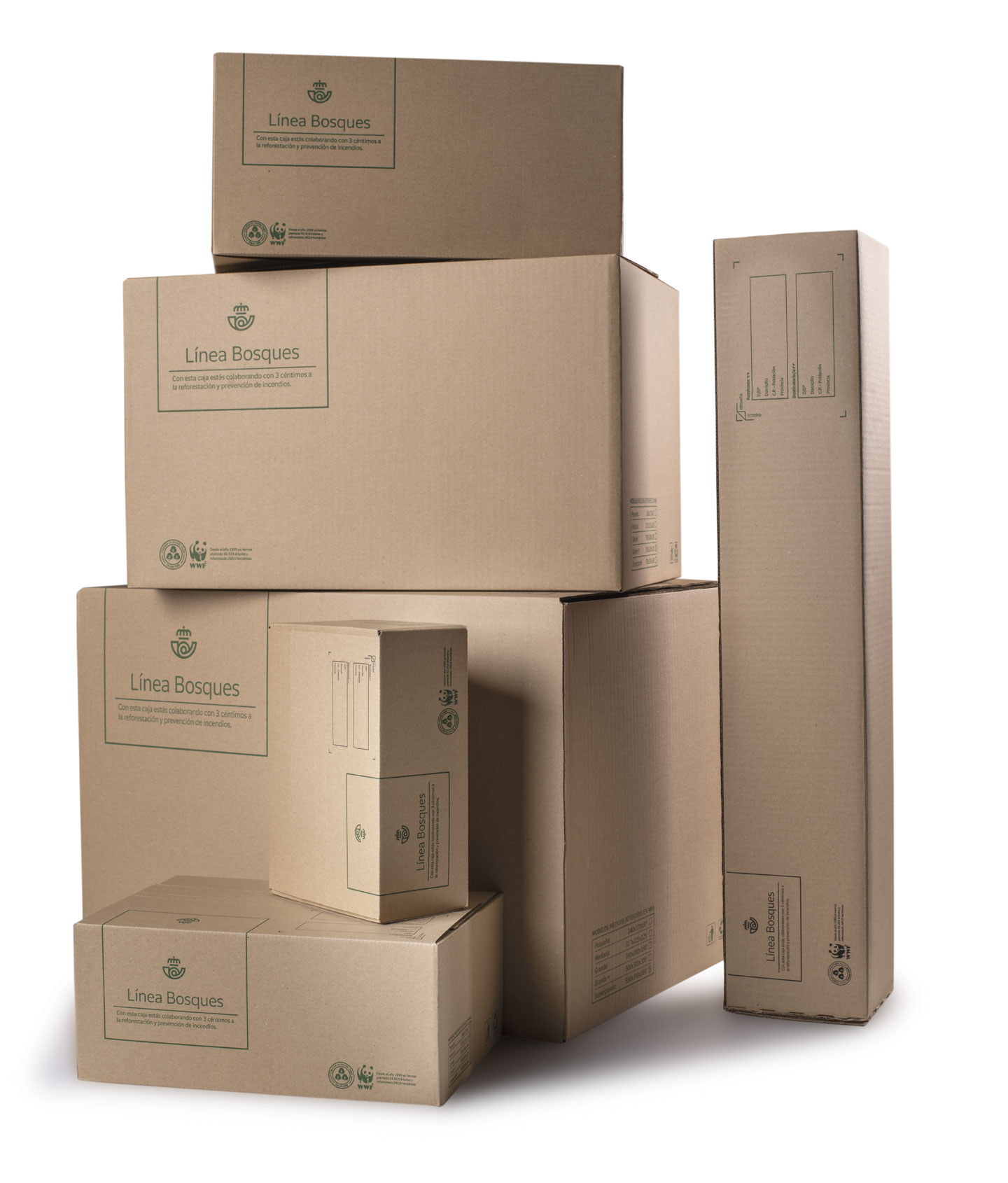 This is precisely one of the latest challenges that Correos has been involved in. “Forest fire prevention was another area in which we have wanted to collaborate for a long time. Unfortunately the forest mass burns faster than we are able to reforest. Last year until September, according to MITECO, there were more than 2,300 fires that affected more than 61,600 hectares of forest area. Although it represents a decrease of 20% compared to the average for the decade, it is worrying data. Forest fires constitute the greatest threat to the conservation of forests, causing triple damage: ecological, social and economic. With this project, we work to raise awareness in the community, carrying out environmental awareness actions in the areas where we intervene. Likewise, it is important to highlight the social and sustainable nature of this environmental performance of belts against fire, since the prevention work and the subsequent maintenance with grazing of “firefighter sheep” are carried out with people who, in addition to having local roots, they live in rural areas of emptied Spain. Through this project we limit the appearance of “mega fires” (larger than 500 hectares), in addition to supporting traditional trades such as extensive livestock, thus contributing to the fight against depopulation “; Elena Fernández details.

Available for both national and international shipments, the entire Bosques Line collection can be purchased in its online store and in physical offices. 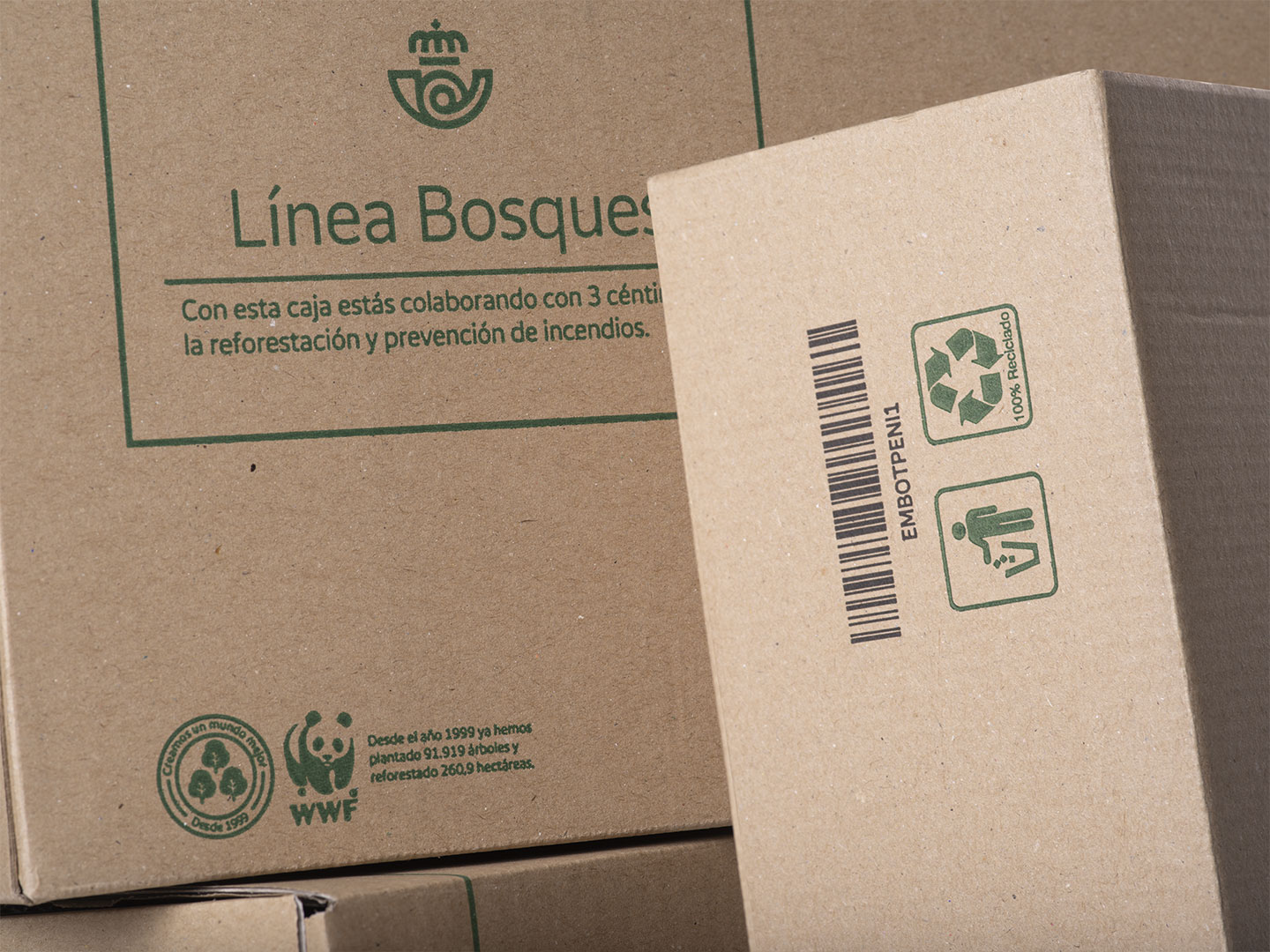 What else can you do for the forests of our planet? Correos proposes restricting urgent shipments, the most polluting, to what is necessary and replacing them with ‘responsible shipments’. “We want to convey to society the importance of considering whether a shipment is really urgent or not and make a more intelligent and responsible use of the parcel service in order to optimize routes and, therefore, limit emissions from different media. Of transport. During 2020, we managed to manage up to 208.9 million urgent parcel shipments, 8.39% more than the previous year. Likewise, we have the largest electric delivery fleet, with more than 1,300 electric vehicles, and the goal is to have 50% alternative technologies by 2030. Customers are being very receptive to the initiative, but we still have a way to go “; says Elena Fernández.

The option ‘responsible shipments’ is already enabled on its website and seeks to convey to society the importance of reflecting on whether a shipment is really as urgent as it is to take care of our planet. In this way, it is intended to achieve a more responsible use of the parcel service, optimizing the routes of the different means of transport and thus reducing the carbon footprint.

With an eye to the future

The Deputy Director of International Relations and Sustainability of Correos is clear about it, the company’s commitment to the environment is long-term and for 2030 they have set a goal “The fight against climate change, undoubtedly one of the fundamental pillars of the commitments we made and that we presented at COP25 held in Madrid. By that date we want to reduce our emissions, reaching carbon neutrality and being “circular”, promoting a business model based on the maximum reduction of waste, reuse and recycling, which will allow us to be Zero Waste. In addition, for that year we want to have a fleet that at least 50% will be of alternative technologies. Likewise, we will continue to promote rural development and contribute to the fight against depopulation with initiatives such as Correos Market. “