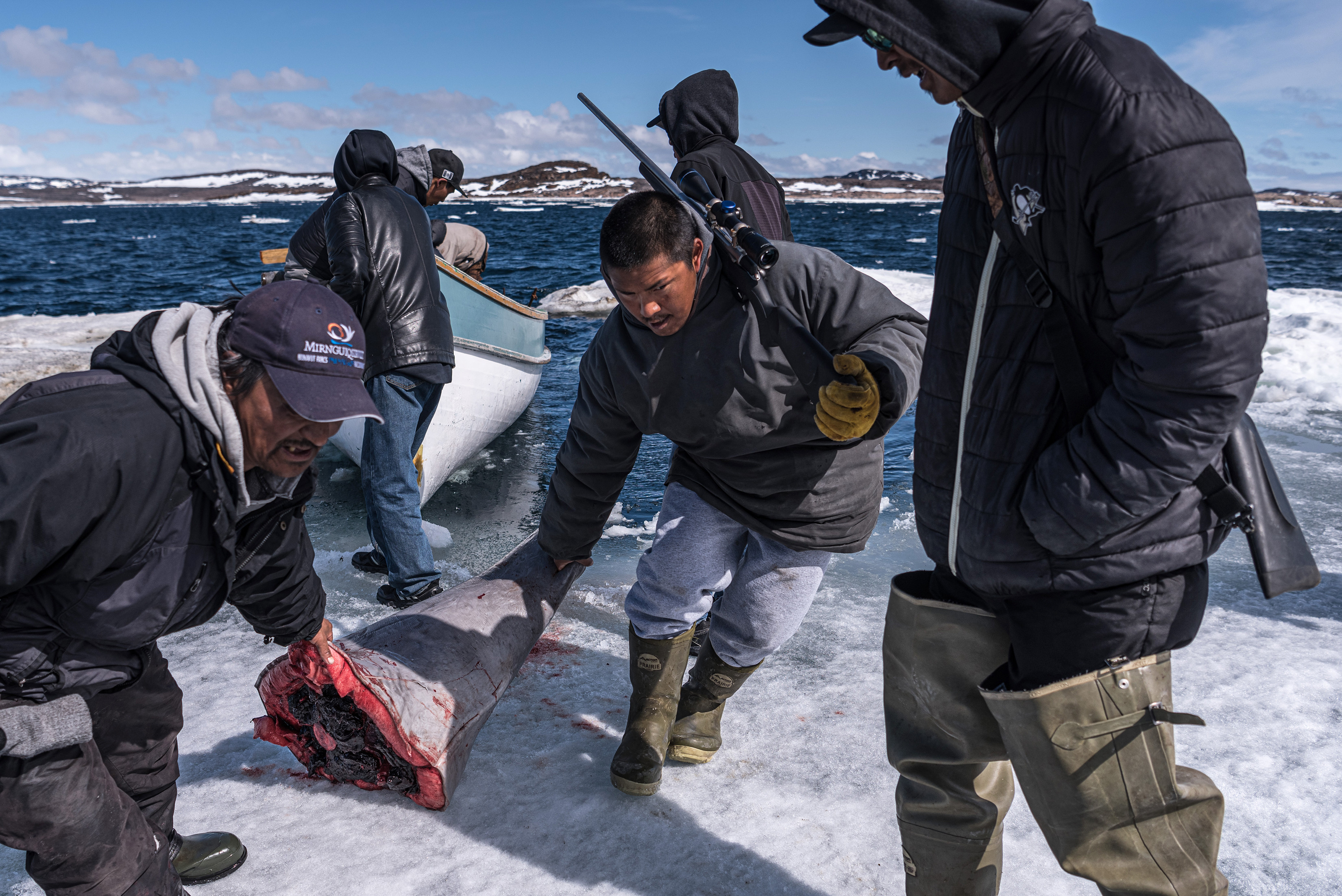 According to the latest census, Canada has just over 65,000 members of the Inuit people (Eskimo is a disused term). They mainly inhabit the provinces of Quebec and Labrador, as well as the Northwest Territories and Nunavut. For decades, they have faced major difficulties in bringing sufficient, accessible, nutritious food adapted to their culture to their tables. Inuit Tapiriit Kanatami (ITK), the body that represents them at the national level, cites a public health crisis in the strategy to combat this problem, which they just published. The Inuit, according to the document, are the indigenous group most food insecure in developed countries.

Researchers from McGill University have historically published studies about its effects. Nutrition transition and food insecurity are associated with increased risks of diet-sensitive chronic diseases in Inuit adults. Similarly, about 70% of the children of this pre-school age village in Nunavut live in households where there is not enough food; a situation that has implications for their academic and psychosocial development.

Natan Obed, President of ITK, noted during the online presentation of their plans that Inuit food insecurity is not a new problem and amounts to “a disgraceful violation of human rights that Canada has an obligation to remedy.” Obed added that both the difficulties in access to food and the poverty conditions of his people stem from “the combined effects – historical and current – of colonialism, systemic racism and structural inequality in Canada.” Inuit infant mortality is 12.3 per 1,000 children (4.4 among other Canadians) and 45% of its members live in overcrowded conditions (6% in the rest of the country).

The document emphasizes that the Inuit food system had extremely negative impacts since the beginning of the 20th century, due to political decisions from Ottawa. It is worth remembering the displacements, the mandatory sedentarization, the internships for indigenous minors and the killing of thousands of dogs – their main transport force – at the hands of the police. These elements caused, in the case of food, dependency, uncertainty and changes in customs.

They circulate frequently images on social networks of supermarkets and small businesses in Inuit communities. A striking element is the large amount of so-called “junk food”, as well as the limited supply of local products. Yet another is the prohibitive cost of various nutritious foods. “The prices are very high. In addition, there are often few fruits and vegetables, “says Alaku Puasi from Salluit, a town located about 1,850 kilometers from Montreal and belonging to Nunavik, the northernmost region of Quebec. “At least we don’t pay the same as the people of Nunavut,” adds Puasi, a mother of two.

Initiatives such as greenhouses, livestock or fish farming are still small to meet the demand for food in the areas where the Inuit live.

ITK’s strategy includes various points in which the support of the federal government and the provinces is essential. The goal is to develop a durable food system that facilitates access to good quality food at affordable prices and takes local customs into account. One obstacle lies in the infrastructures. Most of the airports located in small communities have gravel runways, a condition that limits the type of aircraft that can carry goods. Maritime transport also plays against, since there are only two ports for small boats and two in deep waters, although the latter are used mainly by mining companies. The strategy stresses that the federal government should allocate more subsidies for groceries in stores. And it calls for the construction of another of these great ports. The latter has received a response: on August 3, Catherine McKenna, Federal Minister of Infrastructure, announced an investment of 40 million dollars to create a port in Qikiqtarjuaq (Nunavut).

A second obstacle has to do with local production. ITK indicated that there are already several initiatives underway. However, they are still small to keep up with the demand. “We see more and more products from the area in stores, but they should be more numerous,” says Alaku Puasi. Greenhouses, hydroponic containers, livestock farming, fish farming and home gardens require support to grow and for the products to be distributed in as many communities as possible.

The strategy warns of climate change and the presence of polluting substances, because they “affect the availability of wildlife and the safety of Inuit foragers.” The document states: “Climate change is fundamentally altering the ecosystems that support the animals we depend on to feed our families and maintain our culture and way of life.” The strategy also includes reviewing the legal framework for natural resource management and carrying out research and educational projects.

Carine Midy, spokesperson for the Ministry of Indigenous Relations and Northern Affairs, comments on ITK’s strategy: “It is an important document that enhances our understanding of food insecurity in Inuit communities due to a number of complex and interrelated factors. This can only be resolved successfully through coordinated action that involves the support and commitment of all parties ”.

Midy points out that the federal government is allocating different aid in this matter. For example, the Nutrition of the North program receives since 2019 about eight million Canadian dollars (5.4 million euros) yearly. In April 2020, in the framework of the fight against the pandemic, an additional injection of 25 million dollars (almost 17 euros) was authorized in this program, in order to increase subsidies in different products. In October 2020, an extra eight million support was given to Inuit organizations for initiatives on food security. The 2021-2022 budget contains an amount of 163.4 million (110, euros), to be distributed over three years, to expand the Nutrition of the North program.

“The launch of the strategy is an important milestone; however, achieving this goal will require the sustained support of governments and other partners, ”said Natan Obed. “This reality is unacceptable and we must change it,” he added. ITK’s strategy equally underscores that many Canadians should understand the reasons and impacts of food insecurity among the Inuit.