In a country as polarized as Venezuela, businessman Alberto Vollmer balances.

And that helps the family business he runs, Ron Santa Teresa, not only is it maintained after more than 200 years of history, but in an economic environment of destruction such as Venezuela, it continues to produce, export and be one of the most recognized brands in the country.

Last month Santa Teresa even received authorization to issue dollar debt on the Caracas stock exchange, a sign of the opening of the socialist government to the private sector at a time of need for income and investment.

Vollmer, 51, is one of the “optimistic” businessmen who believe that economic change in Venezuela is irreversible and that he is willing to take advantage of it.

This generates criticism from those people opposed to the government who first demand political change and who reproach him for his good relationship with the Executive of Nicolas Maduro.

The businessman claims not to be a politician, but exerts his influence with the pragmatism that now seems to prevail in a country that gradually accepts the dollar as its currency and is entering a new phase of political conflict after the legislative elections of December 6 and what the next government of Joe Biden.

In this interview with BBC Mundo, Vollmer explains how he seeks to influence, why he believes that the economic will precede the political and what solution he sees for the country.

The conversation has been edited and shortened for the sake of understanding and length.

Venezuela is experiencing a different economic moment, of openness. ¿Where do you see the country now?

Part of the cycle we are entering is due to the exhaustion of the previous cycle. Venezuela adopted a rentier economic policy 100 years ago. That model sold out. It does not mean that oil will not play an important role, but in this new cycle it will be diluted. We are going to have to diversify, it is the door that is beginning to open. And in this diversification process there is a need to open the economy to attract investment, promote productivity, promote savings and generate employment to increase per capita income and reduce poverty.

The Venezuelan economy is going to be forced to open up because we no longer have the large resources that came from a single source and that did not need a competitive economy.

So is it a positive cycle change?

I see it as positive and I say it ignoring the political issue a bit, because we are obsessed with the entire political issue. I am seeing it as a historical cycle. We are entering a new cycle where we are forced to diversify to generate wealth and social inclusion.

You show optimism and that is what defines a group of businessmen in Venezuela like you. It is not easy to be in a situation like the one in Venezuela. Because you optimistic?

Through Conapri, the national council for the promotion of investments, which is an entirely private agency, communication channels have been established with those who occupy spaces of power and decision on economic matters.

There are two types of agenda. The first is the simplification of the regulatory framework. The other has to do with influencing public policies through laws or macro economic policy, and you can only do that by having constructive communication channels.

And on the other side of those channels, in the part of the government, do you find more reception lately? Is opening an irreversible process?

There has been a change of actors, but there has also been a clash with reality. By not having petty cash, income and the resources that you had before (…) This shock gives you a pragmatic touch. We are at that stage, and I do see it irreversible. The entire country has learned. There is deep learning, a sense of a hard learned lesson and hopefully we can capitalize on it.

But the country’s situation goes beyond the stock market and certain companies. It is difficult to explain that optimism to many people in Venezuela.

The situation we are experiencing is dramatic. Now, part of the optimism is a tool to see beyond those obstacles. It is an energy to challenge and change that negative reality. 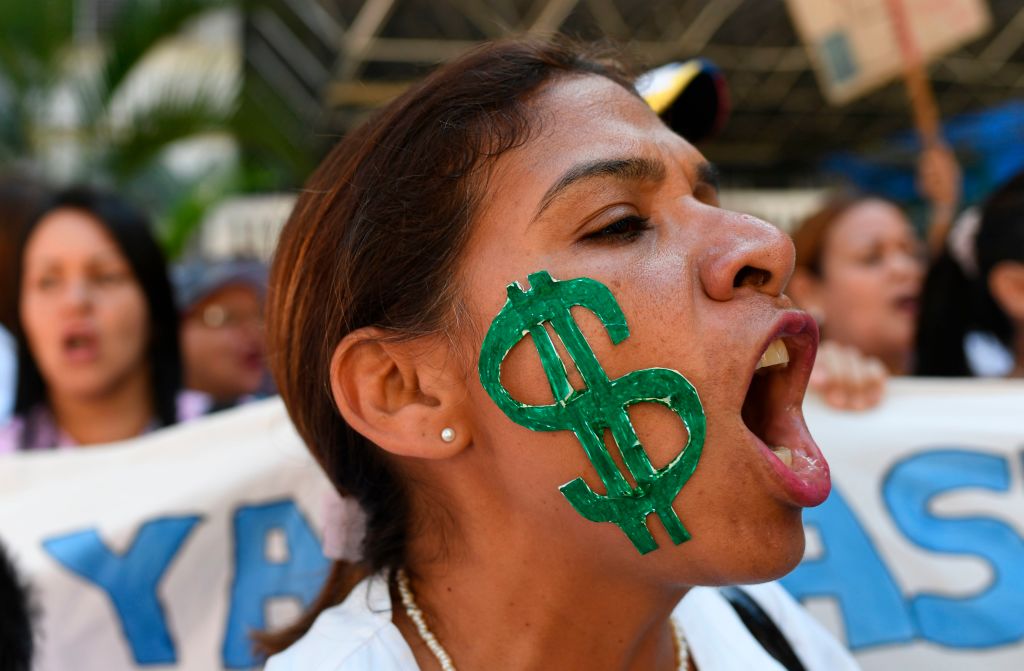 International pressure did not force a political change in Venezuela, but it has forced an economic change “

How to make that openness and that benefit to some entrepreneurs impact on normal people on the street?

Employment, investment, savings and productivity are the four levers that can cause an economy to resurface, which in the end is the only way to include those people who are below the poverty line.

If we have an increase in oil income it will be good, but I no longer know if it is enough. How to achieve higher income? Due to oil exports, non-traditional exports, due to the higher productivity of the private sector …

It is difficult to work miracles, everything will come down to a more open and more competitive economy.

Many in Venezuela accuse businessmen like you of looking the other way and of forget about political changes.

There are certain things that one can have the most impact on. The primary responsibility is to generate wealth, employment. The most robust way to generate inclusion is employment.

With regard to politics, it is a matter for politicians. All Venezuelans want to live in a transparent and democratic system that gives people opportunities. In the end, what I can do in this area is to push the parties to reach an agreement.

I would not say that we are spectators, but rather that we have been involved. The political conflict in which the country finds itself will require reaching an agreement to have a viable solution, and it will require all parts of the country.

And (that agreement) should be to boost the economy and ensure that Venezuela reintegrates itself into the international community. Today we are seen as outcasts.

So you see that economic change precedes political change In Venezuela?

So the economic comes first and the political must wait. Many say that political change should come first …

Both arguments work, they are valid. I do not argue which is the best, but rather what I think will happen first.

Here was a thesis: a part of the country said that for there to be economic change there must be a change in the actors. We have been under the guise of that strategy for two and a half years and it has not worked.

There has been a policy of international pressure through sanctions, etc., which has limited income to Venezuela and this barbaric reduction in income, both due to the errors of the Venezuelan government, of course, but also complemented by sanctions. And that did not force a political change. It seems a lie but it has forced a forced economic change. Political actors have realized that they do not have the resources that they had before. And then they must generate new resources and they will only be achieved with a more open economy.

Now, does economic change generate political change? Not necessarily. Part of this change of cycle or phase is that both sides of the political spectrum realize that the only sustainable solution over time is through an agreement.

Groups on both sides thought they could achieve their goal without sitting down to negotiate and I believe that little by little they have come to realize that the only way to have a sustainable future over time is through an agreement. 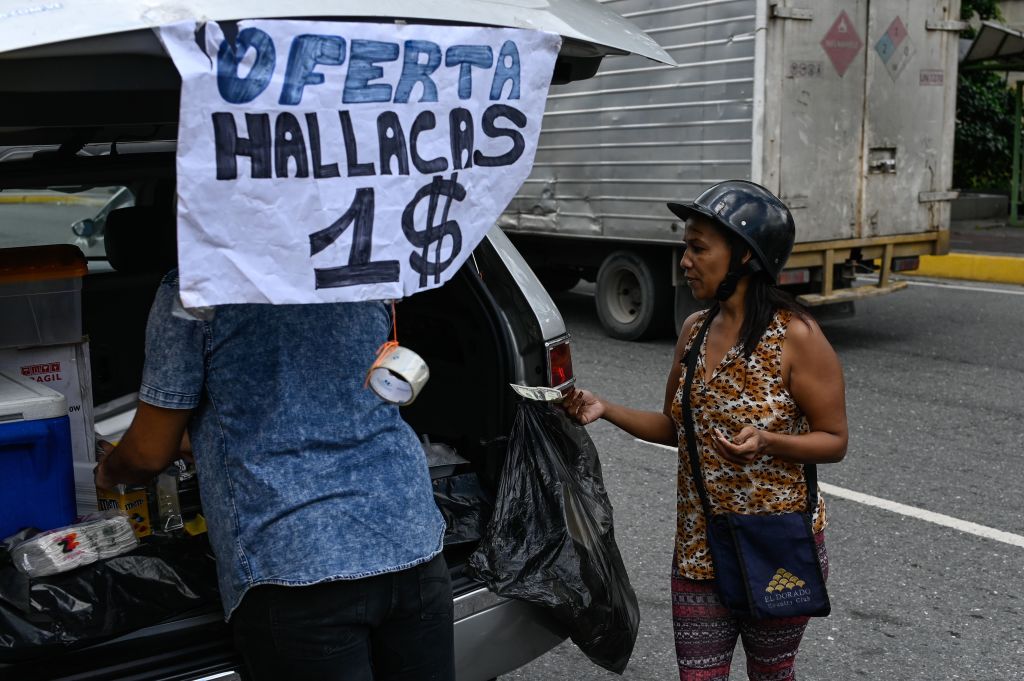 In the last 20 years in Venezuela politics has always been above economics. Now is the time for the economy to cover more ”

At the beginning of the interview he said that we are “obsessed with politics.” What does it mean?

If you look at the last 20 years, politics has always been above economics (…) The political agenda has been given much more space. It is time for the economy to embrace more bandwidth. And politics must go ahead, but the way politics is understood in Venezuela is practically a confrontation that has contributed to polarization. What Venezuela needs is an agreement between the parties.

How close is the country to that agreement? It does not seem very close …

You’re right, I don’t see it close yet, and here comes the critique of optimism. You never know if we are near or far, but once you define it you are one step closer.

You recently compared the time of Venezuela with that of China in the late 1980s. Is this model good??Nor it is very promising for many Venezuelans.

Of course not, I would not agree with a model like that either. When I mentioned the Chinese issue, it is that in the 80s China was bankrupt, economically they had made a mistake very similar to the Venezuelan one and at that moment it decided to open up, use the capital market almost out of obligation. Venezuela is obliged to open up to investment and markets.

How far does the comparison with China go?

So far, nothing more. What we would most like (in Venezuela) is to have an open economy and a transparent democracy.

Watching what happens in the streets with the dollarWhat the government, businessmen like you and opposition politicians like Henrique Capriles say, it seems that Venezuela has entered a very pragmatic phase. Do you see it like this?

When you start to analyze where we are and compare it with 2016, for example … Ideology has little space because in the end it does not give the results you need. Practical things are needed that cannot be achieved with ideology. There is a saying that goes: there is nothing like the breath of the bull in the fanny pack to remove rheumatism (…) We are forced by internal necessity and that has led us to that pragmatism you speak of.

But that pragmatism, reading what you say in this interview, for example, stings in Venezuelato many people who see postponeFrom changes you wantn urgently.

Quick and maximalistic and easy changes have often been promised. Unfortunately, easy does not lead to anything good, and it has brought us to a very bad place. The challenge is to take the difficult route, which involves a lot of work, perseverance, sitting with someone you don’t want to sit with …

Swallow toads, How do you say in Venezuela?

Yes, and building with your adversary and we don’t like that in Venezuela. The maximalist solution in which the opposite disappears does not exist, it has never existed, it has never worked. What has worked is an agreement built by everyone and that is not always pleasant to assimilate. We have to see how far we have come by doing the opposite, and we should be able to learn that even if we don’t like it, the other is the only way to have a better country.