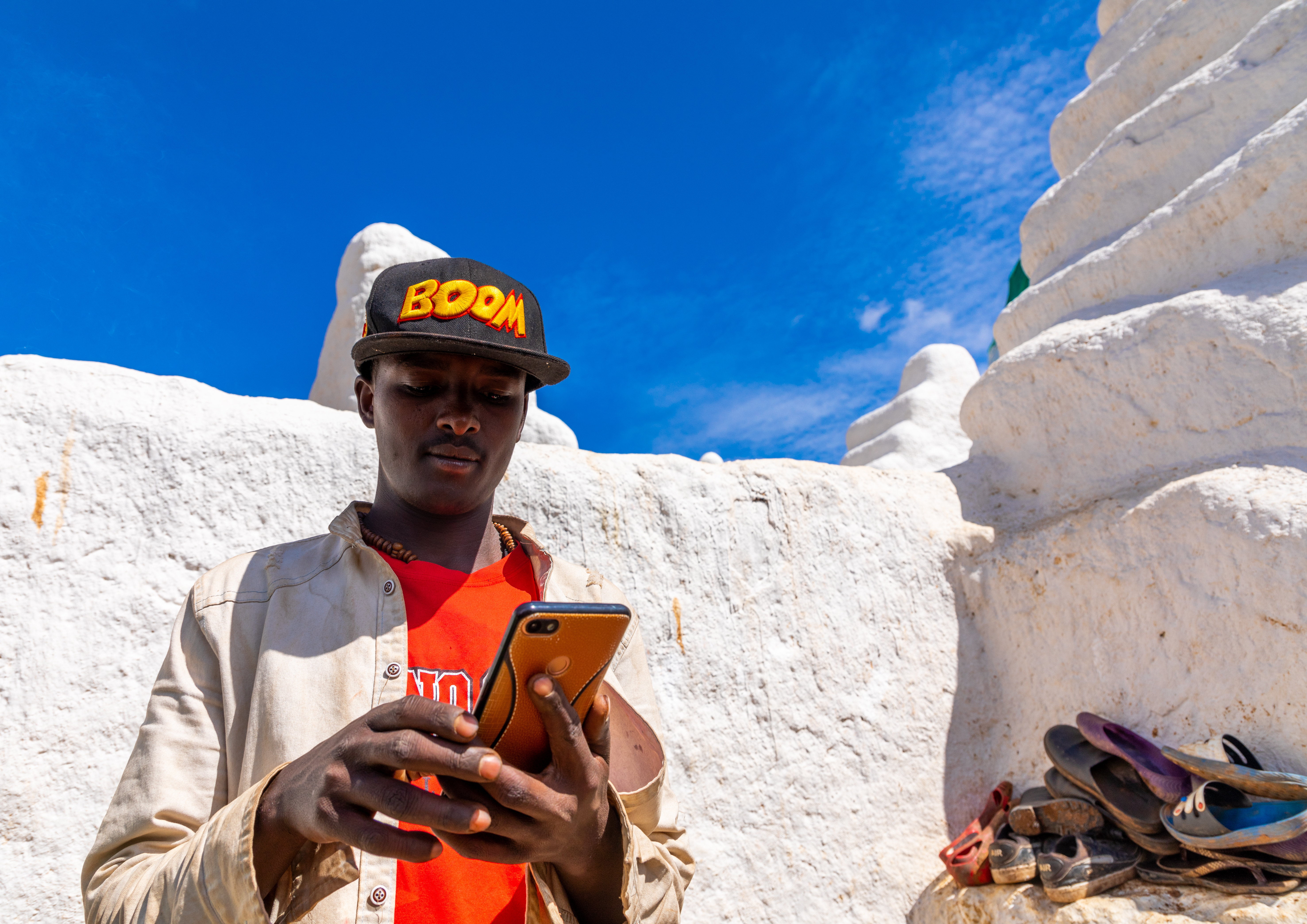 “Governments close the internet to exercise control: to be the ones who explain what is happening, to silence dissent or to hide their atrocious acts.” Felicia antonio she is adamant about unmasking what is behind network locks. Leads KeepItOn, a global campaign driven by AccesNow and supported by more than 200 organizations for the defense of digital rights around the world, which denounces internet interference as an attack on fundamental rights. Much of the campaign’s activity has focused on Africa in recent years. It has never been the continent where the digital space intervenes the most, but it has been the region of the world in which more countries resort to blackouts. “Blockades are always bad; destroy lives and devastate communities like wrecking balls, “says this activist.

During 2020, KeepItOn detected 155 crashes in 29 countries around the world. Two out of three occurred in India, while on the African continent twelve countries pressed the off button in different situations, but with continuity. Before the end of 2020, the Guinean authorities hit the digital switch during a controversial election. And just a few weeks later, already in 2021, they did it in Uganda. Since then, the governments of Ethiopia, Niger, Chad, the Republic of the Congo or Senegal have stopped access to the network; which shows that the threat of internet intervention is still real. “Time will reveal how this year will end, but it seems that authoritarian governments are getting comfortable with the off switch when things can go against them,” Antonio warns.

The coalition behind KeepItOn has given its 2020 report a representative title: Broken dreams and missed opportunities: a year of struggle for the maintenance of the internet. “This and other digital communication platforms”, explains Felicia Antonio, “have been playing a fundamental role in containing the spread of the covid-19 virus by guaranteeing the continuity of education, work, business, entertainment , communication with loved ones and access to life-saving information. There can be no justification for a government deliberately cutting off its people from such an important lifeline ”. In fact, advocates of free internet access say that the devastating effects that closures have on people’s lives are exacerbated during crises, “such as a pandemic or civil war,” he warns.

During 2020, KeepItOn detected 155 crashes in 29 countries around the world. Two out of three occurred in India

In this case, 2020 was a year in which elections on the African continent coincided and an increase in social conflict, an explosive cocktail for citizens to exercise some fundamental rights, such as freedom of expression and demonstration, both intimately linked to the use of the internet. “Clearly, the elections are becoming a trigger for blackouts in Africa,” explains the head of the KeepItOn campaign. And he continues: “Last year we documented that twelve African countries closed the Internet 20 times. In Togo, Burundi, Tanzania and Guinea the closures occurred around elections. Governments justify closures during elections as a measure to curb the spread of disinformation or hate speech. But they are imposed to silence dissent, quell protests and prevent the international community from following the elections.

Thus, although the total number of blocks has been reduced compared to the previous two years, the sensations continue to be negative. “The duration of the closures, the focus on the at-risk and most vulnerable communities and, in this case, the blatant disregard for health during a global pandemic, demonstrate that the possibility of blocking the internet is a tool that plays a dangerous role in our world ”, recalls the AccesNow researcher.

Governments justify closures during elections as a measure to curb the spread of disinformation or hate speech. But they are imposed to silence dissent and stifle protests

Sometimes an internet blockade can seem like an anecdote, even a frivolity in the face of apparently more dangerous situations for people. However, defenders of digital rights do not tire of repeating that it is only a first step, perhaps a sign that something serious is going to happen. The examples multiply. On June 30, 2020, the internet went completely offline in Ethiopia. The day before, a wave of protests had been triggered by the shooting murder of Oromo singer and activist Haacaaluu Hundeessaa. The state telecommunications monopoly allowed the entire country to be totally isolated, a level of censorship difficult to find in other cases because there are usually active networks. Felicia Antonio recalls that this blackout “was ordered to quell the protests, affected 100 million people and did not achieve its objective.”

In the same country, another three local courts were ordered also last year, the last one coinciding with the military intervention in the Tigray region still remains. “There is no access to mobile networks, landlines or the internet, which makes communication almost impossible. Atrocious human rights violations have been reported, and the blackout makes it difficult for civil society, human rights organizations and journalists to investigate and document these violations, which leads us to ask ourselves: was this the objective? ”, questioned the defender of digital rights.

In the Republic of Guinea, the authorities blocked the internet, first during the constitutional referendum that allowed Alpha Condé to stand in the elections in which the network was also turned off. “Human rights violations were recorded, and at least 20 people died after the post-election violence broke out,” Antonio adds. In October, the Tanzanian authorities prepared the ground for the elections by intervening in the digital environment. “It was the cover for the deterioration of the human rights situation,” warns Felicia Antonio, who adds: “Before the elections, the government installed equipment to allow the authorities to censor content and strangle the internet. The authorities blocked access to social media and the Tanzanian Communications Regulatory Authority ordered telecom service providers to suspend access to bulk SMS and voice services. On Election Day, Tanzanians reported a total shutdown. They told us how this attack on their rights not only prevented their democratic participation, but also interfered with their ability to work, study and organize ”.

It is not strange that governments recognize blackouts and present them as necessary measures to preserve social peace or national security, to stop rumors, hate speech, information that incites violence or false news. “On the contrary, governments impose these closures to quell protests or civil disobedience, to silence dissent and to contain information about community violence. Therefore, Internet closures allow state and sometimes non-state actors to prevent the rest of the world from being informed about the crisis that is taking place, ”says Antonio.

In this digital world, internet disruption is a quick and dirty way to hold people back

“The Internet and digital platforms”, says the hopeful activist, “have given people the opportunity to make their voices heard by freely criticizing the policies of the authorities, to promote their businesses, pursue their dreams or stay connected with their families and friends. around the world. In this digital world, internet disruption is a quick and dirty way to slow people down. “

The campaign has been working in parallel for five years, together with other actors, to sensitize citizens and to promote the appropriate legal environment to avoid internet blockages. Felicia Antonio points out as triumphs the recognition of most of the international organizations, such as the United Nations or the African Union. But remember that the work is much more arduous with governments that “continue to enforce closures despite their obvious impact” and that “Internet providers comply with closure orders to protect their licenses.”

For this reason, the promoters of this resistance to the intervention of the networks claim that “these providers and the telecommunications companies must oppose the closure orders, and give priority to their duty to defend the human rights of their consumers at all times. They should get used to legally contesting government orders instead of always choosing to save their operating license. ” And he concludes: “To completely stop internet closures, governments must commit to defending the fundamental rights of their citizens at all times.”