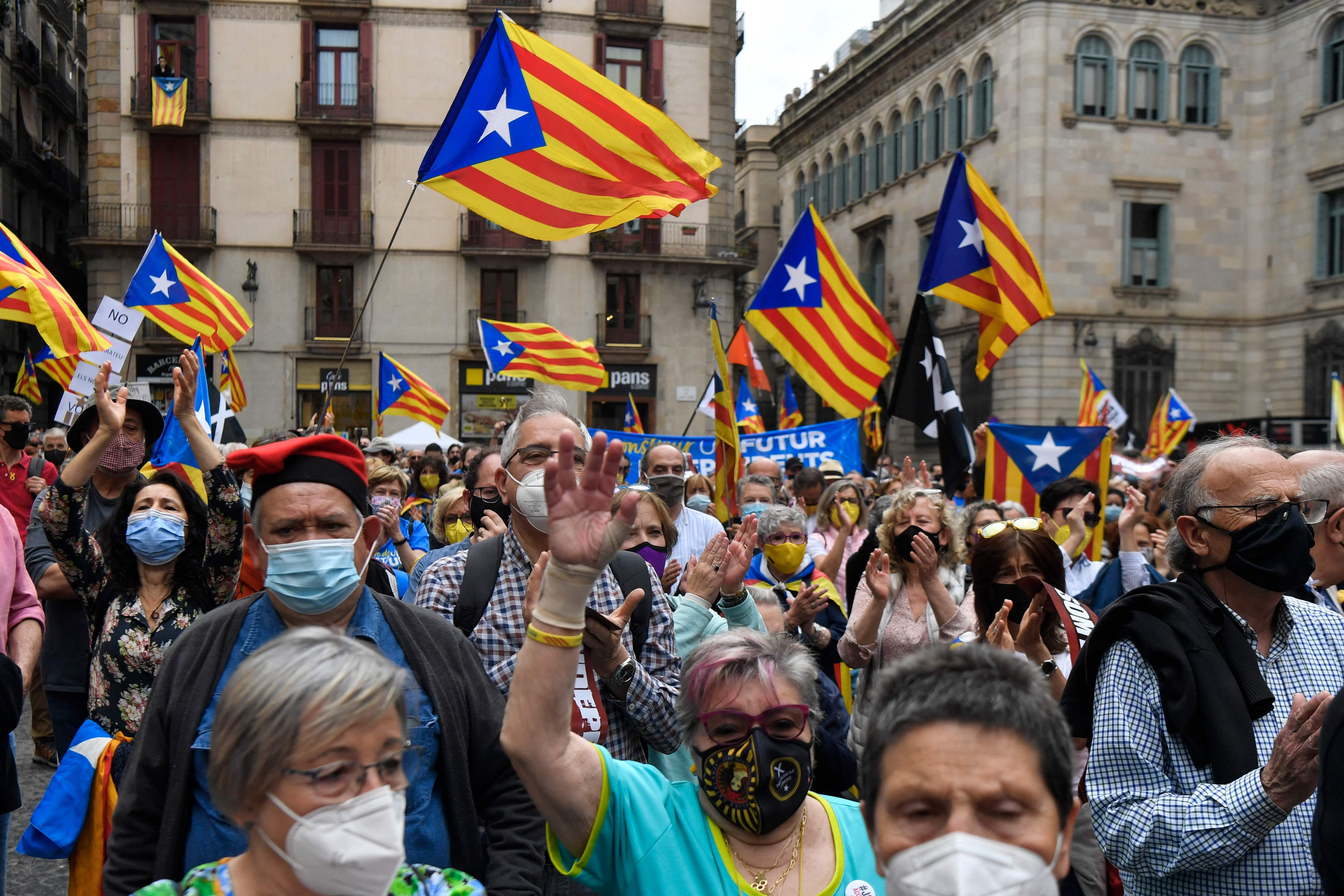 “They don’t give us the four votes we need! Neither free nor in any case! ”. It was past 8:00 p.m. on Tuesday, May 11, and an enraged Esquerra leader considered the negotiations with Junts almost exhausted in the corridors of the Parliament. Republican Pere Aragonès had hit the table three days before and was willing to govern alone but he needed those see of Junts to be invested by a simple majority before the 26th. The vertigo of the electoral repetition planned and ERC negotiated both with En Comú Podem and with the other forces of independence: Junts, CUP, Òmnium, the Assemblea (ANC) and the Consell of the Republic. And one day after the ERC leader feared for those four votes, the three parties laid the foundations for an agreement in extremis.

Submerged in a crazy roller coaster for three months, the independence movement has bordered the implosion and at a rate of vertigo Aragonès and Jordi Sànchez, secretary general of Junts, who enjoyed a prison permit, closed this weekend a pact in two farmhouses of the province of Barcelona: on Saturday at the Soler de n’Hug, in Prats de Lluçanès (Barcelona), owned by the family of Isaac Peraire, deputy secretary general of Territorial Vertebration and Open Party, of ERC. The meeting started at 10 a.m. and ended, with a lunch break and a walk around the farm, at 8:30 p.m. There they talked about the strategy, program and structure of the Government. That noon, the mayors of ERC in a ceremony at the Mirador de l’Alcalde, in Montjuïc, with Barcelona as the background postcard and with the suspicious absence of the majority of party negotiators, clamored for the agreement. “That they comply as we have always done with all the presidents of the Junts”, said the spokeswoman Marta Vilalta (ERC).

On Sunday, the meeting continued in Can Magarola, in Alella, by the sea, not far from Pineda, the municipality of Aragonès. While they closed the structure of the Executive, hundreds of people, summoned by the ANC, were concentrated in the Plaça de Sant Jaume. “We demand a Government of 52%”, said their banners in reference to the percentage of pro-independence votes in the 14-F elections. Elisenda Paluzie, president of the ANC, said that she would stand up to them if they did not agree. At the same time, the CUP deputies pointed out to the Born cultural building that going to the elections would be “a joke.” And Jordi Cuixart, from Òmnium, asked for unity and to end the “insults”.

After 90 days of negotiation, aware of this scenario and of the possible loss of votes in other elections —700,000 votes on F-14— ERC and Junts closed the agreement. The pact puts an end to a soap opera between two parties that govern together, that have leaders in prison, to many charges, that are independentistas, that demand amnesty and the referendum and that even so it seemed that they were negotiating a peace treaty. Nothing is understood without his deep mistrust, sculpted since ERC refused to invest in Carles Puigdemont in 2018 but dating back to before the 1-O referendum. While Junts digested his defeat in the independence bloc, Aragonès predicted a “quick” Government. No one imagined that it would take its own time. The prelude to the tortuous months was hinted at when Junts delayed – “Did you have any doubts that it would be at the last minute?” Asked a member of ERC – the name of his candidate to preside over Parliament. The name of Laura Borràs was released on March 11, the eve of the constitution of the chamber. The CUP labeled Junts “reckless.”

“Without a sovereign Chamber, no wish will be respected,” said Borràs, pledging to take the witness from Carme Forcadell, in prison, and ignoring the legacy of Republican Roger Torrent, his predecessor. On March 21, with five days to go before the inauguration debate, scheduled for March 26, Republicans and the CUP released a 16-page agreement. Junts felt despised and on the 23rd she conditioned her vote to a pact of the legislature. “We will not speculate with elections. A few days or weeks, it is the same, but surely we will govern together, ”said Sànchez.

So it was. The first session was sterile and Aragonès only received his votes and those of the CUP (42 out of 135). Junts spokesman Albert Batet suggested that he not appear for the second debate. “What do we have to do more? We have never failed, ”said an ERC deputy astonished on car night. Aragonès attended the second session on the 30th, with an air of humiliation for the opposition, which had the same outcome.

And, from there, dozens of meetings in the Parliament and in hotels. And long hours on duty for journalists. With Elsa Artadi as the visible face of Junts and Sergi Sabrià and Marta Vilalta by ERC. There was an eternal crossing of documents on five axes — strategy; sovereignty of the Parliament, coordination in Congress; program and Govern—; reproaches and ultimatums from ERC in public that Junts did not accept as the clock ticked on. In the midst of the struggle for independence hegemony, ERC won the battle of the story against Junts, closed to the bone. But the nerves and the fear that the bases of Junts overthrow an agreement spread. Or that Aragonès has to be confined by covid.

Also Read  Final review of 'Loki': towards the End of Time and beyond

“We will not consent to tutelage!”, They said in ERC in reference to the Council of the Republic although they denied that the problem was Carles Puigdemont. “We do not see Aragonès in the meetings,” they replied in Junts. And they saw him: he went twice to the Lledoners jail. In these appointments, Oriol Junqueras does not speak and only gives written notes to his loved ones. On the 7th, Sànchez says that the agreement is “a matter of days” and on the 8th, Aragonès hits the table. Junts stopped guaranteeing their votes. “Won’t there be a last minute deal and races in the hallways?” An ERC official was asked. “Did not say. The session will be, perhaps, this Friday.