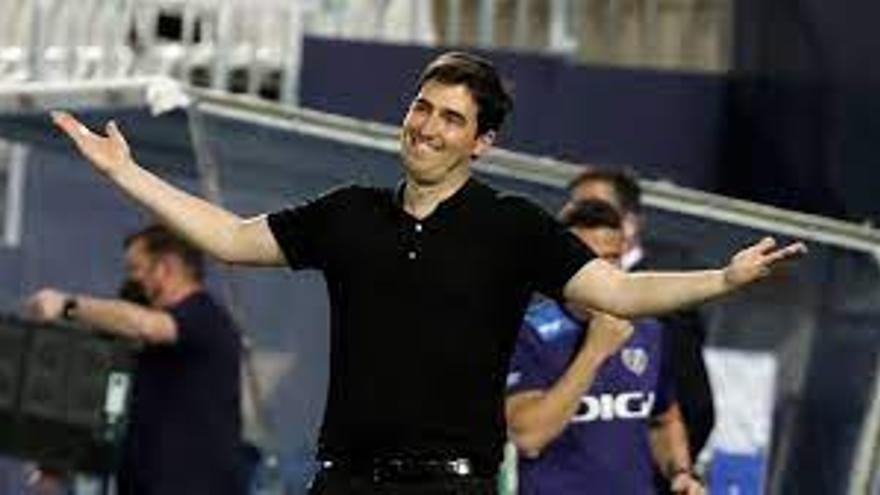 “Elche has strengthened very well compared to last season and has played with several tactical variants. They have many options and players with different characteristics. In the center of the field they have many legs inside and out speed. Johan Mojica has speed and on the right they also have options, which he will demand from our full-backs, “Iraola said at the press conference prior to the match.

The Basque coach indicated that the Elche team is “a First Division team that is doing things well and is competing wellEven in the Villarreal game, what Elche was is not reflected, “said the Rayista coach, who stressed that” more than a name they have a block with clear things and are difficult to beat. ”

On the style of play of the franjiverde commented that “goes very high on pressure and handles multiple records. They already come with a coach who knows the house well. That makes things a lot easier. They win a lot of duels, because they have physical power and there it is difficult to beat them, “he said.

For Iraola, facing the match against Elche, the most important thing is to have “confidence” in the game that they have been playing and that so far has given them “good results”. “We have to trust that we have players who are well and that we are at that point of confidence that is good, that We have been a team to push hard and defend well. We have to handle that well in a field like ours, but Elche is a team that receives little, like us, putting you on the scoreboard against a team like this is complex“, he stressed.

Iraola has for this match with the suspension due to sanction of the international right back Iván Balliu, who will be replaced by the young squad player Mario Hernandez, which has not yet debuted this course. “I’m not worried. Vmasters to have casualties during the year. There are perfectly trained players to give the level and I am convinced that he has the level to compete, “he confessed.

Finally, the Basque coach gave his opinion on the postponements of the matches between Granada and Atlético de Madrid and Real Madrid and Athletic Club de Bilbao due to the number of international players that some teams have lost these days of commitments with national teams. That circumstance has also been suffered by Rayo, in which the Colombian Radamel Falcao He will play against Elche after completing only one work session with his teammates. “I suppose the club would request the postponement, that’s not my thing. We go back to business as usual, I don’t know what the norm is or how many hours have to pass, but it is strange to know that sometimes they are postponed and sometimes not, it is difficult to understand“he commented.

“Postponement is an alternative that we have never been asked. I don’t know what has been said outside, but we have prepared it that way. It is rare that games are suspended when they are played in Second and we, who come from there, knowing what one suffers when there are national teams, we have no choice but to assume it, “he concluded.

Also Read  from Tomás moaning to the pedophile of Lardero