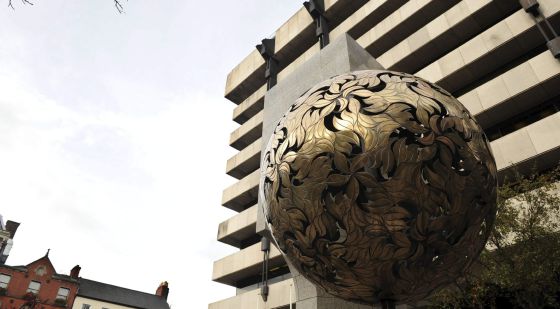 What came first the chicken or the egg? Now that the triple initiative of the US Administration of Joe Biden, the OECD and the European Commission raises the urgency of reviewing and equalizing the taxes paid by large multinationals around the world, Ireland needs to convince itself and international institutions that Its economic miracle does not derive exclusively from having the lowest corporate tax in the EU: 12.5%.

“There is a highly qualified workforce with great technological knowledge. There is a management and research capacity cultivated by all the migrants who returned to the country and brought with them new skills (…) And Ireland has enormous appeal as a workplace, because of its position in the EU’s English-speaking economy in the post-Brexit era, ”he writes in The Irish Times Karlin Lillington, one of the journalists who has followed most closely in recent decades the boom technological of the so-called “Celtic tiger”.

All these advantages exist, but they derive in large part from the great leap made by the country in a generation thanks to its tax structure, the smallest in the developed world. About 1,000 multinationals – not just Facebook or Google – have established their headquarters in Ireland. The small island is a technology and financial services powerhouse, but it also has the most thriving pharmaceutical sector in the EU. In accounting terms, everyone knows what the double irish (Double Irish), and it is not exactly a coffee with cream and whiskey, but the system by which many companies redirect their income and profits to Irish territory to pay as little tax as possible.

In 2019, Google paid just eight million euros in Spain for companies, despite a declared income of just over 130 million. It practically invoiced most of its services from Ireland, or redirected to its headquarters on the island, to invoice from there, its marketing and promotional expenses.

The Irish Finance Minister, Paschal Donohoe, of the Fine Gael Christian Democratic party, has in recent weeks become the containment levee, the unsympathetic face, of the Republic, in the face of the international offensive to level international tax policy and help that way to defray the enormous expenses derived from the pandemic. “I anticipate that the 12.5% ​​rate will remain in force for the next five or ten years, as well as other low taxes,” the president of the Eurogroup also assured on May 18. Sky News. Donohoe anticipated his position before the G-7 summit of finance ministers, which will meet in London on June 4-5.

The US Administration wants to extract from that meeting the commitment of the seven nations to impose a minimum corporate tax of 15%, far from the 21% initially suggested by Washington, but which would in any case involve considerable damage to Irish accounts. “It is true that, in the future, an agreement on a tax minimum should exist,” admitted Donohoe, in a clear attempt to leave some space for the negotiation of a reality that advances in a slow but unstoppable way.

The Irish Government clings to the idea that some fiscal flexibility should be allowed to compensate for the disadvantage of those small countries that do not have the economies of scale of their large competitors.

Its critics recall that Ireland, which has benefited in particular from EU membership, is already part of the larger internal market of the Western economy today. And that its unquestionable advantages – English, its historical links with the United States, its capacity as an Anglo-Saxon springboard to Europe – should now be its plan B to face a much more fiscally level future with the rest of the countries. Especially with the United Kingdom, whose uncertain future after Brexit has led Boris Johnson’s government to look more suspiciously at the competition posed by a small island to the west that it used to not pay much attention to.

Downing Street has now become one of the main agents driving greater fiscal rigor for large technology corporations. “Our long standing position has been to argue that where taxes are paid matters, and that any future deal should ensure that digital companies pay taxes in the UK that reflect their actual economic activity. It is what taxpayers want and it is just enough to sustain our public services, “said a spokesman for the UK Ministry of the Economy on Friday.