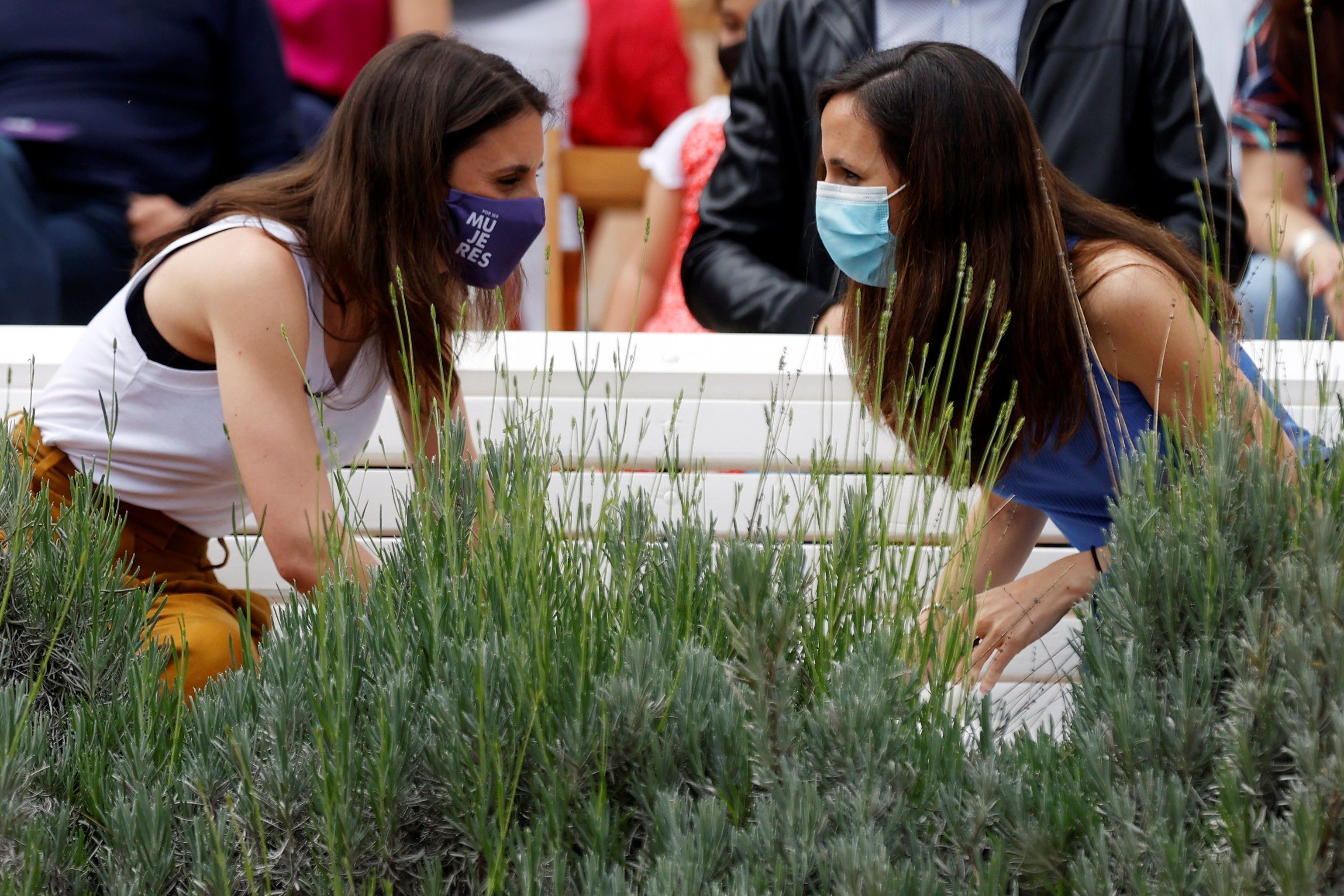 Irene Montero, Minister of Equality and number two of Podemos in the last executives of Pablo Iglesias, aspires to the same position of the party in the candidacy for the leadership of Ione Belarra. The list of the head of Social Rights and Agenda 2030 to lead the training after the departure of the former vice president includes in third place the Secretary of State for Equality, Noelia Vera, followed by the spokesperson, Isa Serra, the MEP Idoia Villanueva and the anti-eviction activist lawyer Alejandra Jacinto, one of the most recent incorporations of the party, elected deputy in the Madrid Assembly on March 4.

The portal of the State Citizen Assembly, the process that will elect the Citizen Council and that will culminate on June 13, has published the ordered candidatures this Thursday. Belarra’s team, the main candidate for the general secretariat, feminizes the leadership of Podemos, with 12 women in the top 20 positions on the list and all women in the first six. Pablo Echenique, parliamentary spokesman, stands at number seven and the Secretary of State for Social Rights, Nacho Álvarez, at eight. The deputy spokesperson for Congress, Sofía Fernández Castañón, and the secretary of Civil Society and Popular Movement, Rafa Mayoral, complete the top ten positions.

15 of the top 20 names already held a position in the last directorate (formally, the Coordination Council), elected last year. Ángela Rodríguez Martínez, acting LGTBI Rights secretary, appears as number 11, and Juan Manuel del Olmo, head of Communication, at 12. Jaume Asens, president of the United We Can parliamentary group and secretary of Human Rights, is placed in the 14th position, followed by Pilar Garrido, up to now in charge of the Plurinationality area in the party, Pablo Fernández (Empty Spain) or the Secretary for Electoral Analysis, Txema Guijarro (18th). The adviser Lilith Verstrynge (13th), the president of the parliamentary group of En Comú Podem in the Parliament of Catalonia, Jéssica Albiach (17th), the coordinator of the party in Extremadura, Irene de Miguel, and the activist and deputy Autonomous Serigne Mbayé (20th).

Sources close to the minister’s candidacy state that the team’s design represents a “clear” commitment to strengthening the territories that seeks to enable electoral growth in order to aspire, with the third vice president, Yolanda Díaz, as the candidate for the Presidency of the United We Can brand, to be “the first force of Government”. Díaz is not a member of Podemos or the United Left, which will in practice generate bicephaly. In the complete list (98 names, including Belarra) there are 11 Podemos coordinators: Maru Díaz (Aragón), Conchi Abellán (Podem Catalunya), Antón Gómez-Reino (Galicia), Pablo Fernández (Castilla y León), Martina Velarde (Andalusia), Jesús Santos (Madrid), Pilar Garrido (Basque Country), Pilar Lima (Valencia), Javi Sánchez (Murcia), Irene de Miguel (Extremadura) and Laura Fuentes (Canary Islands).

The position in the candidacy of Irene Montero, the second most powerful person in the formation since Vistalegre II – the assembly that faced Iglesias and Íñigo Errejón in 2017 – was expected. The Minister of Equality is part of Belarra’s trust nucleus, they have known each other since college and have been working together for years, first in Congress and now in the Council of Ministers.