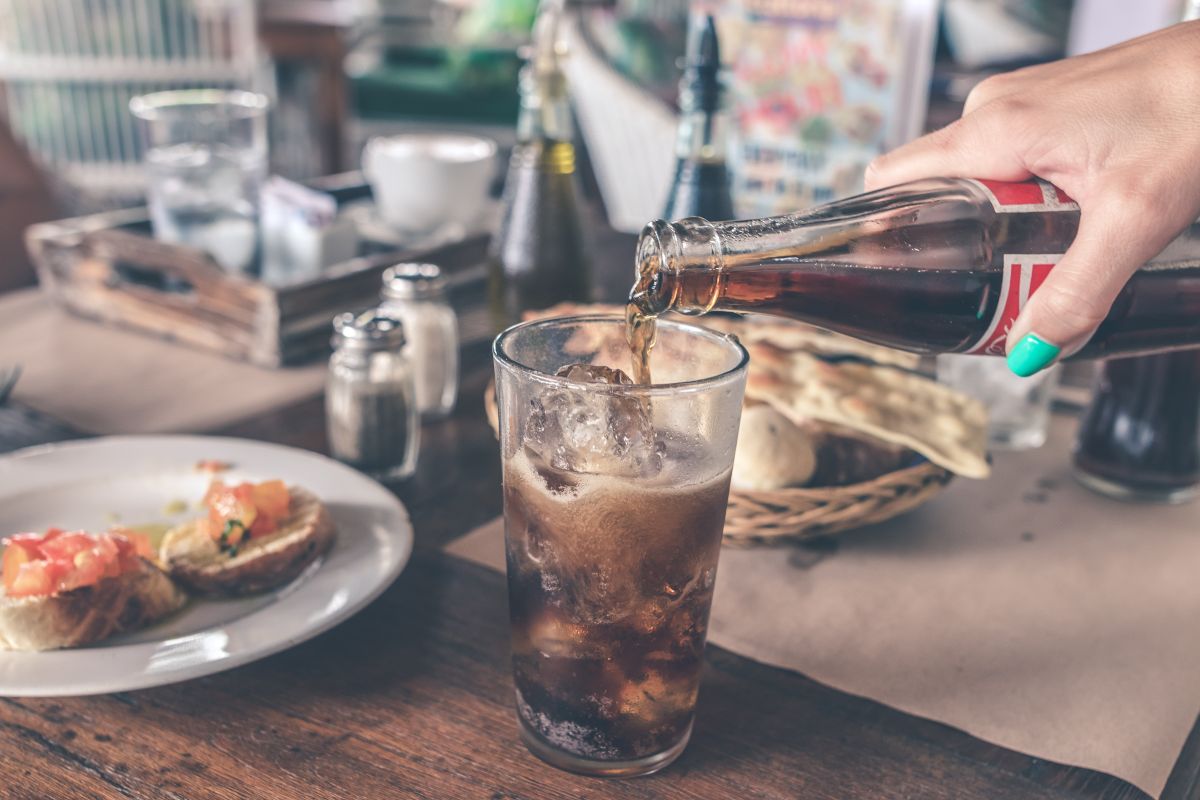 The main difference between soft drinks and coffee is their sugar content, which deteriorates weight and health in different ways.

We are used to relating coffee as the drink with the highest caffeine content, however it is important to know that there are many drinks that contain it. Caffeine is considered one of the most popular natural stimulants and that is why it is one of the most used ingredients in the world. Coffee and soda are two favorite beverages that many Americans drink on a daily basis. Both are delicious and conspicuous for their caffeine contentThat is why, thanks to its stimulating properties, many people resort to consuming them. However, these are completely different products, which are associated with various health consequences. The main difference: its sugar content.

There is very relevant information published in a study in the Journal of Food Science, in which it was found that 80% of the world’s population consumes a caffeinated product every day, and this figure rises to 90% for adults in North America. Based on this, it is worth paying attention to its effects on the body and the best sources to consume caffeine without damaging our health.

It is true that there are various similarities and differences between coffee and soft drinks. The first that is relevant to mention, of course, is the caffeine content. The Coffee contains significantly more caffeine than popular soft drinks. A 6-ounce cup of arabica coffee has about 100 milligrams of caffeine, and a shot of espresso contains about 70 milligrams. While a typical soda with caffeine provides between 25 and 50 milligrams of caffeine.

Much has been said about the consumption of caffeine and its effects on health, in fact it has been proven that in excess it can have negative consequences on sleep and anxiety. However, studies also report that it has relevant health benefits, including its benefits for burning fat and speeding up metabolism, Improves physical and mental performance. It is also a great ally for protect us from cardiovascular diseases and diabetes.

Due to its primary effects, we are used to associating soft drinks with a greater contribution of energy, in fact it is normal to feel much more active after drinking a soft drink than a simple cup of coffee. The main reason not at all good: its very high sugar content, which is related to devastating consequences for health. In such a way that we can affirm that there is no comparison.

Soft drinks are processed drinks that are distinguished by their content of preservatives, chemicals and sugar that affect the functioning of the entire organism, among which alterations in the cardiovascular system, body weight and waist measurements stand out. For its part, eCoffee provides many more health benefits, among which its high content of antioxidants stands out that strengthen the immune system and are of great help in the prevention of diseases, at the same time it is considered a natural accelerator of metabolism and enhances the burning of body fat. Coffee also shines for its anticancer, diuretic, and hepatoprotective properties. In addition, there are scientific references that support the benefits of coffee consumption to enhance brain function, specifically it is known that its measured consumption can reduce the risk of Parkinson’s and Alzheimer’s disease. Of course, any benefit can be affected, if you usually consume a mocha latte with cream and sugar It’s not good for your heart or your weight!

It is striking to know that coffee and soft drinks have always had an inverse relationship, since World War II, when Coca-Cola introduced soldiers to soft drinks for 5 cents a can. We can say that chen the popularity of one has decreased, that of the other has increased. The truth is that the United States moved away from coffee consumption after the World War, the possible reason is that the world’s leading coffee companies began to produce low-quality coffee. They imported robusta beans and soluble coffee, used to shorten roasting times, and added water to the coffee beans. During the 1970s, the quality of coffee offered in the United States continued to decline and with it mMany Americans followed the soldiers and switched to soft drinks.

How does caffeine work in the body? Being a powerful stimulant, caffeine exerts an intense effect upon entering the bloodstream. It works by stimulating the brain and central nervous system, helping you to stay alert and prevent the onset of fatigue. And of course, it is because of this effect that many people tend to become addicted to caffeine.

To understand the effects of caffeine, it is important to know how it works in the body. What happens is the following: a Once consumed, caffeine is rapidly absorbed from the intestine into the bloodstream, from there it travels to the liver and is broken down into compounds that can affect the function of various organs. However, it is important to mention that the main effect of caffeine happens in the brain; fIt works by blocking the effects of adenosine, which is a neurotransmitter that relaxes the brain and is responsible for making us feel tired. It also usually increase adrenaline levels in the blood and thus increase brain activity of the neurotransmitters dopamine and norepinephrine. In such a way that this combination of factors stimulates the brain and promotes a state of alertness, concentration and excitement. Because it affects the brain, caffeine is often referred to as a psychoactive drug. In addition, it has the peculiarity of exerting its effects quickly: the amount found in a cup of coffee can take as little as 20 minutes to reach the bloodstream and approximately 1 hour to reach maximum effectiveness.

Also Read  What are antinutrients and why are they a fundamental part of the diet?

The controlled consumption of caffeine naturally contained in coffee is often associated with benefits to improve brain function and mood. It also speeds up metabolism and promotes increased fat and calorie burning. It improves physical and mental performance, and reduces the risk of contracting cardiovascular diseases and diabetes. At the same time, there are references that endorse its benefits on longevity, reduces the risk of premature death and reduces the risk of suffering from chronic diseases. Now you know, the next time you want to combat fatigue and increase your energy levels with some caffeine: A cup of black coffee will always be better than a soft drink.