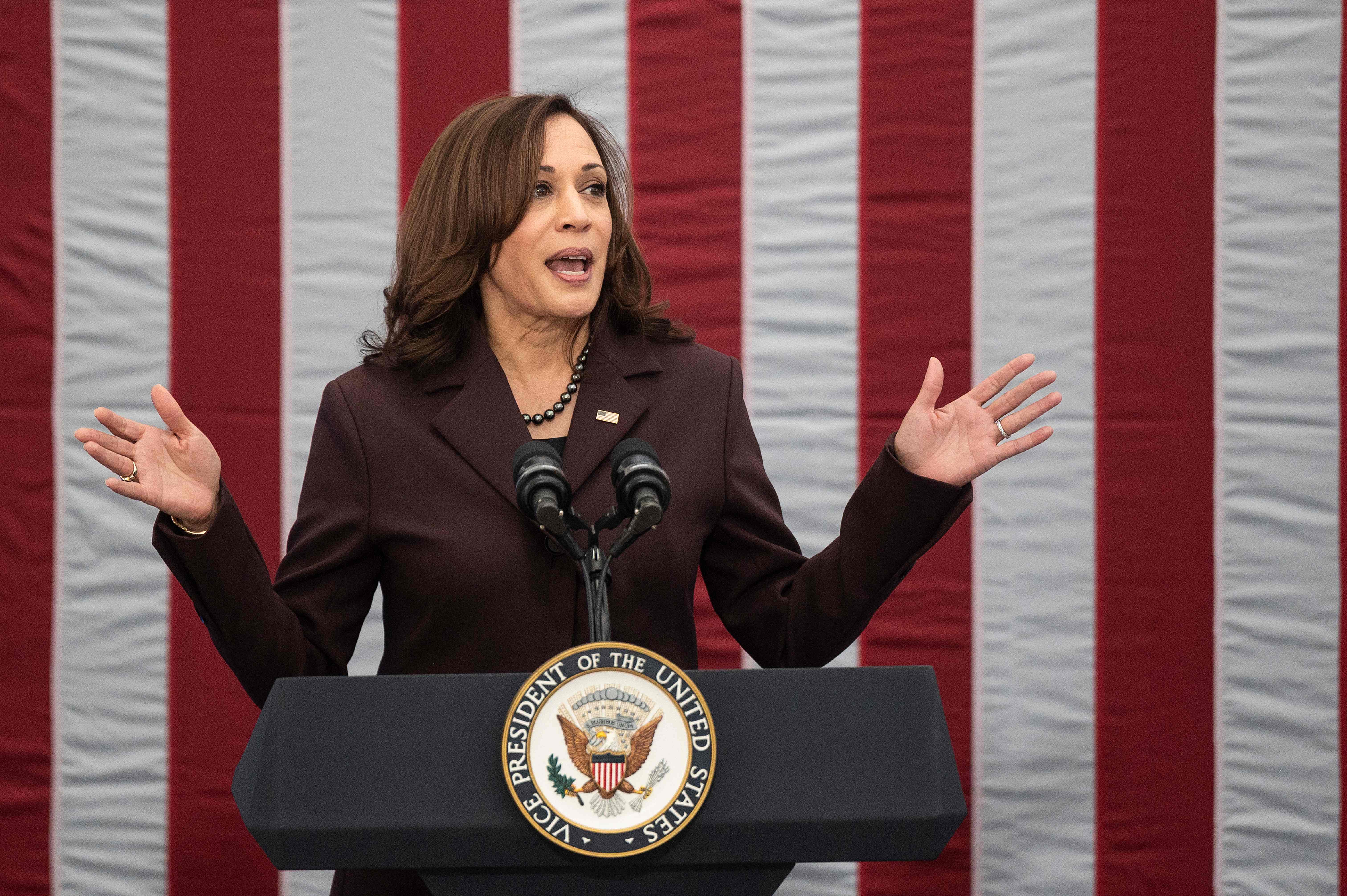 The bad popularity data and the flow of rumors in the great political fair that is Washington are eroding the figure of Kamala Harris, the woman who, soon a year ago, made history by becoming not only the first vice president of the United States, but also the first black person to get it. Judging by the polls, the government’s wear and tear has taken a toll on Harris than on President Joe Biden. And in the capital a gloomy story has been installed: articles have proliferated that speak of the frustration of his team due to the lack of prominence it has obtained in these months; his spokesperson, Symone Sanders, just announced his departure and a few weeks ago his communication director, Ashley Etienne, did the same after a devastating report on CNN, which forced Harris to come out to deny problems with Biden.

Vice President of the United States is a very particular position. He is one step away from the most powerful office in the world, and at the same time, barring one fatality, his duties seem merely cosmetic out of doors, even though he ends up being the person the president consults the most, as Biden describes his tenure. number two in the shadow of Barack Obama. Benjamin Franklin once proposed treating whoever holds the position of vice president as “his superfluous excellence.” Nelson Rockefeller, who played that role with Gerald Ford (1974-1977), summed up his work like this: “I go to funerals, I go to earthquakes.” Thomas Marshall, vice president of Woodrow Wilson (1913-1921), defined the position of “cataleptic”: “He cannot speak, he cannot move, he does not feel pain, he is perfectly aware of everything that is happening, but he does not participate in it.”

Everything, however, changes when the person under the magnifying glass is someone who has generated so much expectation. Harris, in addition to having broken one of those crushing glass ceilings, works for a man who has just turned 79 years old, which from the beginning has encouraged speculations about his replacement for the 2024 elections, despite the fact that the Democrat has He insisted on several occasions that he plans to appear again, in large part, as a way to silence the noise on this matter and generate more stability. Vice-presidents have been natural candidates for the presidency – Biden himself, George HW Bush, or Richard Nixon were in office before – but many doubts have been raised about Harris’ ability to win a presidential election.

The average of the polls carried out by Real Clear Politics places the percentage of support at 40%, two points below Biden (42%), and an analysis of Los Angeles Times, who does the most detailed monitoring (Harris is a Californian), highlights that his data is worse than Biden’s when he was vice president, Al Gore (vice president with Bill Clinton) and even Dick Cheney (George W. Bush).

Although it is not the only one, machismo is one of the great factors that help explain discontent. The main rejection of Harris comes from men, whose support ratio is 18 points lower than that of women. The vice president is a constant target of the most sexist attacks not only on social media, but also on conservative television. Newsmax host Grant Stinchfield aired videos of Harris laughing and linking her to the “wicked witches of the west.” In addition, the messages that attribute his political career to alleged past romances have proliferated since the elections.

Patti Solis Doyle, political strategist who led the Hillary Clinton campaign in 2008, warns of the double standards suffered by women in politics, how the simple act of aspiring to a position of power erodes their image. “Before announcing her candidacy, when Clinton was secretary of state, her support was around 70% and it was taking the step and plummeting.” Also, he adds, weighs the little time that Harris has had so far to define his role. “It took Vice President Al Gore a few years to be identified with his fight for the climate, Biden became the person Obama consulted with everything and Vice President Mike Pence [con Donald Trump] he ended up as a tsar against the pandemic, but that was in the end ”.

When Larry Sabato, director of the Policy Center at the University of Virginia, is asked if there is any racial or gender bias in Harris’s low popularity, he responds: “Is he the Argentine pope?” Sabato, a leading electoral analyst in the United States, points out that those who are pioneers in something, who break a glass ceiling, “carry the special burden of proving that they are ‘worth’ for the position, which is unfair, but is there something fair in politics? He also adds that the vice president “has been assigned very difficult tasks, such as immigration, and there is nothing to be gained from this issue, all sides will find things to criticize in each movement.”

Indeed, Biden entrusted his number two with the management of a very thorny issue, the migratory pressure on the southern border with the United States, with which there is much to lose and the only political victory is to save the furniture. During her first international trip as vice president, visiting Guatemala and Mexico last June, Harris was in charge of saying to undocumented immigrants from Central America fleeing poverty: “Don’t come to the United States,” four words that they guaranteed him a barrage of criticism from progressive voters.

Any opening move, instead, becomes ammunition for Republicans who accuse the Democratic Administration of opening borders to everyone, when Biden has maintained some of the most restrictive policies of the Trump era. The migratory flow has left record numbers since the arrival of Biden with the arrest of 1.7 million people since September of last year, the highest number ever recorded.

There is also an obvious knock-on effect from the low popularity of the president that has occurred routinely in every Administration. Historian Julian Zelizer, Professor of Public Policy at Princeton University, points out that she also “has not been especially visible in recent months and, at a time when approval ratios are falling for the president, it makes sense. that the vice president, who usually does not usually see his achievements recognized, end up in a worse place ”.