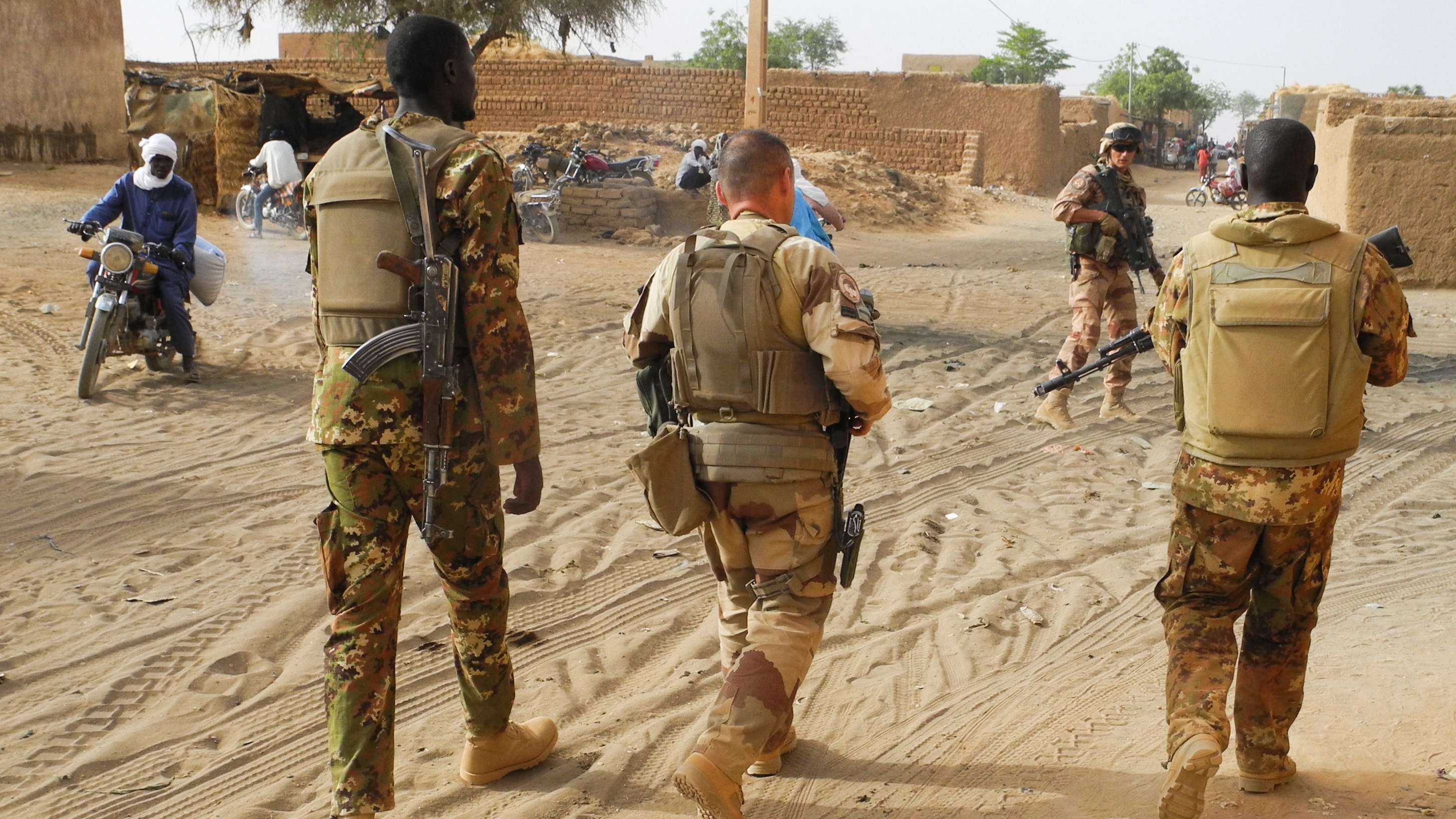 The French Army has killed Abou Walid al Saharaui, leader of the terrorist group Islamic State of the Greater Sahara (EIGS) that operates in the Sahel, according to the president of this country, Emmanuel Macron, on his Twitter profile in the early morning of this Thursday. “This is a new great success in the fight against terrorist groups in the Sahel,” he said through the social network. The Sahrawi was one of the most wanted terrorists in Africa and his group is responsible for most of the attacks and attacks in recent years in western Niger and eastern Burkina Faso and Mali. The French Minister of Defense, Florence Parly, specified that the military of Operation Barkhane carried out the attack that put an end to Al Saharawi.

Adnan Abou Walid al Sahraoui, leader of the terrorist group Islamic State in the Greater Sahara was neutralized by French forces. This is another major success in our fight against terrorist groups in the Sahel.

“The nation thinks tonight of all its heroes killed by France and the Sahel in the Serval and Barkhane operations, of the grieving families, of all their wounded. His sacrifice has not been in vain. Together with our African, European and American allies we continue this fight, “added Macron, a message that comes at a particularly sensitive moment due to the announced withdrawal of 40% of the Barkhane soldiers before the end of the year and the open debate on a possible hiring of Russian mercenaries from the Wagner company by the Government of Mali to fight against jihadism.

On January 13, 2020, at the summit held in Pau (France) between Macron himself and the heads of state of the G5 Sahel countries – the regional coordinating body that includes Mauritania, Chad, Burkina Faso, Niger and Mali -all of them set themselves as a priority objective in the fight against terrorism the area called The Three Borders shared by these last three countries and, specifically, the fight against EIGS. A few months later, on August 9, 2020, this terrorist group murdered six French aid workers and two Nigerien citizens in the Kouré nature reserve, an attack after which the French government promised to prosecute those responsible. In September the Islamic State claimed its authorship.

Between June and July of this year and in coordination with the Nigerian Army, the strongest in the region, the French Operation Barkhane hit EIGS with intensity in the Three Borders area, assassinating at least two important Al Saharawi lieutenants. However, this was still a large military target that was resisting. Intelligence reports pointed out that it moved with enormous ease between the borders of the three countries and that its main bases were between Menaka in Mali and the north of the Tillabéri region, in Niger, where it had the complicity of local groups.

Al Saharaui was just under 50 years old and was born in El Aaiún (Western Sahara). After living for years in the Tindouf camps and being part of the Polisario Front, he became radicalized and was one of the founders of the terrorist group Movement for the Unity of Jihad in West Africa (Muyao), one of those that occupied northern Mali in 2012 unleashing the jihadist wave that the region still suffers. Within Muyao, he was responsible for the kidnapping of two Spanish aid workers and an Italian one in the Tindouf camps in 2011. After the French offensive in 2013, Muyao became Al Murabitún.

In 2015, Al Saharawi proclaimed Al Murabitún’s adhesion to the Islamic State, but the leader of that group, Mokhtar Belmokhtar, disavowed him and proclaimed that the organization remained loyal to Al Qaeda, which triggered a split: Al Saharawi then created EIGS. This terrorist group has been the main responsible for the spread of jihadism to Niger from its bases in northern Mali and experts maintain that it has been in contact with Al Barnaui, leader of the Islamic State of West Africa (Iswap) that operates in the northeast of Nigeria, to try to create a jihadist corridor that connects both areas in the Sahel.

If his death is confirmed, it would be a serious blow for this terrorist group but also one of the most important successes for the French counter-terrorism fight in the Sahel, even more than the elimination of Abdemalek Drukdel in June 2020. Al Saharawi was a terrorist in full activity which had been characterized in recent times by ordering mass murders against civilians. The Government of Mali and local authorities in this country and Burkina Faso have launched dialogue initiatives with the jihadists, but Al Saharawi, whom they consider a bloody murderer, had always been left out of these.

Precisely this Thursday the French Minister of Foreign Affairs, Jean-Yves Le Drian, warned about the risks of a possible agreement between the Russian security company Wagner and the Government of Mali, which they are negotiating, according to the Reuters agency this week and sources confirmed. of the Malian Executive. “They are mercenaries known for their atrocities,” said the French minister, who said that their presence in Mali would be “incompatible with the international presence,” he told the France Info station.