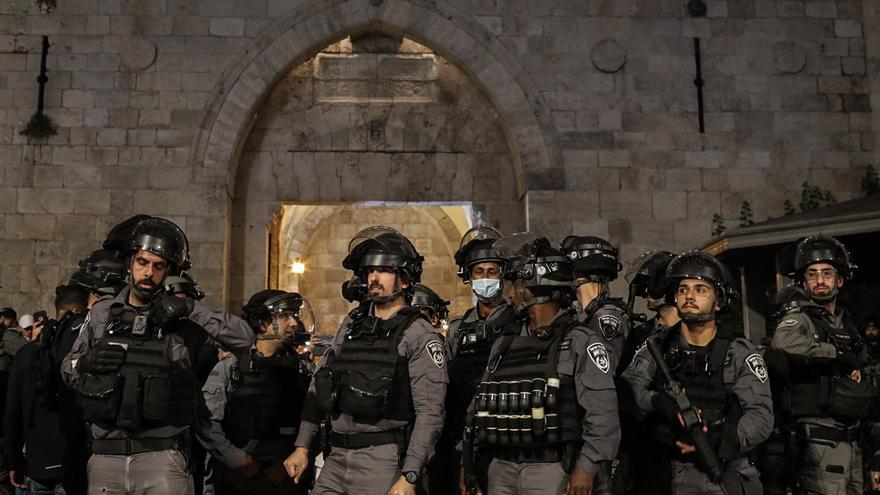 Gaza is isolated. After three and a half years of construction, Israel celebrates the completion of the security wall with the Strip. Equipped with the highest technology to prevent the entry of Hamas militants into Israeli territory by sea and land, this enhanced security fence from 65 kilometers long it also locks up the two million Palestinians who live poorly in the enclave.

Defense Minister Benny Gantz has approached the border with the Strip to inaugurate this new security milestone for Israel. The project includes an underground wall equipped with sensors, an above-ground fence, a naval barrier, radar systems, and command and control rooms. The “smart fence” is more than six meters high and its sea wall has the means to detect infiltration by sea. It even has a remote-controlled weapon system. This underground barrier seeks to counter the tunnels Hamas used to blind Israeli troops during its 2014 offensive against the enclave.

I inaugurated today the security barrier around the Gaza Strip. The barrier, which is a technological and operational project of the highest order, deprives Hamas of one of the capabilities it tried to develop and places an iron wall, sensors and concrete, between it and the residents of the south. pic.twitter.com/mmLLtNS7f2

“The barrier, which is a innovative and technologically advanced project, deprives Hamas of one of the capabilities it tried to develop, “Gantz said in a ministry statement.” It places an ‘iron wall’, sensors and concrete between the terrorist organization and the residents of southern Israel, “he said. said about the project, which reinforces an existing fence. 140,000 tons of iron and steel have been used in its construction. It has hundreds of cameras, radars and sensors. The project has cost almost 1 billion euros.

Within this wall, two million Palestinians live in just 385 square kilometers. The Egyptian-Israeli blockade has been choking the economy of the Strip for 14 years. The construction of this wall is the confirmation that Gaza is already “the biggest open air jail“As denounced by human rights activists.” You can see smiles and faces full of pride as they celebrate the construction of another monument of oppression, siege and collective punishment, “has tweeted Jehad Abusalim, of the Palestinian Activism Program of the Friends’ Service Committee Americans, along with a picture of Gantz and several generals at the opening of the fence.

“This barrier will give Israeli citizens a sense of security and allow this beautiful region [el sur de Israel] continue to develop and flourish, “the minister applauded. Israel affirms that the blockade is necessary to prevent Hamas from expanding its military capabilities, while human rights groups consider it a form of collective punishment. The Hebrew state prevents the importation of materials and equipment to Gaza and imposes strict export restrictions, causing a state of “paralysis” in various sectors of the Gazan economy.

Israel today “celebrated” the completion of building a wall surrounding the Gaza Strip. The wall is 65 km long and is equipped with high-technology sensors and surveillance. Israeli media outlets shared this map that shows the completed wall. pic.twitter.com/pvTiyc5vGP

The 14-kilometer border with Egypt is also blocked. The Egyptian authorities have restricted the crossings for security reasons. Hamas and Israel have fought four wars since the Palestinian group took control of the Strip in 2007. The last offensive was in May and lasted 11 days. More than 260 Palestinians, including 66 children, died and 1,900 people were injured. On the Israeli side, there were 12 fatalities. During these fighting, Hamas used its sophisticated tunnel system in the Strip but did not infiltrate fighters into Israel.

The border with Israel was also the scene of serious tragedies in 2018 and 2019 in the Great March of Return. The mass protests organized by Hamas Behind the wall they asked to ease the blockade, but the response of the Israeli Army caused more than 220 Palestinians to die and thousands to be injured. A recent investigation accused the military leadership of improperly investigating its own policies and practices and failing to hold its soldiers responsible for the deaths and serious injuries.

In turn, the Israeli Army denied the allegations in the report jointly published by the Palestinian Center for Human Rights (PCHR) in Gaza and the Israeli organization B’Tselem. The Israeli authorities defended themselves by stating that their forces prevented the massive leakage of Hamas agents and that allegations of wrongdoing were investigated and soldiers held accountable. “When the smoke screen on internal investigations is lifted, Israel will be forced to take into account its human rights abuses and violations of international law“, concluded the investigation.

1/13
Today we publish a new joint report with the Palestinian Centre for Human rights @pchrgaza that analyzes the investigations Israel claims to have conducted following the Great March of Return protests, in the Gaza Strip as of March 2018. pic.twitter.com/wB1Q8RNb6w