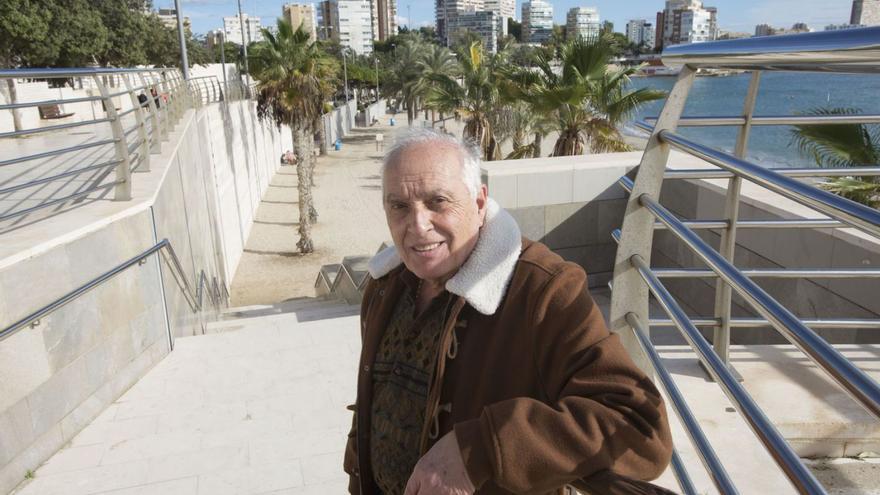 In 1992 he began the neighborhood movement as vice president until in 2008 he was appointed president when the late Antonio Soler Molina retired. At the assembly next January, it will give way to new people with new ideas.

Why are you leaving it?

Time passes for everyone and I am no exception. You have to know how to retire on time and I’ve been wanting to quit for six years. The ideas are somewhat outdated and the operation of the association must be adapted to the current times, modernizing the forms of communication. It is time for social networks, telematic meetings, websites … I was born very early to adapt to the new technology, and although I try, I can’t. We are going to make way for the young. In addition, the treatment is not the same as when you are young, in relation to some public entities, the elderly do not consider their appreciations the same as before, which discourages you.

How has the neighborhood evolved in these 30 years?

When we started the journey of this association, the neighborhood was a shame. Everything was missing, sewers in many streets, unpaved, no sidewalks, lack of lighting, the beach had been closed in 1979 due to contamination and although it was opened when the Orgegia treatment plant was put into operation, the beach suffered its discharges 150 meters from the shore. An underwater emissary was needed. The channel’s pumping station was obsolete, as were the Alfin and Torre Vistamar driving stations.

It was a neighborhood with gated communities that had to be made out and formed a united neighborhood where people met. In 1984, the MOPU had been in charge of turning it into a passing neighborhood by turning Villajoyosa and Condomina avenues into expressways, eliminating parking lots, to connect the new neighborhoods of Playa de San Juan and El Cabo. This made the shops and services that we neighbors had to leave. They closed, banks, tobacconists, pharmacies, jewelers, hotels and little by little, all the shops.

What have been your achievements?

Faced with this situation, since the 1990s we have requested a multitude of things, of which we have been able to build the submarine outfall four kilometers from the beach; the transfer of the pumping station because it is obsolete and the renovation of the Torre Vistamar and Alfín driving stations; the collectors of avenues Costa Blanca-Condomina and calle Olimpo y Adyacentes; the channeling of the waters of the Juncaret after the last flood of 1997; We got some sports facilities for the neighborhood, after eight years of petition, with the construction of the Albufereta Sports Center, together with the social premises for the Association, in 2000; we created a soccer school and a basketball school; We managed to formalize the neighborhood festivals and our Three Kings Parade.

And your main pending wish?

In the thirty-year history of the association, to date, what hurts us the most and we consider a failure, consented to by the different administrations, is not having been able to realize the dream that my starting colleagues and I had, of improving the seafront that we have the privilege of having in Albufereta, from Rocafel to Cala de los Judíos. Since the early 1990s, our enthusiasm led us to hold meetings with the City Council, the Coasts and the Generalitat. There were projects, but they were not developed.

In addition to this pending transformation of the north coast of Alicante, what other urgent needs does Albufereta have?

That the politicians fulfill the promises that, on our requests, they have transferred to us and that to date time passes and they do not do it. Among the most important, the Albufereta Beaches Comprehensive Plan, the beautification project of the final section of the channeling of the ravine, the landscape restoration of Puerto Amor, the regulation and urbanization of Villajoyosa and Condomina avenues so that they cease to be express roads with car parks, prevent the rainwater that passes through the channeling of the ravine in the bay from cutting the beach in two, not admit more flows from other towns in the region in the channeling, the covered pavilion in the sports center approved unanimously in a plenary session 2011, or the landscape restoration project in Tossal de Manises.

You have proven to be a strong defender of neighborhood associations. Is it still necessary today?

I am convinced of this, it is necessary to continue so that your demands are granted, with a united neighborhood movement and with the only policy of defending your neighborhood. Neighbors have to become more involved in associations and for young people to join.