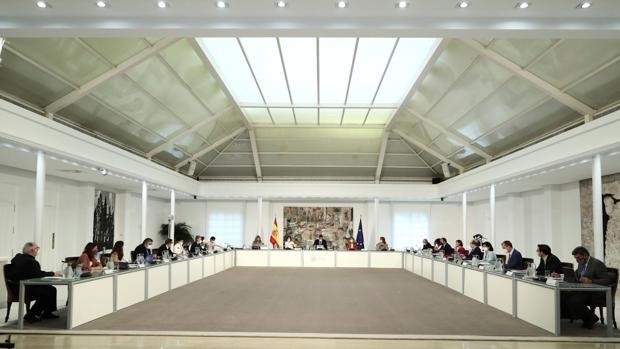 When La Moncloa’s propaganda apparatus is the same that encourages rumors about a government crisis, it is worth asking why it is doing so and not just accepting the lure. First, Vice President Teresa Ribera did it, giving fuel to the idea that Pedro Sánchez is in the process of restructuring the cabinet. Then La Moncloa did it with a statement sent to the press at midnight denying that it was going to be imminent. The real objective was not to deny the proliferation of journalistic information in that sense, but to feed speculation. Never has an executive officially denied speculative information about a government crisis, which has an intrinsic value: Moncloa needs a ‘non-news’ to be amplified.

As a first measure, Sánchez would have to reform the government from top to bottom. For inefficient, for having absent ministers in a limbo without real powers, for keeping others who are only professional demagogues, for the overwhelming accumulation of errors and negligence committed, because we do not paint anything on the international scene and, ultimately, for wear irreversible of decisive ministers in the management of the country. The entire cabinet is scorched, and the marketing techniques with the ‘beautiful government’ have expired. However, despite the fact that there are also well-founded reasons for an Executive with fewer portfolios, the ultimate reason for this unconfirmed crisis is to try to divert public and media attention. Sánchez intends to create a smokescreen so that the pardons, the rise in electricity, the slow vaccination campaign, the diplomatic crisis with Morocco, the regional rebellion against Health, or Sánchez’s inability to close State agreements stop making headlines. with the PP to renew essential constitutional bodies.

Everything points to another design maneuver by La Moncloa that proves that the electoral debacle in Madrid and Sánchez’s credibility crisis have made a dent in his demographic expectations. And if, as is being speculated, that revolution were also extended to the leadership of the PSOE, it would be recognizing that there is a change in the ideological trend in Spain, and that the PP is establishing itself as a real alternative to government. In reality, the Madrid elections were not an oasis in the right-wing desert, nor an anecdotal and punctual result in the paradise of fascism, but a political turning point reflecting a massive government failure. Madrid has not been a local mirage, but the knock that has placed Sánchez before the mirror of his discredit.

If Sánchez encourages rumors, it is because he has become aware that he needs to reverse the incipient change in the cycle that is being seen through the reunification of the right around the PP, the stagnation of Vox and the deficiencies of Citizens. Sánchez is losing the pulse of the legislature, and now it is clearly perceived that he is worried about the ineffectiveness of his government. The Executive is an anomaly in itself, a factor of total chaos, and for a long time it has not even been the aesthetic claim of an exemplary left. No Spaniard speaks of 2050 except with sarcasm, and the fiscal sablazo is an unprecedented tax increase, and not a good-natured alibi to be better Spaniards. Sánchez knows that he is not being taken seriously. That is why he wants to give entertainment to the media and appear as the concerned statesman who is considering a better government. But its wear and tear won’t go away because of that. If you don’t gauge the ultimate cause of your deterioration, you will continue to fail. And all of Spain with him.