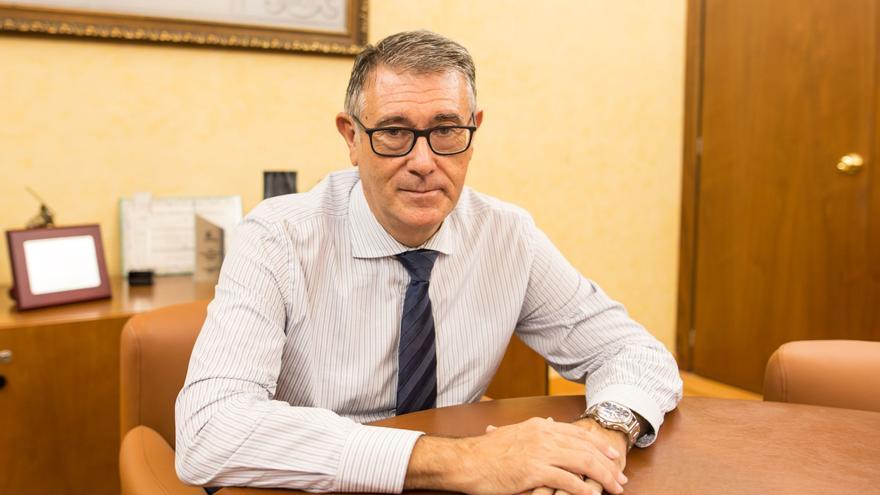 The Segura Hydrographic Confederation (CHS) It is the management, regulator and maintainer of the waters, irrigation and actions of the Segura river basin and its tributaries; management that is characterized both by the reconciliation of the legitimate interests of the different users throughout the four autonomous communities (Murcia, Castilla-La Mancha, Valencian Community and Andalusia), as well as by the protection of the natural environment dependent on these resources.

The Segura basin is hydrologically characterized by presenting a structural deficit as well as by the recurrent presentation of extreme meteorological phenomena, both floods and droughts. In relation to the latter, it has been developed a water culture focused on the optimal use of available resources, both for consumption

The province of Alicante suffers, every year, a significant water deficit … What future awaits us?

The figure for the water deficit is under review, in the drafting of the current hydrological plan. However, I am personally optimistic: the province of Alicante is full of entrepreneurs in the agriculture sector, and irrigators have known how to adapt to the circumstances of scarcity and price of the resource, looking for products that make the exploitation as profitable as possible.

On the other hand, in the field of urban supply there is no guarantee problem. The Mancomunidad de los Canales del Taibilla (MCT) supplies the joint town councils with the water they need for supply and industrial uses. As you know, the MCT has two desalination plants in Alicante and also receives water from both the basin, specifically the Taibilla River, and the Tajo-Segura transfer, and when it has required additional resources Due to a drought situation, groundwater has been supplied.

Tajo-Segura Transfer: Are you in favor of it being active? Or is it necessary to cut it as it seems that the CEDEX technicians point out?

Of course I am in favor of keeping it active. The unique exploitation system of the Segura basin is in deficit and needs external resources to cover its deficit. Specifically, in the province of Alicante, the Irrigation Communities receive 30% of the total transferred in each shipment.

But what we must also bear in mind is that the headwaters of the Tagus receive fewer contributions and, consequently, have fewer resources available in annual average computation, so alternatives should be sought. In our case, with desalination it is possible to cover part of this lack of volume, this is what our planning calls “complementary resource“, Never a substitute.

We hope to conclude the concession process for the Torrevieja desalination plant in the first half of the year, which will increase the guarantee of the uses associated with the Tajo-Segura Aqueduct (ATS), the purpose of the aforementioned facility.

However, I would like to remind you that Since the beginning of my mandate, there has been no lack of water for any user of the Tajo-Segura Transfer, whenever they have needed resources, they have been provided. A different issue is the decision that is finally adopted in relation to the ecological flows in the Tagus.

And what is your opinion about ecological flows?

I have been arguing that it is technically and scientifically compatible with ecological flows in the Tagus that seek to achieve the good state of its water masses with adequate surpluses for the southeast of Spain and that they do not put at risk the socio-economic activity linked to these resources.

Interpretations have been generated that, from other areas, not exclusively technical and scientific, even indicate questions of legality, concluding that ecological flows have to be increase substantially. It should be clarified that this is not the caseI recommend reading the judgment of the Supreme Court that indicates, as it cannot be otherwise, that ecological flows have to be determined by established administrative procedures without considering any figure.

What the judgment is: “From the regulatory framework that has just been synthesized, it follows, therefore, that there must be a balance between satisfying water demands and considering concession regimes, on the one hand, and the need to ensure the maintenance of the ecological flow. ”. We trust that this reminder of the sentence will be taken into account.

How is the evolution of the works so that the Vega Baja does not flood again at the next DANA? Meteorologists announce that torrential rains will become increasingly frequent and virulent …

All the actions that were screened on the occasion of DANA, for an approximate amount of 19 million euros, are finished, so we are currently in a better situation than before that terrible episode happened.

We have extracted lessons from those days, basically in relation to how to manage an emergency of that magnitude. Internal protocols are being applied to achieve -if it is possible- best answers, although I must insist that what was done by the personnel of HPP Segura in those days was what should be done, since unfortunately similar phenomena had been periodically managed, although never of such magnitude. The avenues are not alien or unknown to the staff of this organization.

How are you collaborating with the Polytechnic University of Valencia?

The CHS has processed with the Polytechnic University of Valencia the drafting of a Master Plan that includes a study of alternatives, with possible solutions that contribute to reduce the vulnerability of the problem suffered by the Vega Baja whenever persistent heavy rains occur. We hope, in the coming months, to be able to present it to the Generalitat Valenciana and to the town councils: only with a broad consensus among the three administrations concerned will be able to successfully undertake such actions.

The farmers maintain that the water from the transfer has a higher quality and a better price than the desalinated one … What works are being undertaken to improve the water used by irrigators?

The water quality problem in the traditional irrigation systems of the Vega Baja is usually associated with high conductivity episodes, basically due to the irrigation returns that the traditional Azarbes system uses. We try to solve this by injecting good quality water into the system through the siphon, upstream from the city of Orihuela.

However, the quality is different: the transfer It is distributed through its channels and intakes independent from those of the river, and therefore it has better quality.

On the other hand, desalinated water quality is suitable for irrigationIn addition, users usually mix it with other resources and manage to improve it a lot.

Regarding boron, I inform you that the CHS performs permanent analyzes in the Pedrera reservoir and in the canals. The basin plan sets parameters that cannot be exceeded if the water producer wants to continue supplying water to irrigators.

Cleaning of the river Segura in Guardamar.

What are your plans this year for cleaning the waterways? Especially for the mouth of the Segura in Guardamar …

The CHS currently has five floating chains (Orihuela (2), Alfeitami, Benijofar and Rojales) and a floating barrier in Guardamar del Segura. Cleaning in each of them is carried out when accumulation is observed; As an example, from August 2020 to January 2021, more than 6,530 kg of plastics, 82,555 kg of pruning remains, 56,810 kg of wood and 3,880 kg of glass have been removed, to which must be added the removal of 380 dead animals. Everything has been taken to authorized landfills. It is very important that citizens are aware that the river is everyone’s business, we must all take care of it and conserve it.

We are in contact with the town councils, the Waste Management Consortium, the Water Courts, the Irrigation Communities and the Generalitat Valenciana to arbitrate a system for collecting waste directly in the random areas and ditches, which will cause less discharges to reach the riverbed and greatly improve its quality and visual impact, we cannot afford to have a river in the conditions in which we have it at the mouth.