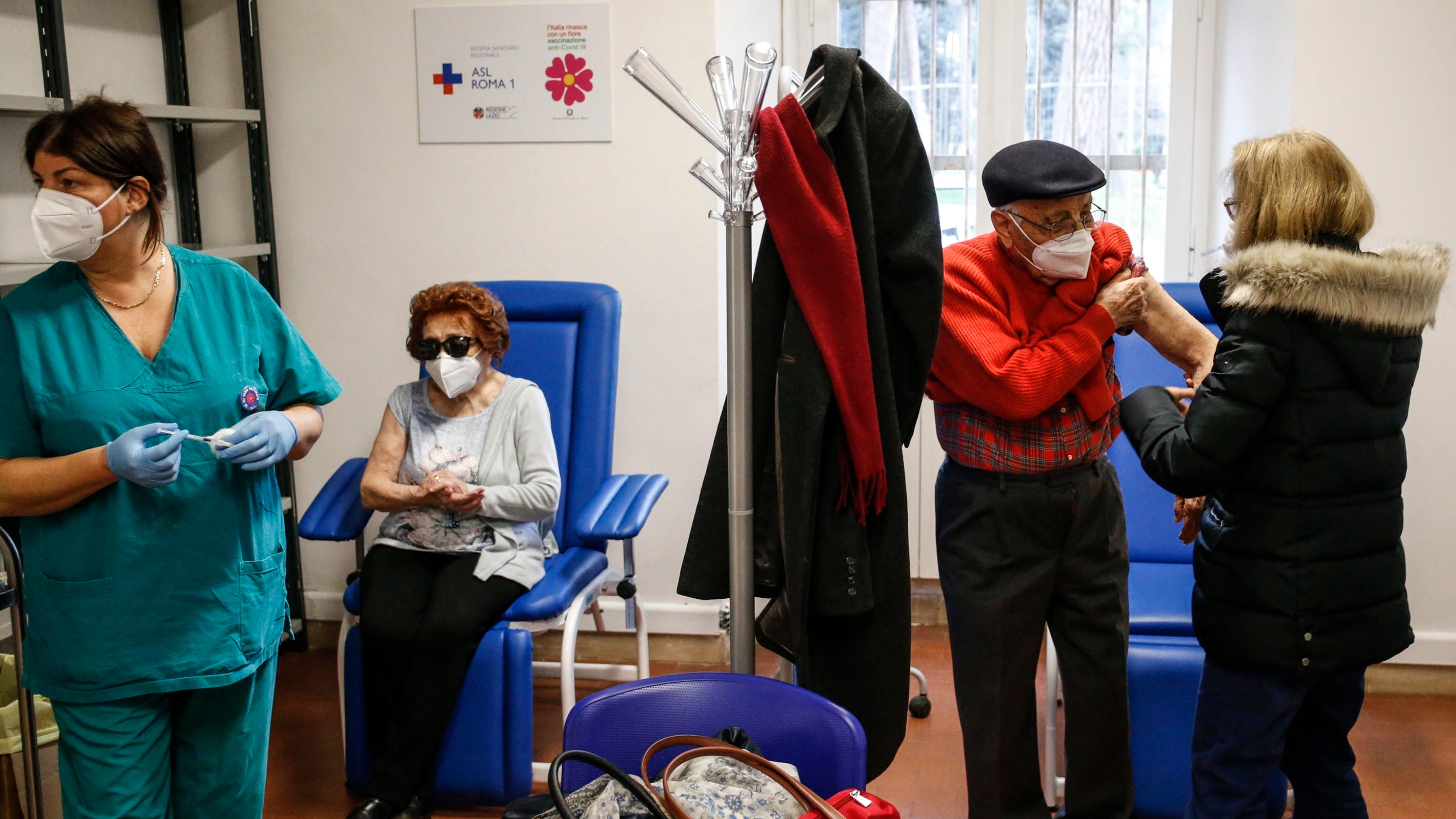 The Government of Mario Draghi has made its first major decision regarding the restriction measures that Italy will have to take until the third wave is completely controlled. The meeting of the Council of Ministers this Friday has agreed that all the regions that were right now in the yellow band (slight restrictions), will automatically go to the orange zone as of Monday. Others will be transformed into a red zone directly. In addition, the days in which Easter will be celebrated, from April 3 to 5, the confinement will be total. Draghi has decided that Italy must protect itself as much as possible until the vaccination campaign, still in an initial phase, is more advanced. Around two-thirds of the country will go into lockdown starting Monday, as it already happened at Christmas.

The decree law approved by the Council of Ministers foresees that the criteria for entering the red zone will be reduced: an incidence of more than 250 accumulated cases weekly per 100,000 inhabitants. The disappearance of the yellow zone, in addition, entails the automatic closure of all the hospitality industry as of Monday. The change of rules has been widely requested by the technicians of the Ministry of Health due to the risk of the new variants and the increase in cases: 25,673 new infections (the highest figure since November 28) and 332 registered deaths. For this reason, the autonomous provinces of Trento and Bolzano will be confined. But also the regions of Lombardia, Emilia-Romagna, Piedmont, Veneto, Friuli Venezia Giulia, Lazio, Marche, Basilicata and Campania (it was already a red zone). The rest, with the exception of Sardinia, become the orange zone.

Italy, which this week exceeded the barrier of 100,000 deaths from the virus, is experiencing a sharp increase in infections and deaths, largely due to the British variant. Although the country launched its vaccination plan in late December, deliveries have slowed considerably and only 1.8 million people – out of a population of 60 million – had received two doses of the vaccine as of Friday. “One year after the start of the health emergency, we are unfortunately facing a new wave,” said Draghi after visiting the vaccination center at the Roman airport in Fiumicino.

The new regulations also provide that the presidents of regions or autonomous provinces can proclaim a red zone or extend restrictions in places where the incidence exceeds 250 cases per 100,000 inhabitants. Also in areas where the variants of the virus generate a high risk of diffusion. The red zone, unlike the old rules, will also imply the interruption of face-to-face classes in all schools. Including children from 0 to 3 years old, something that had not happened until now and that will cause complex situations in many families.

Visits to friends and relatives in the red zone will also be prohibited. At Christmas, Italy allowed a single trip to be made once a day, a maximum of two people. Nor will it be allowed to open hairdressers and beauty centers, as happened in the past with services that were in the red zone.