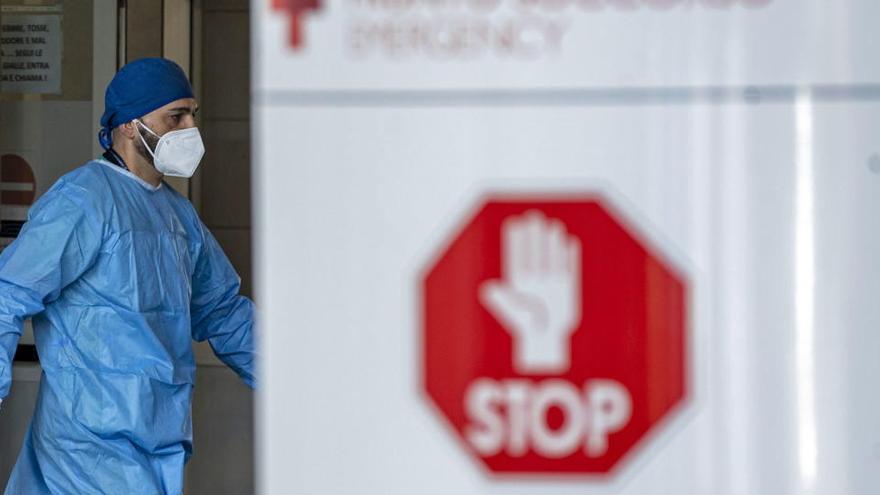 The Italian Government impose a nationwide curfew and temporarily close museums and arcades, as well as shopping centers on holidays, according to the new decree that will be approved between this Monday and Tuesday to stop the coronavirus pandemic.

The Prime Minister, Giuseppe Conte, explained this Monday in a parliamentary appearance the measures that your cabinet wants to implement and that you will put to a vote in the Chamber of Deputies and in the Senate, to be later approved by the Council of Ministers.

According to the contagions

The decree will also include restrictive actions directed at regions with the highest level of contagion and it will establish three phases depending on the risk, after some, such as Lombardy, the hardest hit by the pandemic, accumulate about 8,000 new cases a day on average in recent days.

Government avoid indiscriminate application of policies for all regions -which would penalize those with fewer cases- as when in spring it implemented national confinement without taking into account the level of infections by areas.

“It is necessary to introduce a differentiated regime based on the different regional scenarios“Conte pointed out, a decision that Lombardia’s president, Attilio Fontana, does not like, who has recently called for the same measures for the entire country.

The regions will pass from one phase to another depending on their “risk of contagion” and it will be established by the Ministry of Health.

The Executive is still defining this plan with the regional authorities, so Conte did not advance any measures and cited only those that will be applied at the national level.

“For the entire national territory, where high risk levels are indicated, we want to intervene only with some specific measures that help to reinforce the contagion containment plan, which we are already pursuing with the three decrees (approved in recent months), particularly with the latter “, he highlighted.

Across the country there will be a curfew, which it will start “late in the afternoon,” Conte said, without giving the exact time.

This restriction on mobility may be avoided in case of justified “work, study, health or necessity” reasons.

The latest decree, which came into force on October 26, it closed theaters, cinemas, concert halls, gyms and swimming pools and limited the opening of bars and restaurants until 6:00 p.m. (5:00 p.m. GMT).

Along these lines, the Government now raises close “museums and exhibitions” and also “gambling and video game spaces”.

The holidays and the eve of holidays will close “shopping centers, with the exception of pharmacies, parapharmacies, food stores and tobacconists “, he indicated.

Is wanted reduce to 50% the capacity in local public media and limit “the movements from and to the regions that present a high risk coefficient, unless reasons of work, study, health or situations of need are argued “.

Finally, he bet on the possibility that the second grade secondary school students attend classes electronically, a move he hoped to be “temporary.”

Italy already accumulates 709,335 total cases of contagion, including 38,826 deaths, since February 21, when the national emergency began.

The country has seen how its transmission curve has skyrocketed in recent weeks and last Friday it exceeded 30,000 new infections in 24 hours for the first time in the pandemic.

Conte acknowledged that Italy is experiencing a “rapid worsening of the epidemiological curve” and that “the picture is critical, especially in some autonomous regions and provinces.”

However, he insisted on several occasions that This second wave is different from the first, in which Italy is prepared to respond better, in which “the severity (of the disease in those infected) seems diverse and lower” and in which more tests are being carried out: about 200,000 on average a day compared to the 25,000 that were practiced at the beginning of the pandemic. “We hope to reach 350,000 tests in 24 hours in the next few days,” he advanced.

The head of the Italian Government also said be aware of “frustration, boredom and anger” of citizens, especially from business owners affected by the recent closures and who have been protesting and demonstrating in various cities around the country for days.

But he indicated that these prohibitions are necessary, appealed to individual responsibility and assured that “the more the curve is controlled, the more political actions that damage the economic fabric can be avoided.”