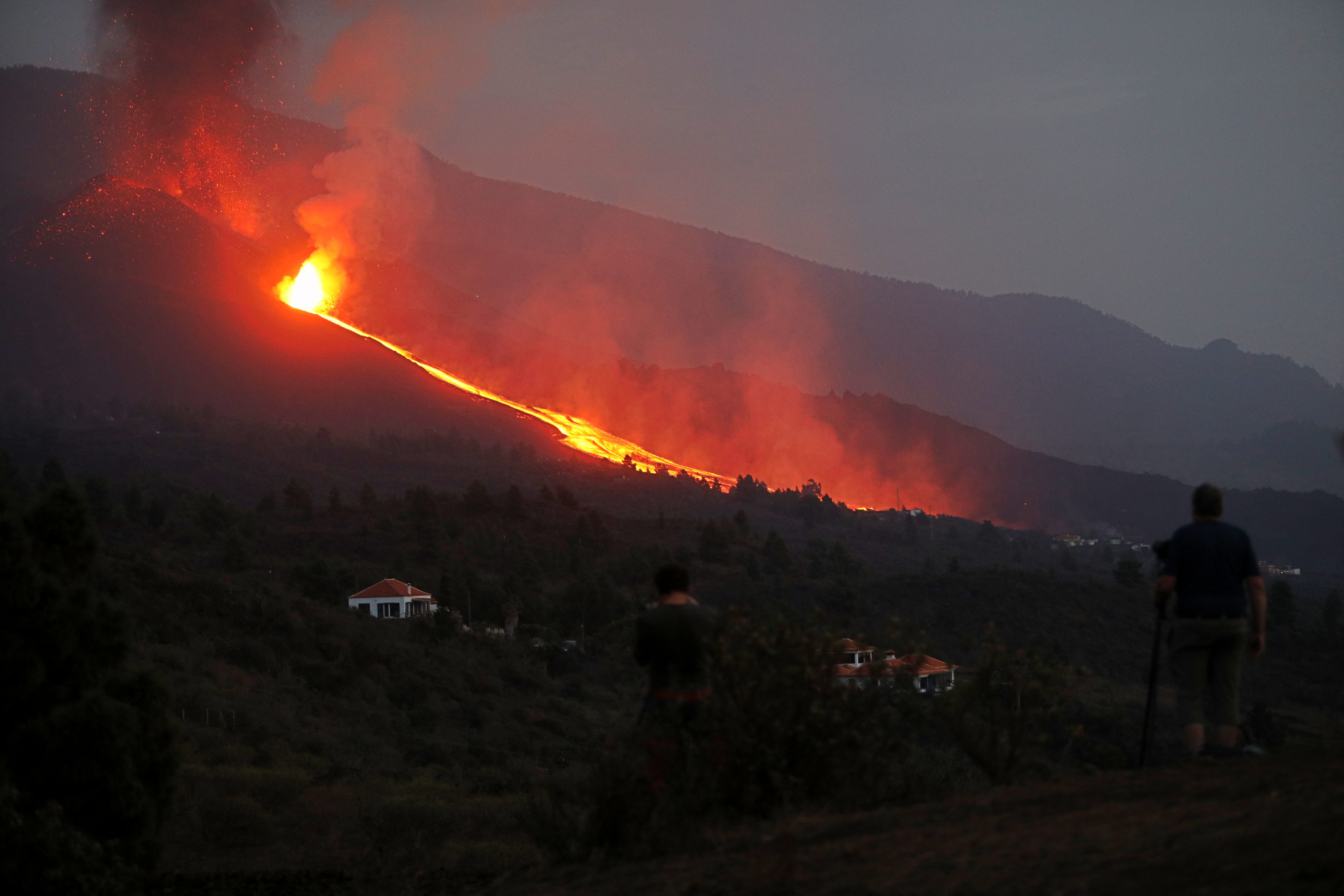 It was an hour before midnight in the Canary Islands when the lava flow emanating from the volcano that broke in Cabeza de Vaca, on the island of La Palma, emptied into the sea. It was predictable, although the rhythms of the eruption and the orography of the Aridane valley made it doubtful if it would arrive and, above all, where it was going to run. The models indicated that the slopes of the terrain would carry the hot tongue up that slope to the cliffs. Therefore, the natural thing would be that for the moment it continues to flow where the terrain dictates. But it does not have to follow the same channel permanently just because it has hit water at that point.

The volcanologist Ramón Casillas, a member of the scientific committee of the emergency plan, considers that the idea that now the lava will remain stable on that path is a “somewhat mythological” conception. “It doesn’t really have to be that way, the laundry can flow through other places and leave that channel,” says Casillas, from the University of La Laguna. “It is true that the main flow is located there, but there are other points where the laundry continues to move,” he adds.

This eruption has released 50 million cubic meters in eight days; that of the Teneguía spit 43 million in more than three and a half weeks

Precisely, the direction of the emergency plan stressed that, although the lava has reached the sea, the eruption has not stabilized and must continue to be observed. Vicente Soler, from the IPNA-CSIC, considers the arrival of the wash to the coast as good news: “The fact that it connects directly with the sea cliff represents the most favorable situation so that the wash does not continue invading new lands as it has done up to now.” According to this volcanologist, which is also part of the scientific committee, any interruption of the activity of the eruptive center, or the opening of a new mouth, would surely lead to a new language that would have to find its way to the sea again.

Teresa Ubide, from the University of Queensland, believes that “the natural thing is that it follows this course at the moment, because the topography is taking it there, but there may be changes”. “It is difficult to know, but if the lava continues to take the same course that it is maintaining until now, it leads it to the sea that way. But that does not mean that there are not other courses as well ”, adds the expert.

“It is not necessarily going to create a channel and everything is going that way. Hopefully, but no “

The volcanologist Natividad Luengo Oroz, who is following the crisis from Tenerife together with the National Geographic Institute (IGN), considers that both scenarios are possible. If the lava has decided to flow through there to the sea, it is a circumstance that could help stabilize that River, explains Luengo, “but it is not necessarily going to create a channel so that everything goes there. Hopefully, but no ”. Lava could cool down, he explains, changing the course of the lava that follows. It may even be that an emission from the same mouth flows further to a different side of the mountain.

Until now, Luengo points out, the lava has done what was planned, arriving at the sea where it was expected, surrounding the mountain from the south. And in theory, the normal thing is that now it is flooding the relief, as it has happened until now. But once those ravines and passages are covered, it can begin to expand in other directions: “Nothing is 100% certain; This is not like a river in its course, it is much denser, it fills the lower areas topographically, but as soon as it does it it continues upwards ”, he indicates. In these lava tongues, there are wash fronts that are more than 1️2️ and 15️ meters high.

“The natural thing is that it follows this channel, because the topography is taking it there, but there may be changes”

In eight days, this eruption had released 50 million cubic meters of magmatic material, when that of Teneguía (another volcano on La Palma, which erupted in 1971) spit out 43 million in more than three and a half weeks. And palm eruptions tend to last between one and three months, so in that case there is a lot of material left that can overflow the current torrent.

For this reason, Ubide explains, the IGN is preparing permanent calculations for probability and danger maps, which are updated taking into account possible changes. “If there is a lot of volume, the topography can change and that is why the probability maps are changed to know where the runoffs are going to go,” he says. As Carmen López, director of the IGN observatory, announced the day after the eruption, this body had already provided Civil Protection with a map of probable routes for the wash, which are adapting to the developments in the development of the volcanic crisis. The volcanologist Ramón Casillas agrees that there is a “not entirely correct conception that if the fire reaches the water, then everything ends”. “But it is not like that: the lava continues to advance in other places, behind there are other arms.”